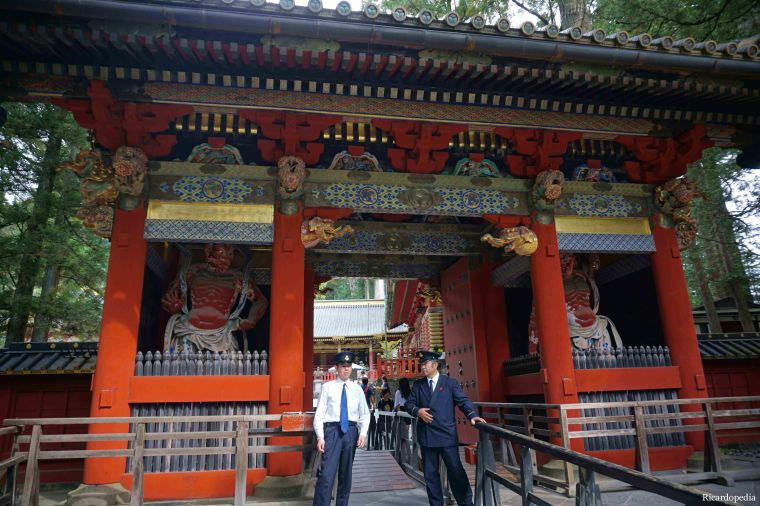 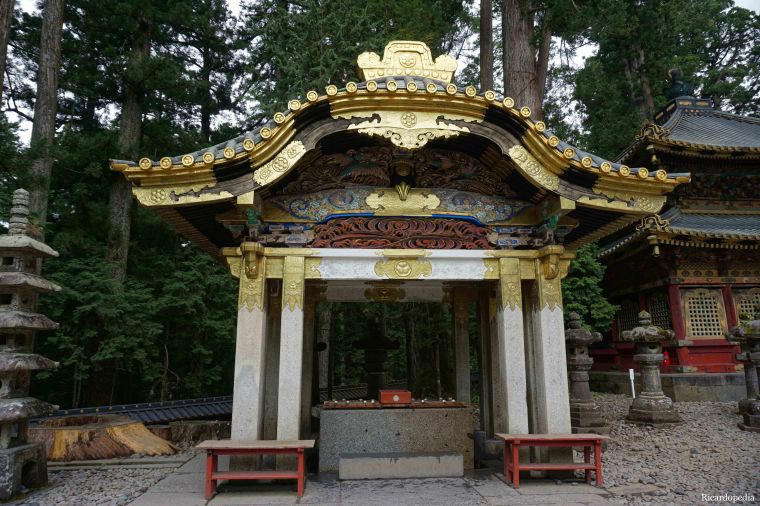 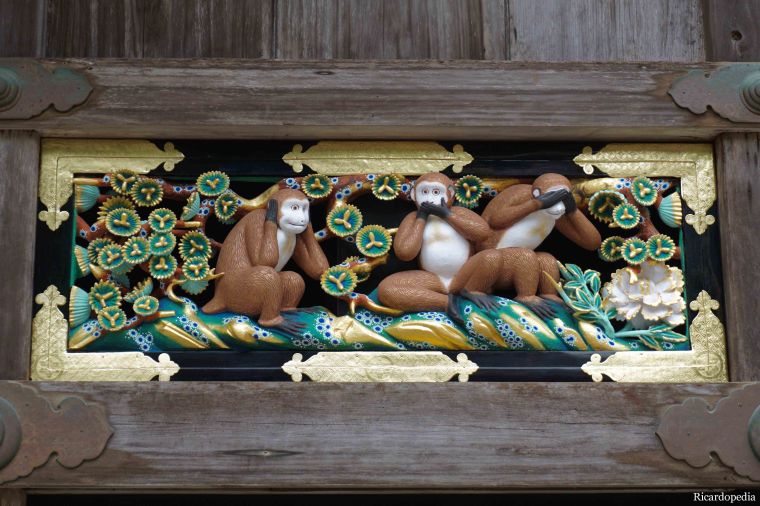 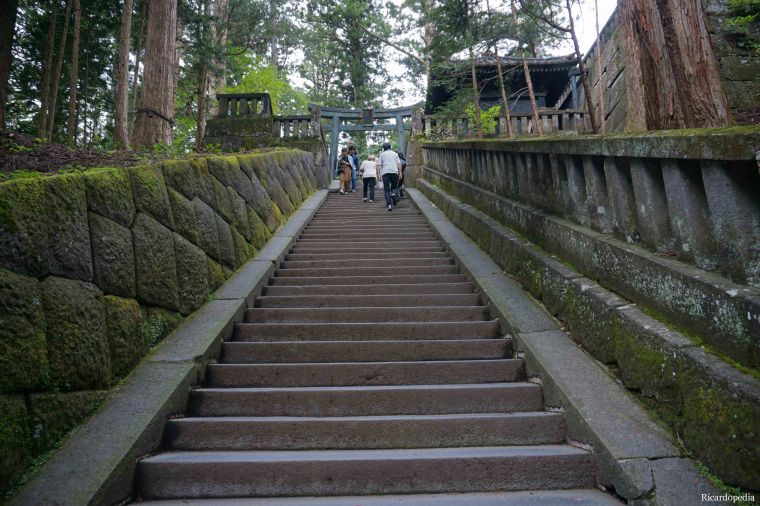 My first bit of sightseeing in the mountain town of Nikko was at the Toshogu Shrine. The shrine holds the remains of Tokugawa Ieyasu, the founder of the Tokugawa Shogunate. Toshogu is Nikko’s most popular attraction and the crowds were already arriving when I got to the shrine’s main entrance. Among them were several groups of young school kids that all had matching hats. A number of them tried talking to me, though the extent of their English appeared to be “Hello, how are you?”

The Toshogu Shrine was easily the most decorated shrine that I saw in Japan. There are wood carvings and gold leaf all over the place and on the side of one of the storehouses you can also find the shrine’s famous “hear no evil, speak no evil, see no evil” monkeys. Toshogu was having some minor restoration work done on it when I was there, with one section of the main building covered in scaffolding, but otherwise everything was uncovered. Sadly, photography is not allowed inside the main shrine building, so I can’t show anything from in there. Interestingly, Tokugawa’s mausoleum is off to the side and up a long flight of stairs. Toshogu may have originally been built for Tokugawa but all the lavishly decorated buildings that were constructed in the years afterwards are now the main show.