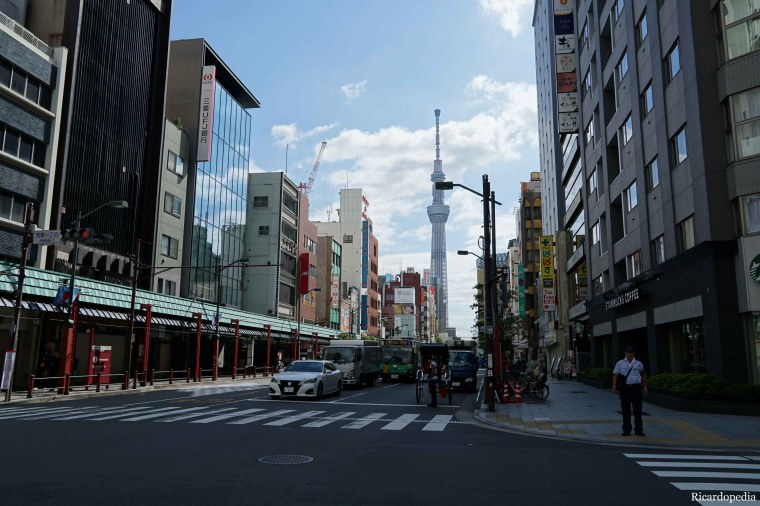 Today I’m kicking off a new series of travel posts related to last year’s journey across Japan and Korea with the first photo I took in Japan with my main camera. This isn’t the first photo of the trip itself—that distinction goes to photos of my plane that I took with my phone at the airport—but it is the first photo I captured after arriving in Tokyo. I was once again back in Asakusa and walking down Kaminarimon-dori St with the Tokyo Skytree looming ahead of me in the distance. At the intersection with a Starbucks I turned on my camera and took this first shot. As you can see, the composition is a bit off, but that’s kind of fitting, given that my first day when traveling abroad usually involves me making a few small mistakes. From this intersection I continued down the street a short distance until I got to the Kaminarimon Gate where I’d begin my sightseeing.