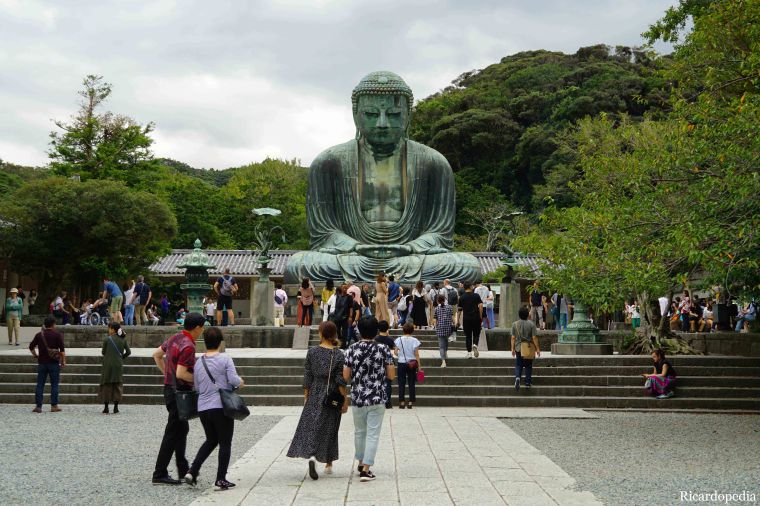 After arriving at Kamakura Station I walked through town to the Daibutsu, aka the Great Buddha. Kamakura is home to the second largest bronze Buddha statue in Japan (the largest is in Nara) and the statue is located within Kotokuin Temple. The Great Buddha was cast sometime around 1252 and original it was inside a temple building but the structures that housed the Great Buddha were repeatedly destroyed by natural disasters and after 1498 it was left to stand outside. Maybe the monks just got tired of having to rebuild the statue’s house. Though there are other temples buildings at Kotokuin, the Great Buddha is the main attraction and it’s probably the most visited place in Kamakura. 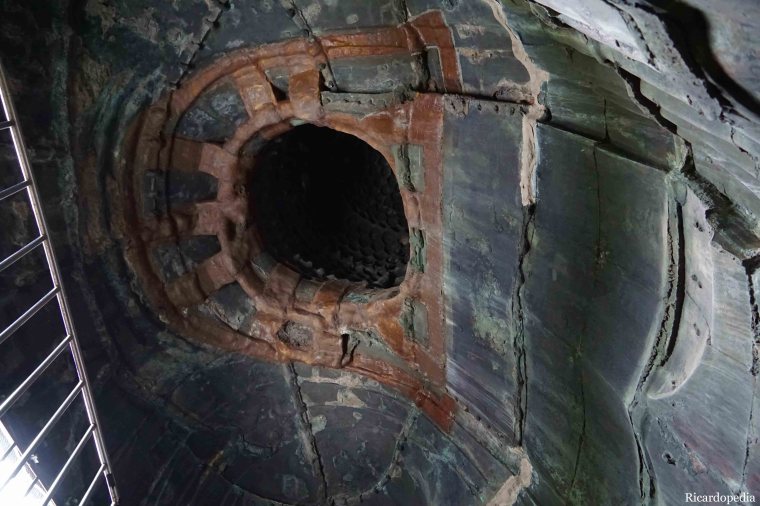 On the day that I visited the Great Buddha the statue’s interior was open to visitors. The inside of the Buddha is hollow and if you go in there you can see all the individual bronze pieces that were combined to make the completed statue. I imagine that the Buddha’s insides are closed on hot summer days, since the summertime heat probably turns the statue into an oven.