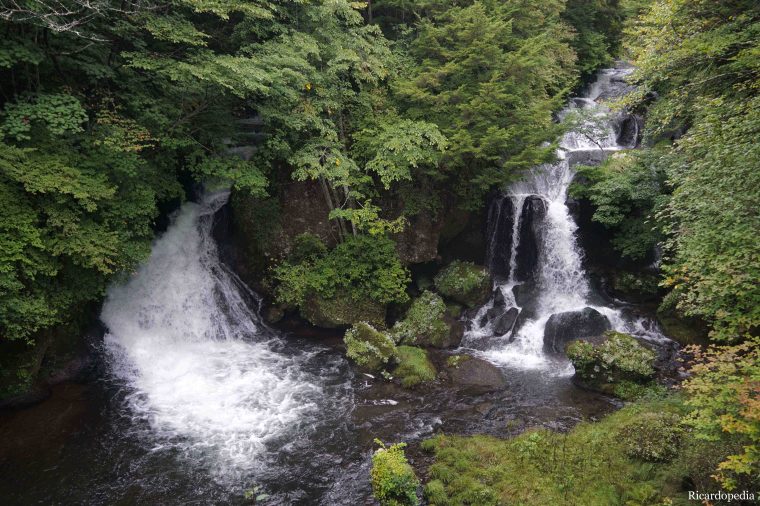 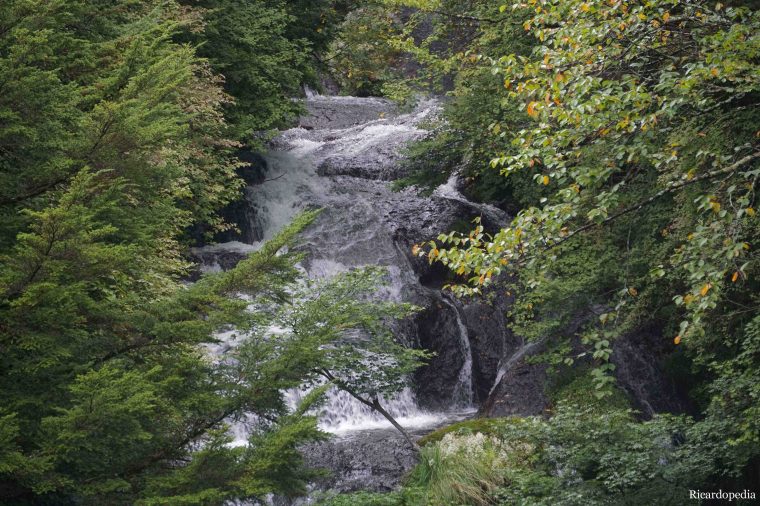 The rain steadily intensified as the bus moved west along Lake Chuzenji’s north shore and at the Ryuzu Waterfall stop I got off and walked over to the lower part of the falls. Ryuzu Waterfall translates to “dragon head waterfall” and in the autumn the trees around the waterfall turn red and yellow. On the day that I visited it was too early for autumn colors, but thankfully the free viewing platform for the lower falls (which is in the back of a souvenir shop) had a roof that let me be out of the rain while taking photos. The rain also had a small bonus in that it was discouraging other tourists from visiting the waterfall that day, allowing me to take photos and enjoy the scenery without having to deal with crowds. 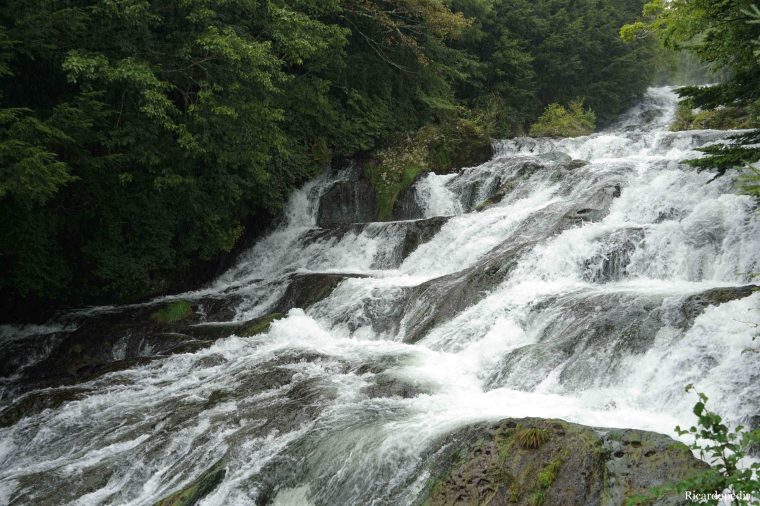 From the lower falls area I followed a walking trail a short distance to the upper falls. Up there the river surges downhill towards Lake Chuzenji, creating a series of rapids and whitewater. A bridge crosses over the river at one point and on clearer days you can see the lake from up there. The rain was coming down really hard as I was out on the bridge and I imagine if anyone was watching it looked a bit weird to see me standing there, awkwardly holding my umbrella and camera at the same time. After a few minutes I came back down to the lower falls and then hiked down to the north shore of Lake Chuzenji, where I’d finish my day.