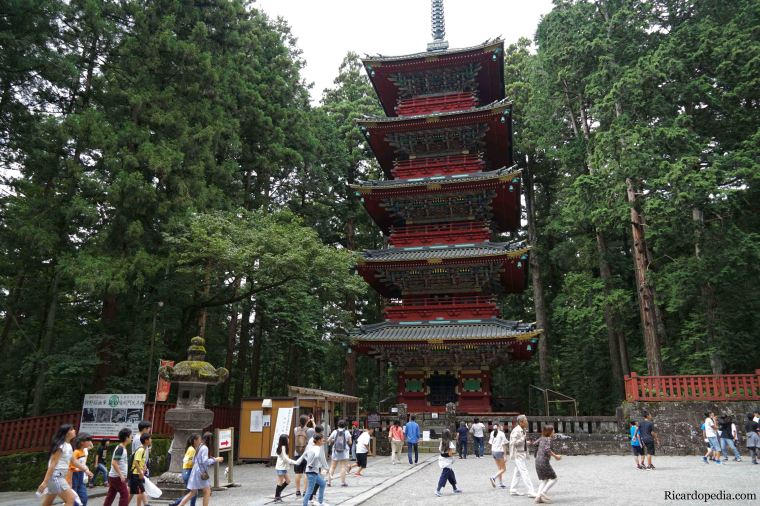 My first bit of sightseeing on my final day in Nikko was at the Toshogu Shrine. The shrine holds the remains of Tokugawa Ieyasu, the founder of the Tokugawa Shogunate. There were already several busloads of visitors and multiple school groups at the shrine when I arrived, which is to be expected at a place as popular as Toshogu. Outside the shrine’s paid entrance is a five-story pagoda but it wasn’t open to the public on the day I visited. After purchasing my ticket I passed through the red outer gate and started my tour.

While walking around the shrine grounds there’s some interesting artwork you can find on some of the storehouses. One of them has a depiction of elephants that was clearly made by an artist who only had second-hand knowledge of what elephants look like. Nearby the elephant storehouse is another building with the shrine’s famous “hear no evil, speak no evil, see no evil” monkeys. 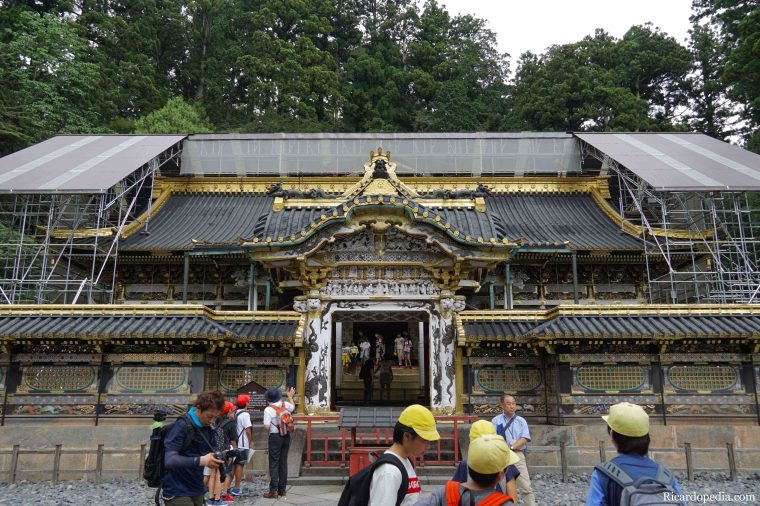 Toshogu Shrine is easily the most decorated shrine I’ve seen in Japan and while photography is prohibited inside its halls I can show you the craftsmanship on the outside of Toshogu’s buildings and gates. Originally Toshogu was fairly plain but Ieyasu’s grandson Iemitsu pumped a lot of money into enlarging and beautifying the shrine in the 1600s. If you’re able to visit Toshogu in person the two buildings you’ll want to check out are the main hall and Honjido Hall. The main hall was partially covered for renovation when I visited but the interior was completely open. It is meant to honor the spirit Ieyasu, along with the spirits of Toyotomi Hideyoshi and Minamoto Yoritomo, two other important historical figures. Honjido Hall is located to the left of Yomeimon Gate (the gate covered in gold leaf and white dragons and lions) and houses the “crying dragon” painting on the ceiling of one of its rooms. The room with the crying dragon makes a very particular echo when two pieces of wood are clapped directly beneath the dragon and a priest was giving visitors a demonstration when I was there. 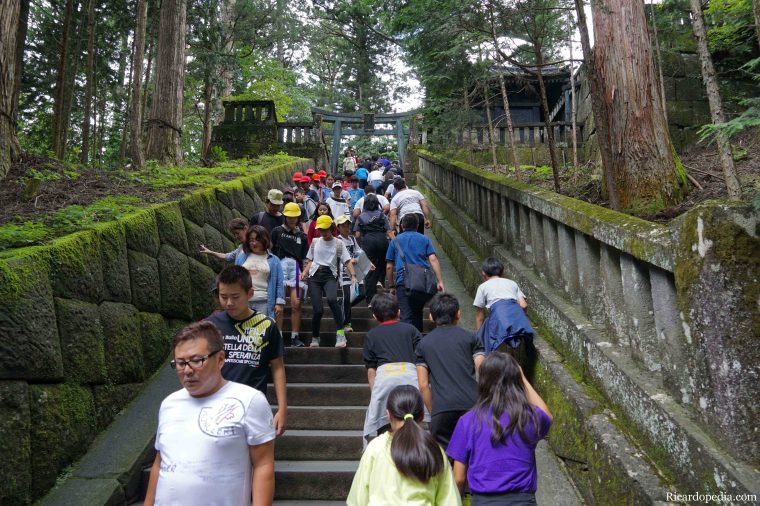 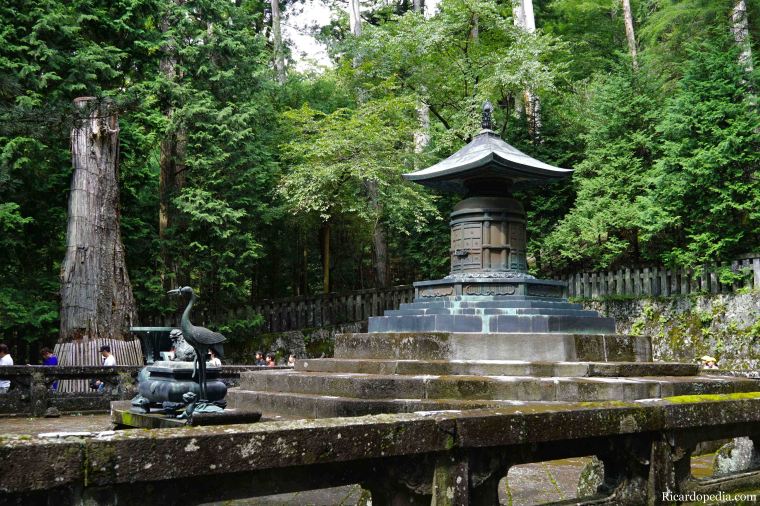 To reach the actual tomb of Ieyasu you’ll go to the right of the main building and pass under a woodcarving of a sleeping cat that’s called the Nemurineko. A stone pathway through the woods and a few flights of stairs lead up to the mausoleum, which is less ornate than the rest of Toshogu but still a dignified burial site for one of Japan’s most influential leaders. 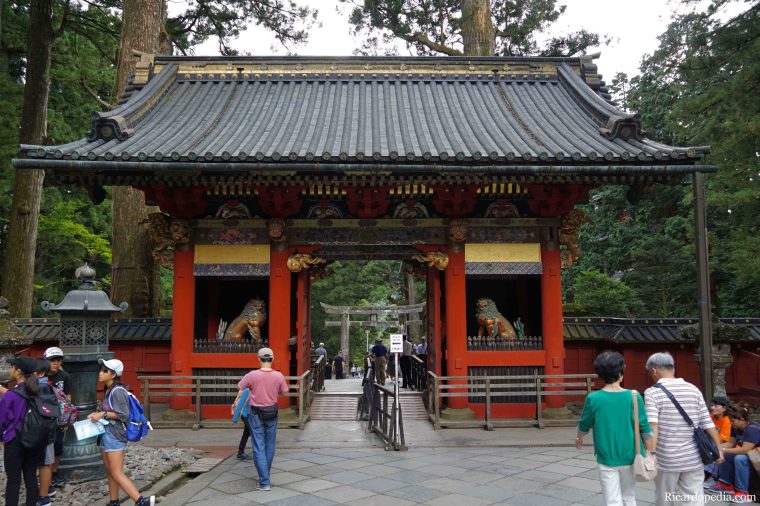 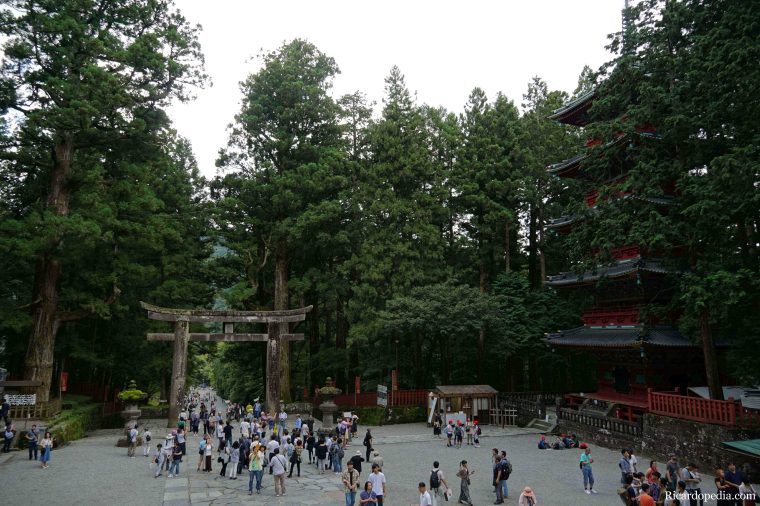 When I finished walking around Ieyasu’s tomb I came back down to the main shrine area and then made my way out of Toshogu. I would have been fine staying there a while longer but I had several other places I wanted to visit that day before leaving Nikko, so I continued on with my sightseeing.