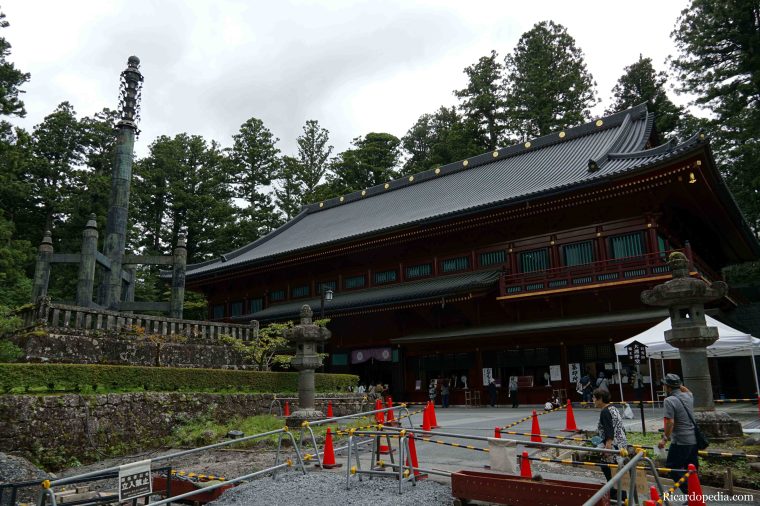 Before leaving Nikko’s World Heritage Sites I stopped by Rinnoji Temple for a short visit. Rinnoji is considered Nikko’s most important temple and it was founded in 766 by the monk who brought Buddhism to Nikko. The temple houses three large wooden statues of Buddhist deities that are covered in gold and are Buddhist versions of the three mountain deities that are honored at Futarasan Shrine. While I can’t show you any photos of the temple’s interior I think it’s a worthwhile place to visit if you’re in Nikko, and so I decided to publish a post about it today. A little bit of renovation work was being done outside the temple when I was there but the temple itself was unaffected.