My second stop in the region near Biei was at Patchwork Road. Like Panorama Road, Patchwork Road is not so much an individual road as it is a general area. The particular spot I visited was at the Hokusai Hill Observatory. As I pulled into the parking lot the rain was still coming down hard and I ate a few snacks in the car before venturing out. Among the food I had bought from a Lawson Station in Sapporo was a bottle of guarana soda, which had an interesting flavor but not one that I was eager to try again. 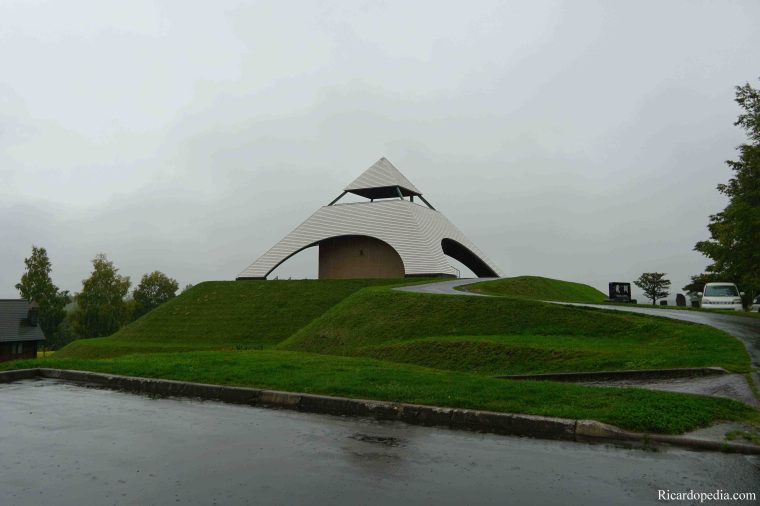 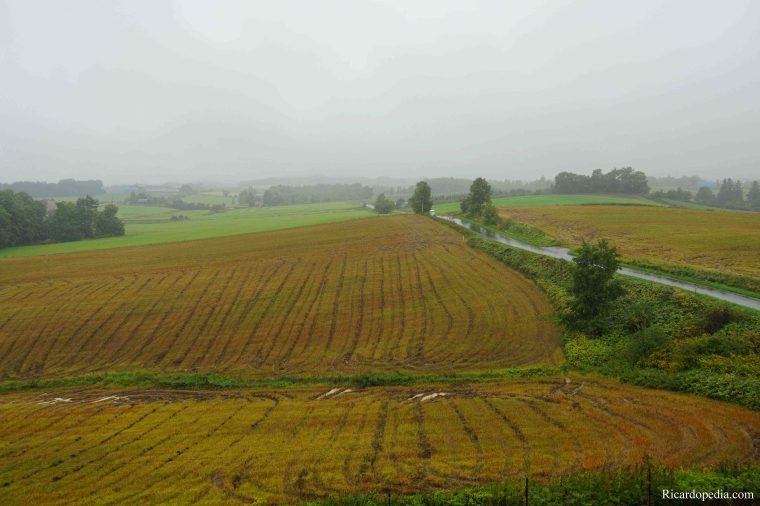 At the Hokusai Hill Observatory is a small pyramid tower on a hill that looks out on the surrounding countryside. Low clouds and rain from the storm meant I couldn’t see quite as far as I would have been able to on a clear day but it was still a fairly good view. This is another place in Hokkaido that I’ll need to try to revisit at some point in the future and hopefully during better weather. 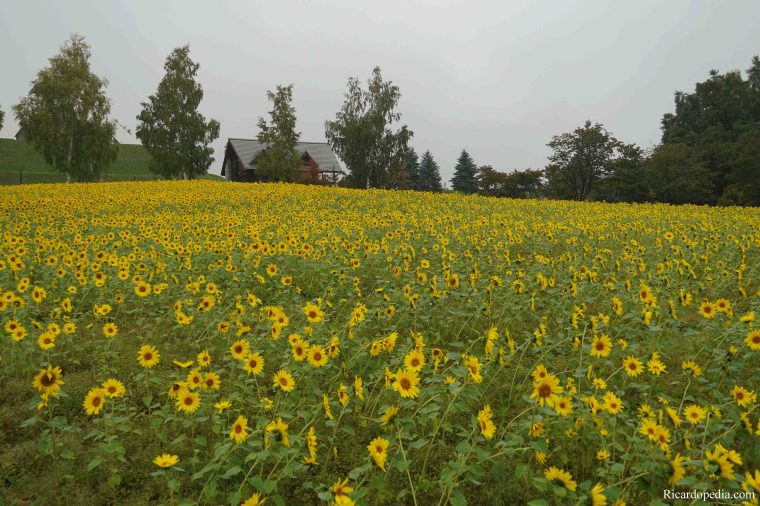 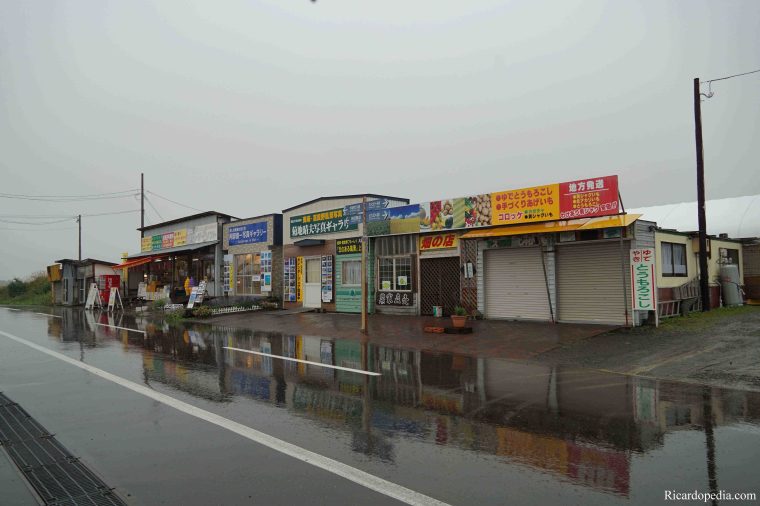 Though most of the flowers in the area were already gone for the year there were a few patches below the tower that were still in bloom. A small field of sunflowers was taking a beating from the storm but refusing to be kept down. I walked around the area by the observatory for about twenty minutes and before leaving I went across the street and got some really good lavender-vanilla mix ice cream from one of the shops. There weren’t that many other people visiting the observatory that day due to the rain, but on the plus side I got have the place all to myself for about half the time I was there.