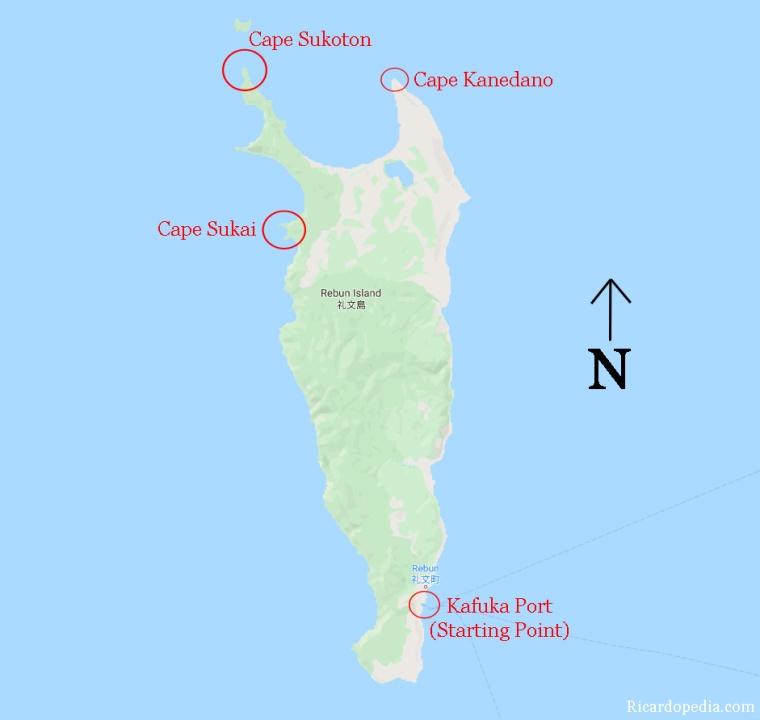 Since I had left my car behind at Wakkanai I’d be using a bicycle to explore Rebun Island. One of the staff from Pension U-NI- called a bicycle rental shop next to the ferry port to reserve a bicycle for me and then drove me down to the shop and helped me complete the rental since the shop owner didn’t speak English. For my day exploring Rebun Island I’d be riding a basic 3-speed bicycle with no electric motor assistance. Before leaving for the rental shop I had gone over the map of Rebun Island and my intended cycling route with the staffer from Pension U-NI- and he was a bit concerned that I wouldn’t be able to complete it in a single day but I assured him that I would be able to handle it. In total, I’d be bicycling about 39 miles (62.7 km) that day. For reference I’ve included a Google Maps screenshot above with the starting point circled along with a few notable places I visited out in the distant parts of Rebun. Once I had filled out the paperwork and paid for my rental I took a photo of the bicycle with my phone and then began a long day of riding around the island.