I continued my tour of Gyeongbokgung Palace by next visiting the Jibokjae, which roughly translates to “Hall of Collecting Jade”. This was the king’s personal library and you might notice that it looks a little different from other buildings at Gyeongbokgung. The Jibokjae appears to have been heavily influenced by Chinese architecture, perhaps because the architect was himself Chinese or maybe a Korean who had spent time in China. Inside the library is a collection of Korean books and some interesting, albeit faded, artwork on the ceiling. 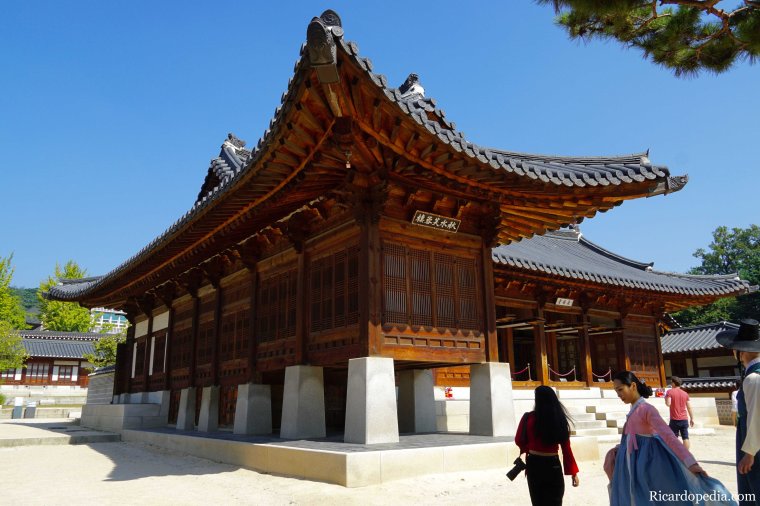 Right by the library is the Geoncheonggung Residence. This was a private royal residence that was added to the palace in 1873 by King Gojong but in 1895 it would tragically be the place where Japanese agents assassinated his wife. Three months later the king left Gyeongbokgung and never came back. I might be wrong but I think that was the last time any Korean monarch lived in the palace. 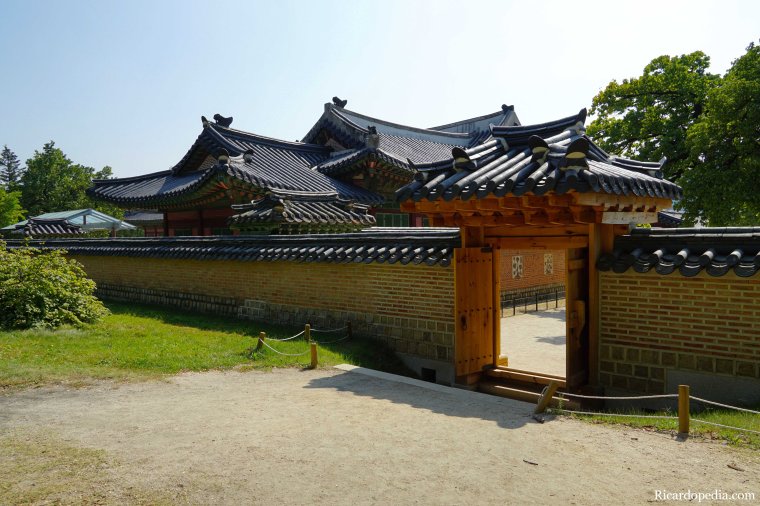 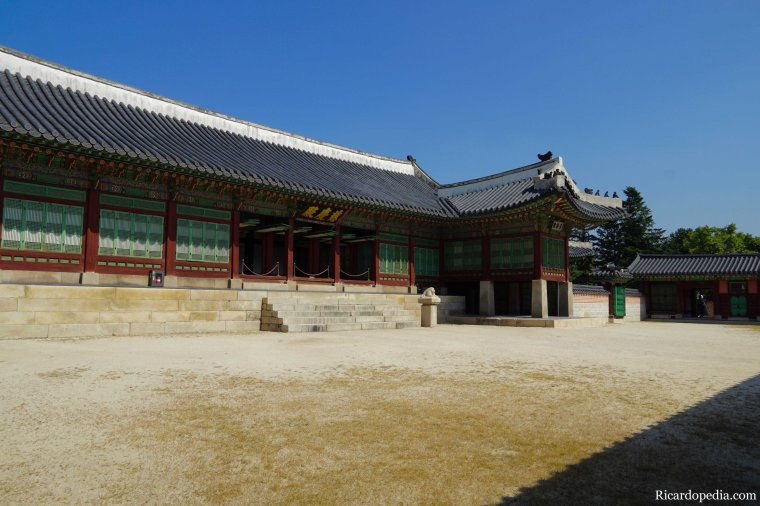 My tour of the palace then brought me to the home of the king’s mother, called Jagyeongjeon Hall. This is the only residence building at Gyeongbokgung that survived the Japanese occupation in the 1900s.

A bit further south I came to the Gyotaejeon where the queen had her personal residence. When Gyeongbokgung was first constructed in the late 1300s the queen didn’t have her own region of palace but that eventually changed because the king suffered from bad health in his later years, resulting in him doing a lot of government business from his bedchamber. To give his wife more privacy, the king had the Gyotaejeon built for her. In the back of the Gyotaejeon there’s a small garden with hexagonal pillars and decorative tiles. 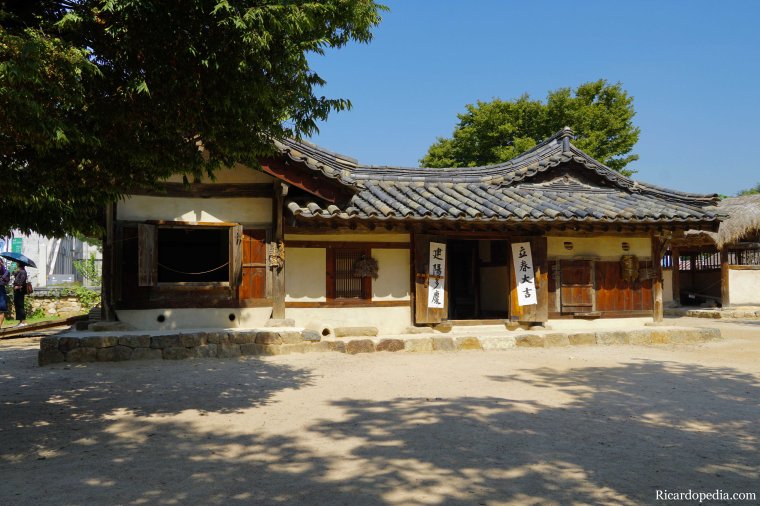 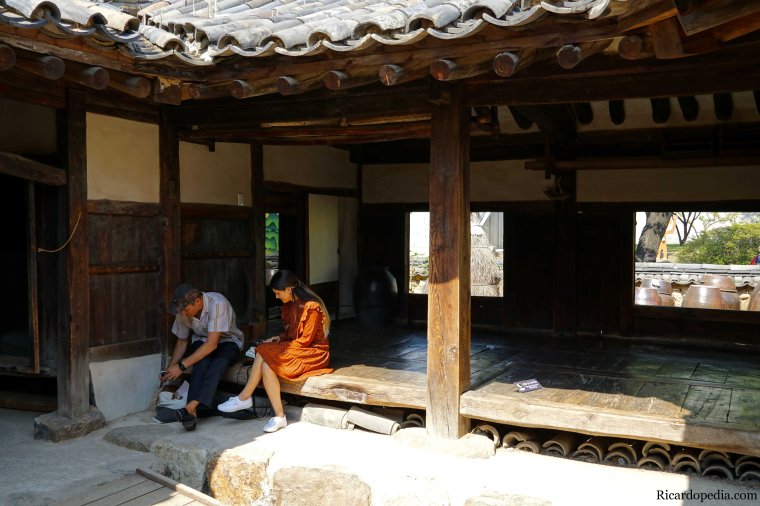 At this point I had spent two hours inside Gyeongbokgung Palace and I decided it was time to head out and see more of Seoul. There were a couple spots in the palace that I had skipped but overall it had been a thorough visit. On my way out I briefly stopped by at a reconstruction of a peasant’s house that was near the palace’s east gate. It was part of an outdoor exhibit showing what life used to be like in Seoul’s older days and in retrospect I wish I had spent an extra minute looking around but I wanted to see other parts of the city so I moved on.