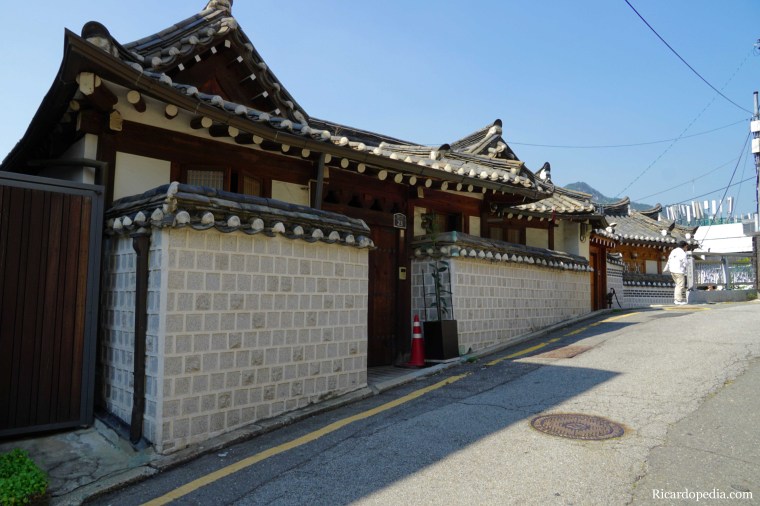 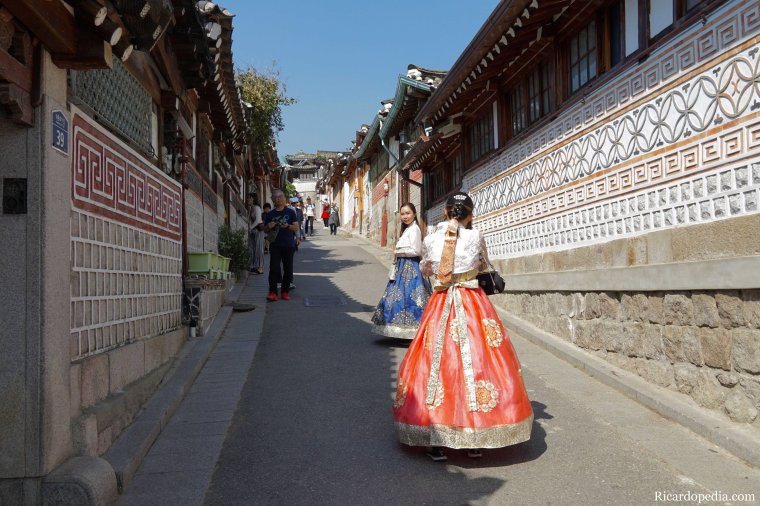 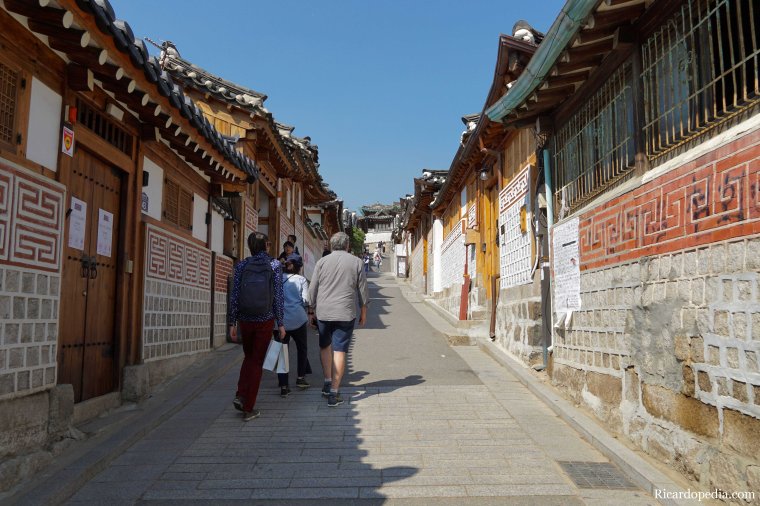 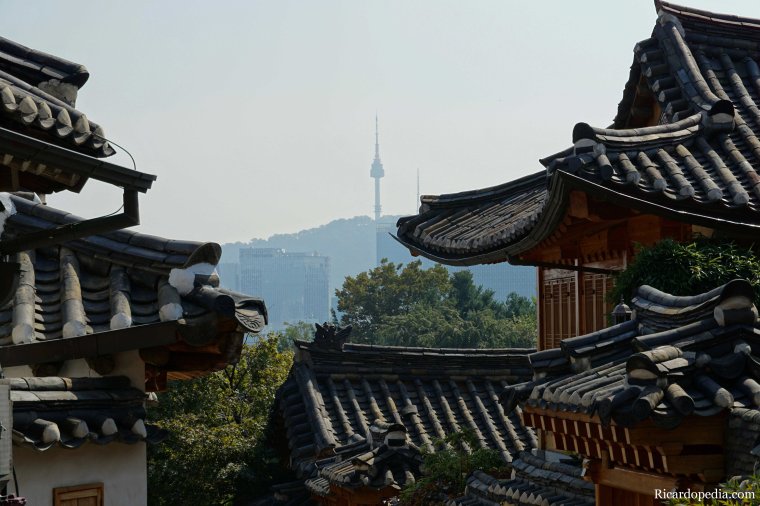 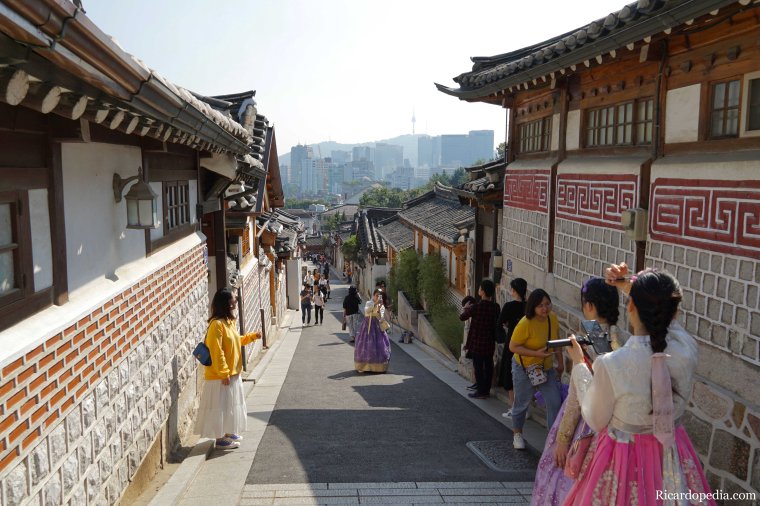 On a hill east of Gyeongbokgung Palace there’s a neighborhood where you get an idea of what Seoul used to look like in its pre-industrial days. This part of town is called the Bukchon Hanok Village. The word “Bukchon” roughly translates to “north village” and “Hanok” is a style of traditional Korean houses that date back 600 years to the days of the Joseon Dynasty. Because it was located between Seoul’s two most prominent palaces (Gyeongbokgung and Changdeokgung) the people who originally lived in this part of the city tended to be nobles and government officials. Entrance to the village is free, but there are signs asking visitors to not make too much noise since people still live in these homes.

The Bukchon Hanok Village has lots of narrow roads and alleys to explore and though it’s not as popular as some other parts of Seoul it does get a fair amount of visitors these days, particularly on the central road leading up the hill. While walking around the village you can get some interesting views with the hanok houses in the foreground and modern Seoul in the background. That day is was a bit hazy but I could still see Seoul Tower in the distance.