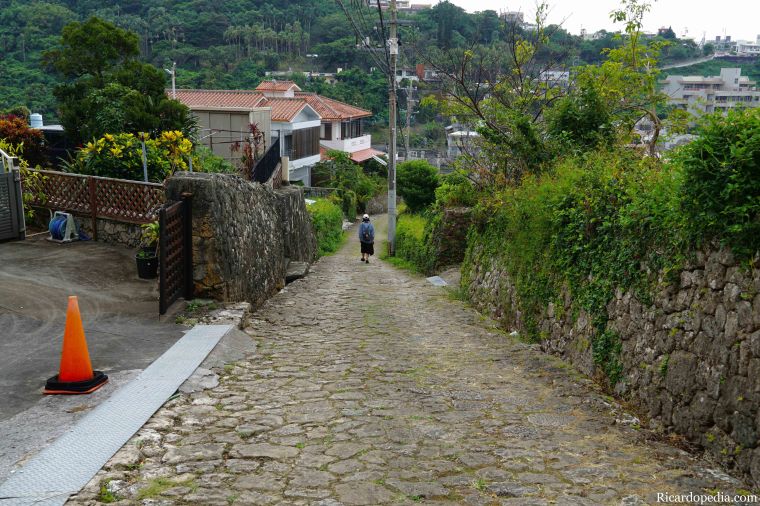 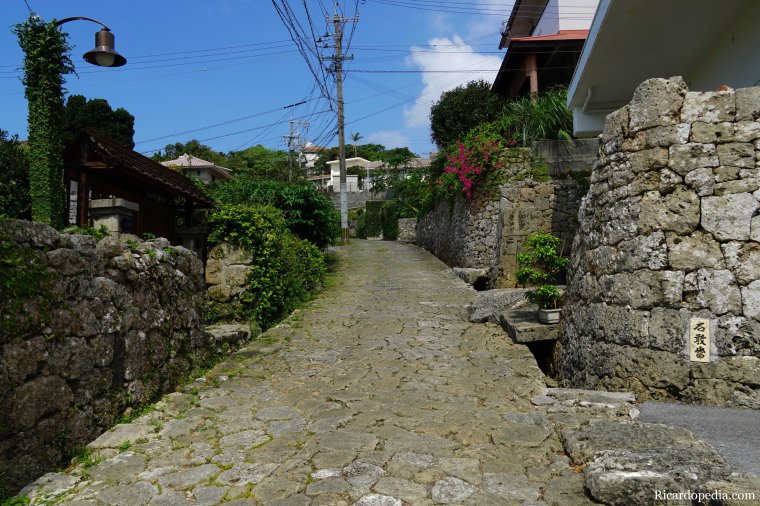 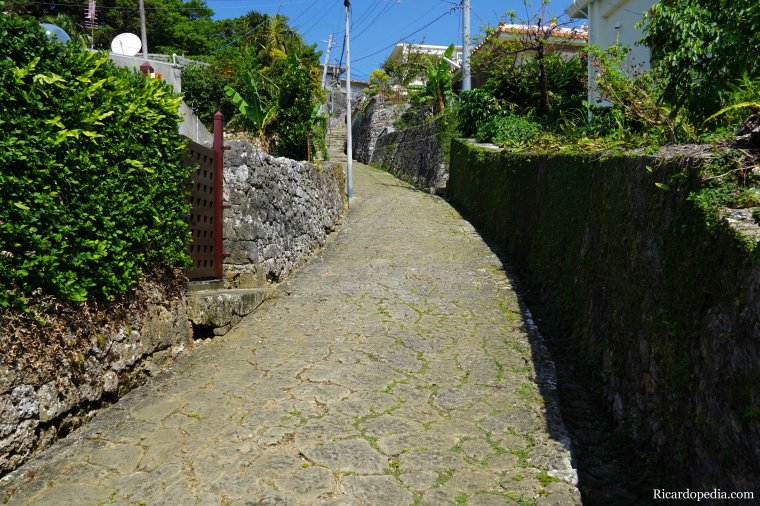 Before leaving the area near Shuri Castle I walked along the Kinjo Stone Road. This is an ancient cobblestone road that was built back around 1522 during the days of the Ryukyu Kingdom. Originally the road stretched for 10km southwards from Shuri Castle but during the Battle of Okinawa in 1945 almost all of the Kinjo Stone Road was destroyed. A 300m section near the castle survived the battle and today it’s considered an important cultural site. I walked from the northern end of the road to almost the southern end before turning around and heading back up towards the castle. It was really warm that day and I took a break in a public rest area to cool off before leaving.

A short walk off to the side of the road leads a small grove of akagi trees, which are also known as bishop wood trees. Although akagi trees are common on Okinawa almost all of the ones in Naha were destroyed in WW2. These surviving trees are estimated to be around 200-300 years old and are revered by the locals. As I stood alone among them I couldn’t deny that the air in that little spot somehow felt different from the surrounding area and I can see why the residents of Naha consider it a spiritual place.