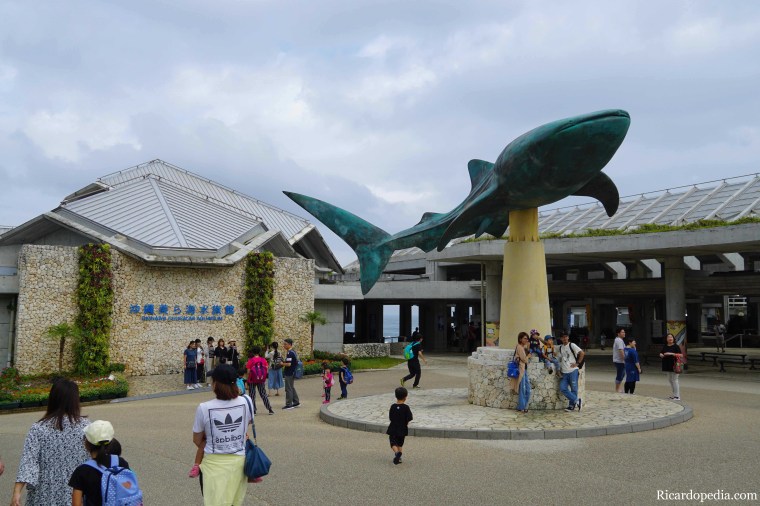 On my second day of driving around Okinawa I started my sightseeing at the Churaumi Aquarium. This is regarded as possibly the best aquarium in Japan (its main competitor is the aquarium in Osaka) and it is located in the northwestern corner of Okinawa. 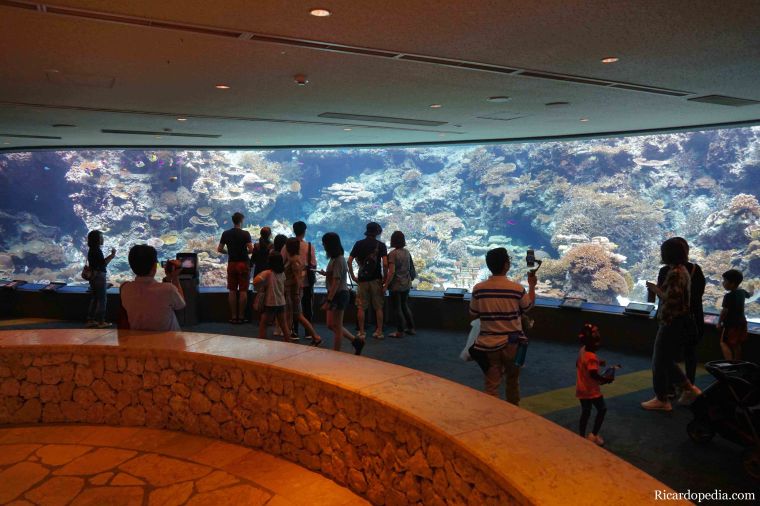 Like many other aquariums, visitors enter Churaumi on the top level and then slowly make their way down to the bottom. The Churaumi Aquarium showcases marine life from the waters surrounding Okinawa, ranging from the colorful coral seas down to the dark depths of the deep ocean.

The aquarium’s biggest attraction is the massive Kuroshio Tank that holds many large creatures including giant manta rays and a pair of whale sharks. You can appreciate just how large these animals are as they gently pass by all the humans observing them. The Kuroshio Tank is about 7,500 cubic meters in volume and is named after the Kuroshio ocean current that swirls around Okinawa. 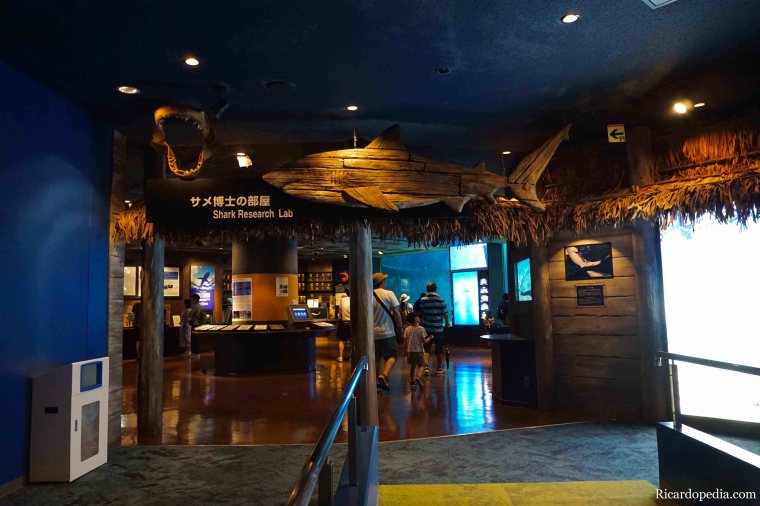 Just off to the side of the Kuroshio Tank is an area dedicated to sharks. In the shark tank you can see white-tipped sharks along with a few bull and tiger sharks. 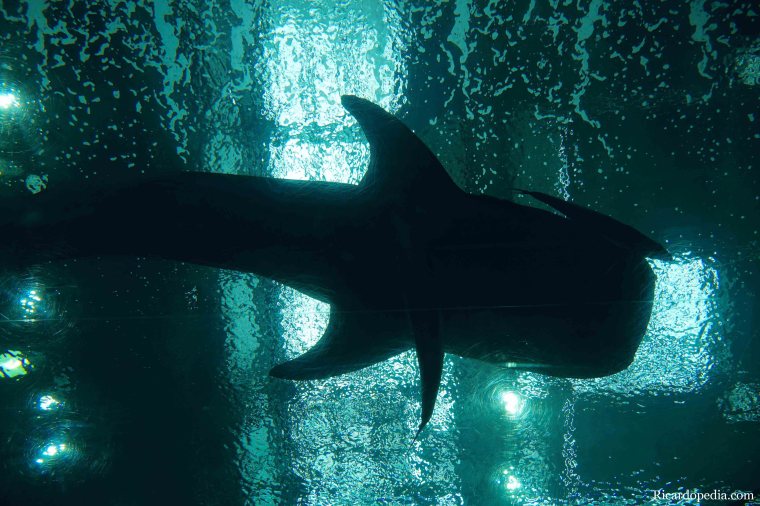 Back at the Kuroshio Tank there’s a special seating section under the tank where you can watch the sea creatures swim above you. It’s awe-inspiring each time one of the whale sharks passes overhead. 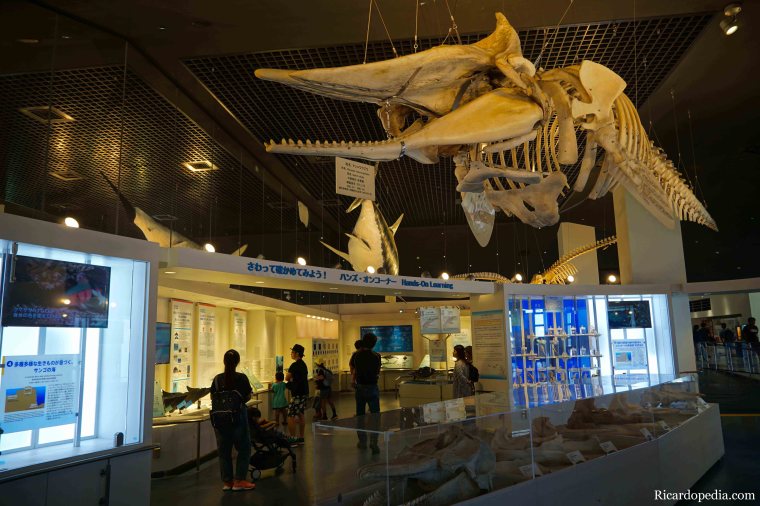 The bottom level of the aquarium is dedicated to marine life in the deep ocean and unfortunately it was a little too dark in there for my camera to get any decent photos. After that, however, the tour route leads to a museum where you can see the bones and skeletons of whales and various other sea animals.

Churaumi is locate at the Ocean Expo Park and there are a few small exhibits that can be seen for free outside of the aquarium building. One of them is a tank that holds sea turtles. 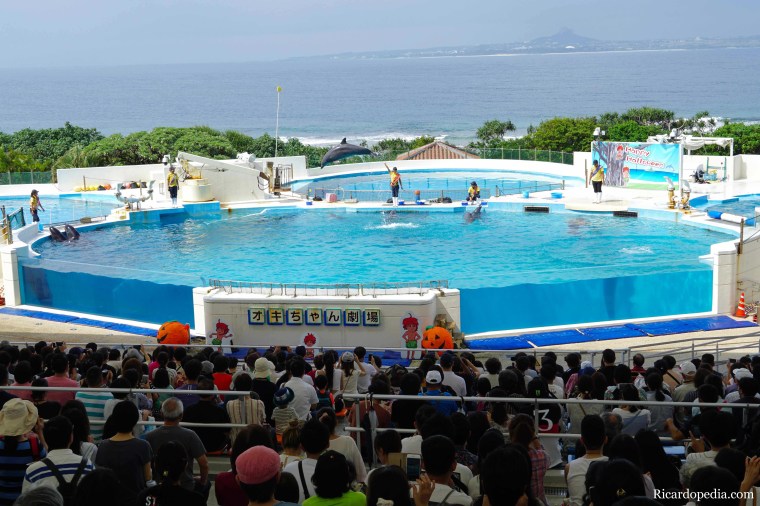 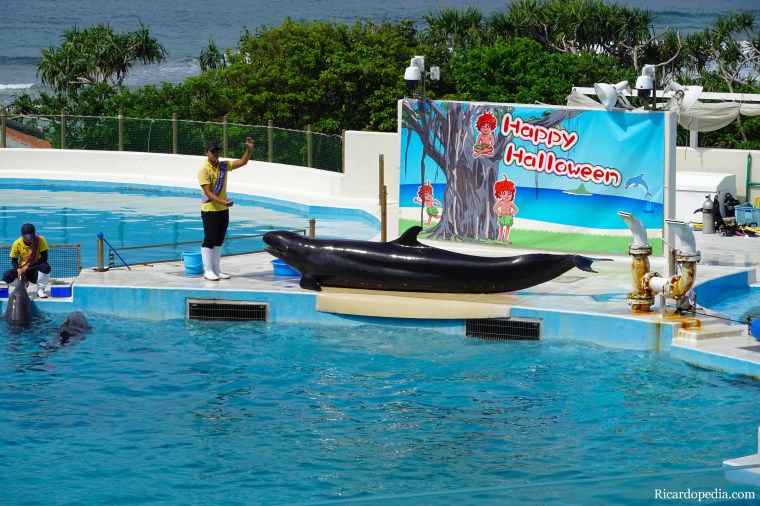 While I was at Churaumi I also managed to catch one of the daily dolphin shows. It lasted about 15 minutes and was a fun way to wrap up my time at the aquarium. Once the show was over I returned to my car and continued my drive across Okinawa.