With the rain showing no sign of stopping I ventured into the Canal City Hakata complex to try to dry off a little. Canal City Hakata is a large shopping mall and entertainment center next to the Naka River that is home to around 250 restaurants and stores, and it also has a movie theater, two hotels, and a game arcade. The name Canal City Hakata comes from the fact that there’s an artificial canal running through the center of the complex. I checked out a few stores in Canal City Hakata, including the Jump Shop, which I really should have taken a photo of (sorry about that). I recognized some of the anime and manga on display in the Jump Shop but I’ll admit that I’ve not been keeping up with the anime/manga scene for the past several years and there were a number of anime/manga showcased there that I had never seen before.

While exploring the mall I got to see one of the daily water shows that are held there. It lasted for about 5 minutes and was a fun little diversion. 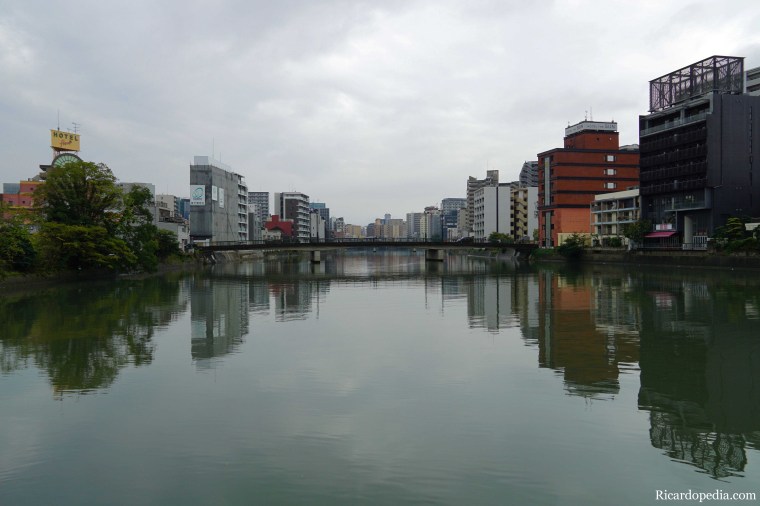 After a while the rain finally stopped and I stepped out of Canal City Hakata on the side next to the river. The city was soaked but at the very least I no longer needed to keep my camera inside my waterproof jacket. From there I went onward to see more of the city.