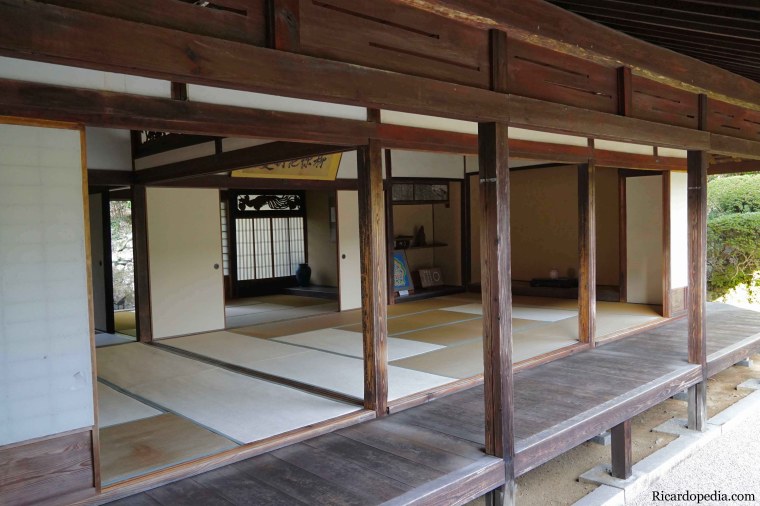 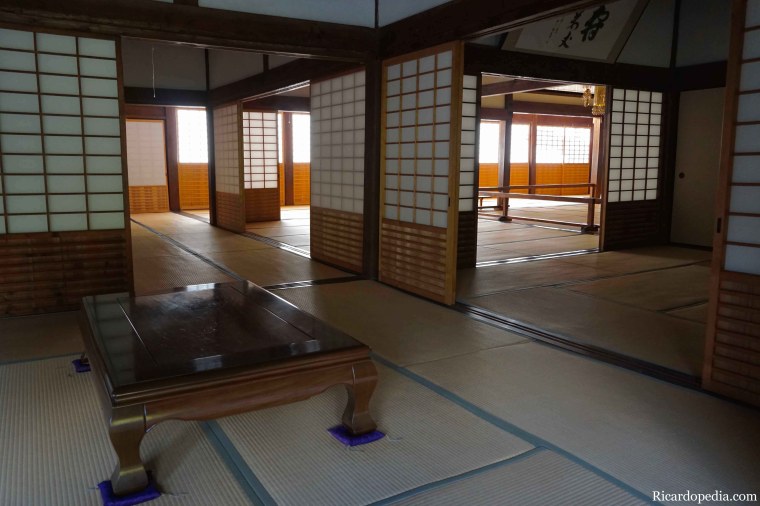 On my arrival day in Bitchu-Takahashi I paid a visit to Raikyuji Temple up in the northern part of town. Raikyuji is a Zen temple that used to be the residence of feudal lords, including one named Kobori Enshu who became a renowned architect in Japan. The original construction date of the temple is unknown but the current version dates to 1504, and it is believed that there was a previous rebuilding that happened in 1339. Today the temple belongs to the Rinzai school of Japanese Buddhism. 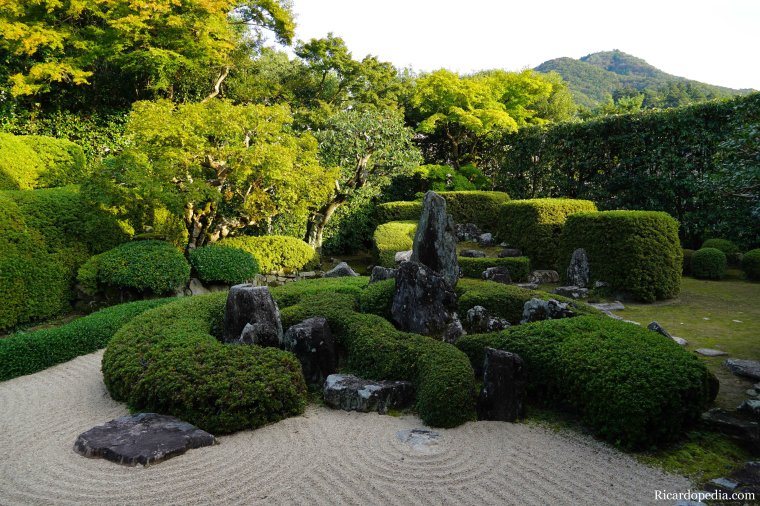 Kobori Enshu lived at Raikyuji in the early 1600s and during his time there he designed the temple’s famed dry Zen garden. What most people will notice is the island with the large pointy rock. This island is called Tsurushima and is meant to represent a crane standing upright with its beak pointing towards the sky. Further behind it in the rear of the garden is a pair of rocks that represent a turtle. Together, the crane and the turtle are meant to symbolize longevity and health. Raikyuji’s monks have maintained the garden’s design since its original construction, so what you see today is the exact same layout as was first created 400 years ago. Kobori Enshu is also credited with being a major influencer on the Japanese tea ceremony and you can almost imagine him sitting down in the temple, sipping his tea and looking out on the garden he designed.