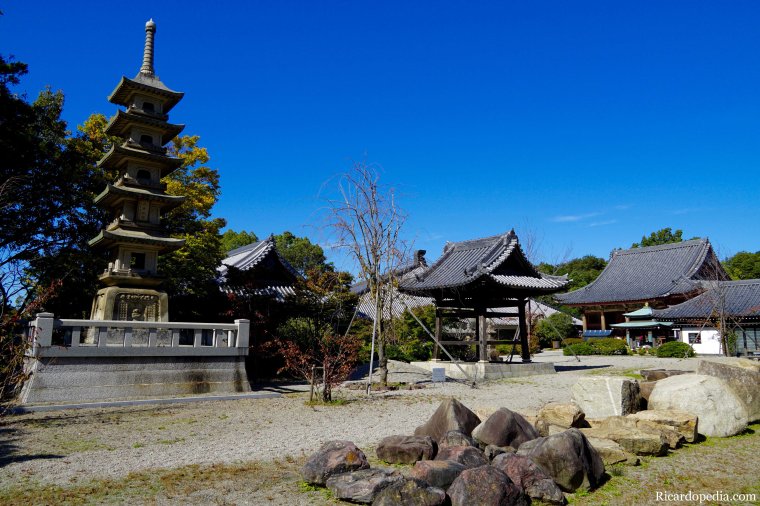 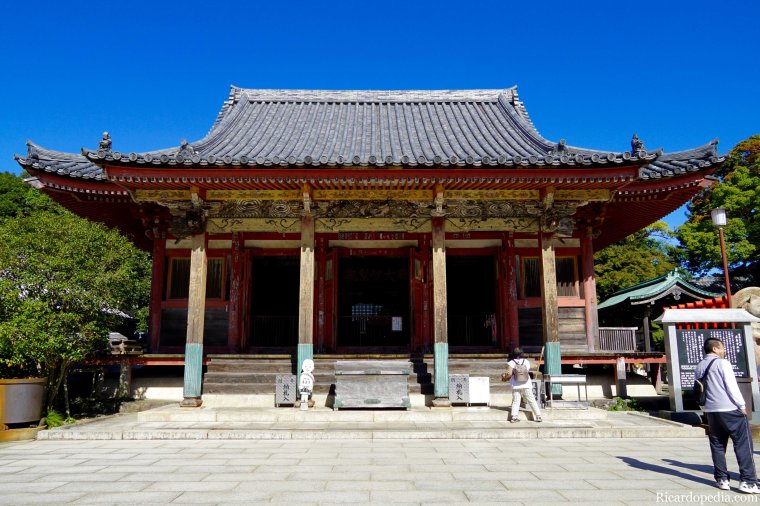 From nearby the Shikoku Mura parking lot I took a bus up to the top of Mt Yashima. The top of the mountain has a flat summit and up there you can find multiple shrines and temples, including Yashima Temple, which is one of the 88 temples on a famous pilgrimage path that runs around the island of Shikoku. In the late 1100s Mt Yashima’s summit was the site of a major battle between the Minamoto and Taira Clans, and the victorious Minamoto would go on to create a new national government that would rule Japan for about 150 years.

The top of Mt Yashima has a number of walking trails that visitors can explore. Above is a photo of one of the maps that can be found up there. 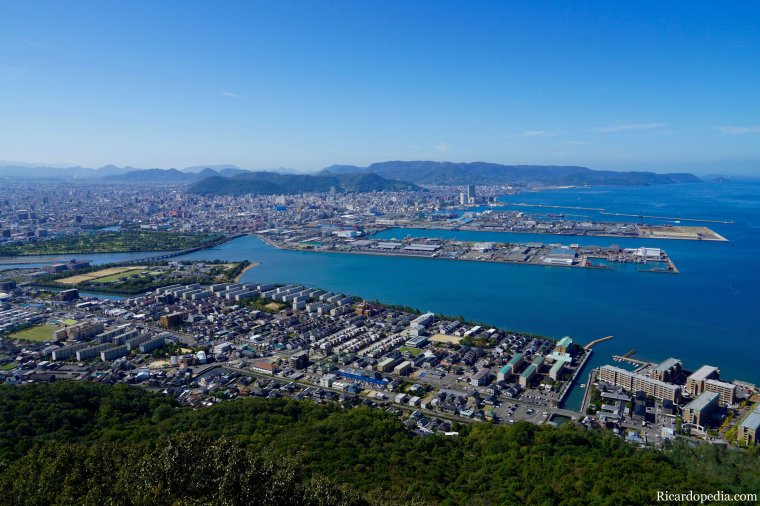 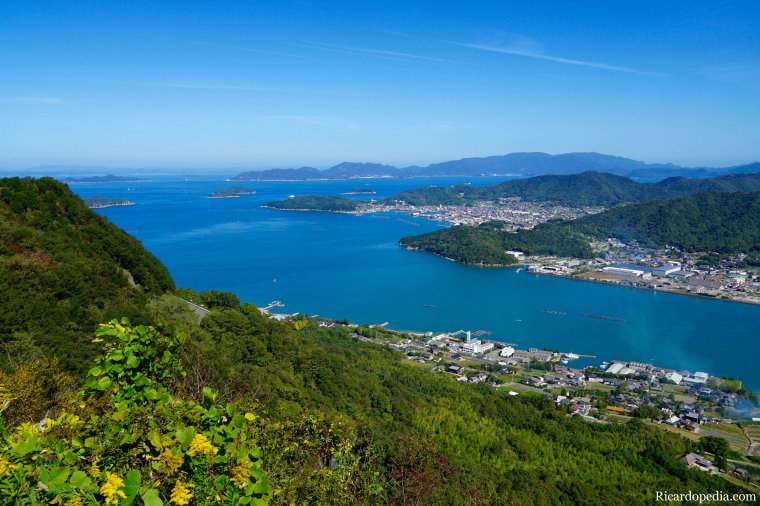 For me, the highlight of Yashima was the view of Takamatsu and the surrounding area. There was a little bit of haze over the city but otherwise I could see really far in all directions. The waters of Japan’s inland sea are a nice shade of blue and all the green islands made for a really scenic panorama.

One of the places that I could see from the top of Yashima was Ogijima Island, which I would be visiting in the afternoon. To get there I’d first have to get to Takamatsu’s ferry port, so once I was finished on Mt Yashima I rode the bus back down the mountain and started making my way towards the city center.