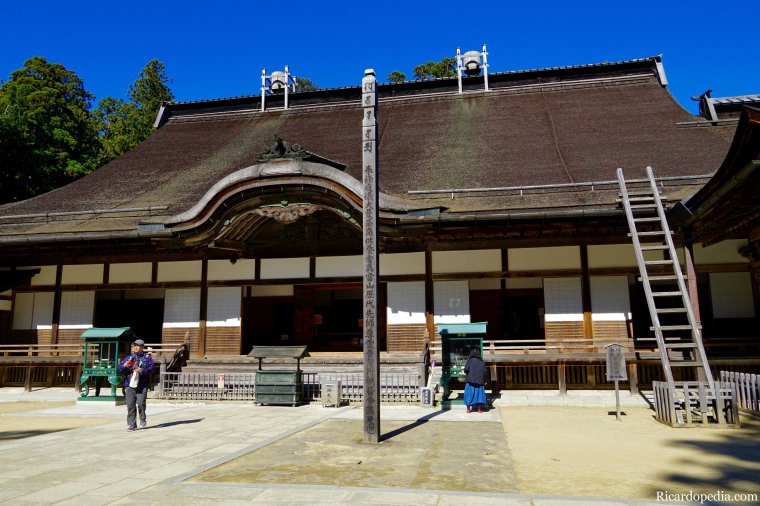 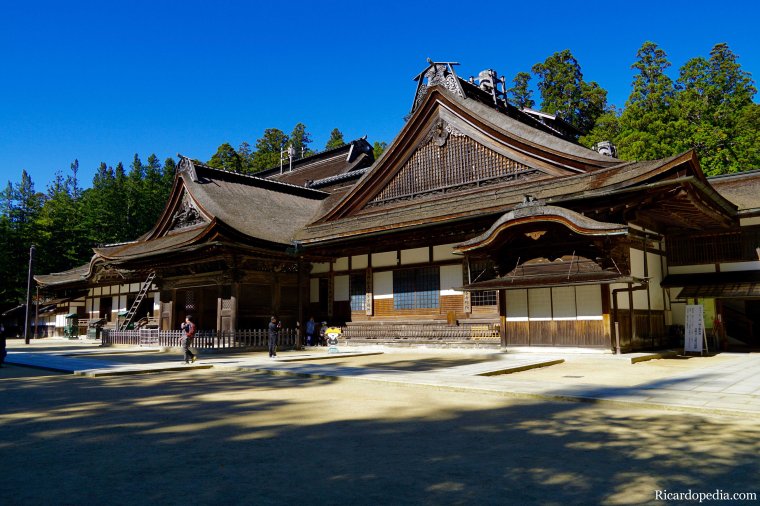 I began my sightseeing in Koyasan at Kongobuji Temple. This is the head temple of Shingon Buddhism in Japan and it was first constructed in 1593. The trees flanking the path leading up to the temple were showing brilliant fall colors and gave me a preview of what I’d be seeing in other parts of Koyasan. 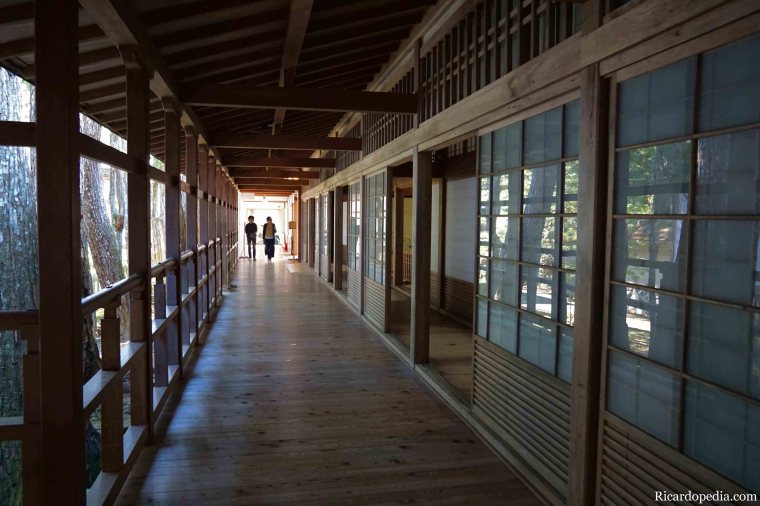 Photography is largely restricted in the first part of the temple that visitors enter, so I can’t show much beyond the hallways but I can tell you that there are a few beautifully decorated rooms on display. The very first room on the tour route is probably the most notable. It’s called the Ohiroma and it has gilded sliding doors that are covered with painting of cranes and mountain scenery. 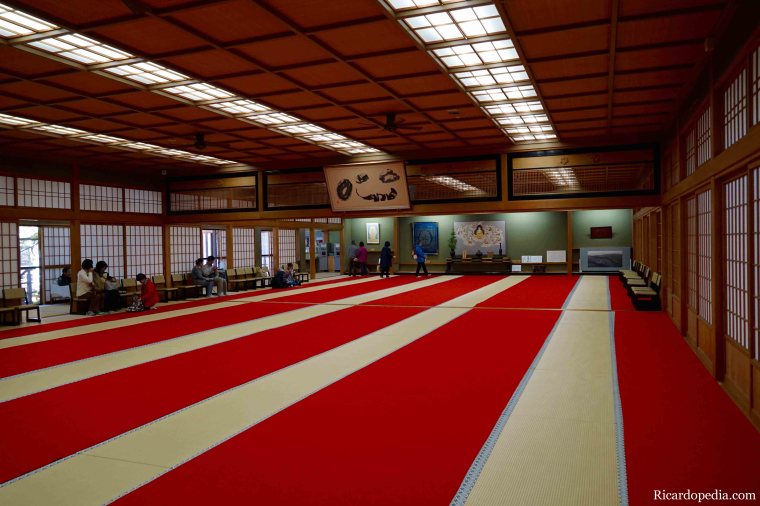 At one end of Kongobuji is the newer wing of the temple complex. This temple hall looks much more modern than the rest of Kongobuji and here you can take a break and enjoy some tea and rice crackers. 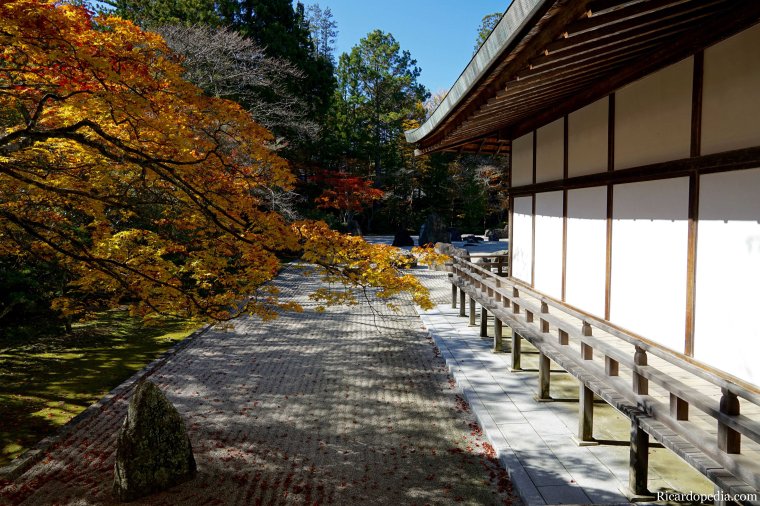 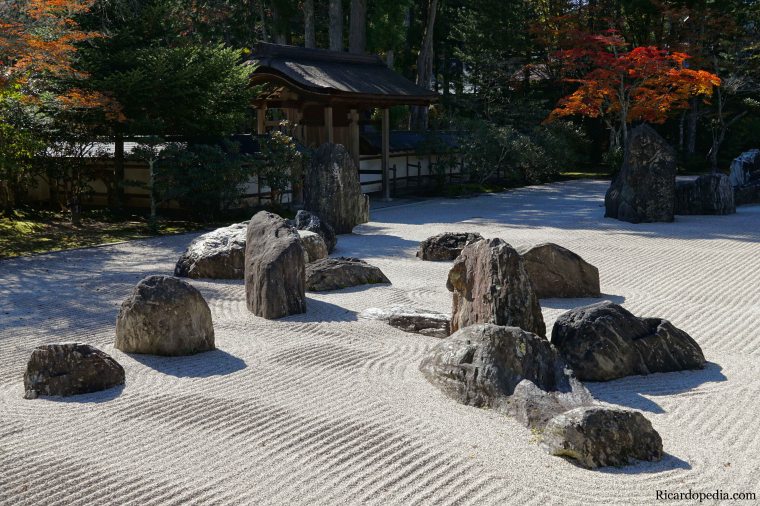 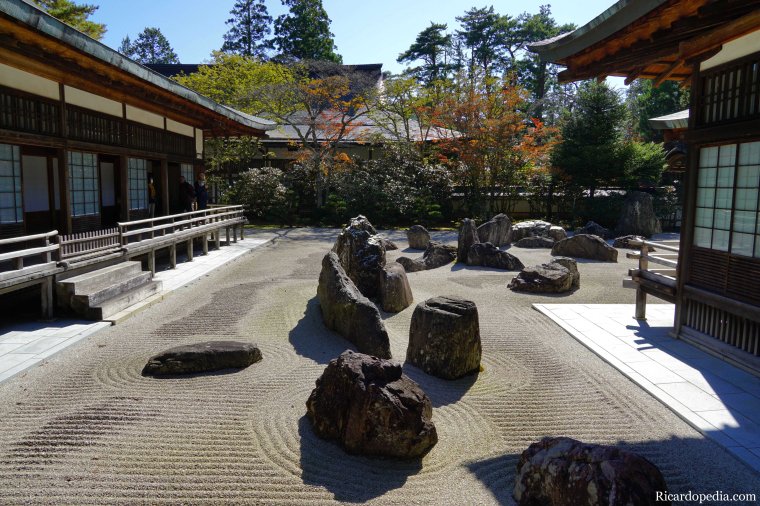 Around the back of Kongobuji is the Banryutei Rock Garden. Built in 1984, this is the largest rock garden in Japan and the big rocks running through the middle of the garden are meant to represent a pair of dragons emerging from the clouds. 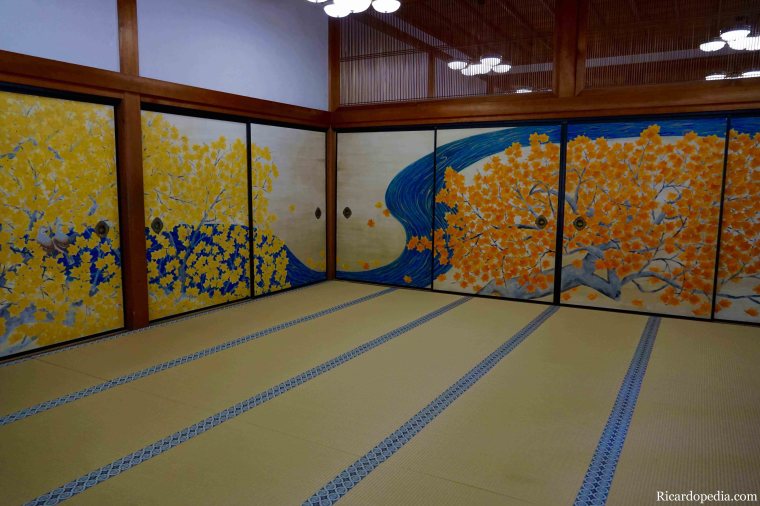 Unlike other parts of the temple, the buildings around the Banryutei Rock Garden allowed photography and I took some photos of the rooms on display. Many of the rooms are themed after seasons and you can follow the changing of the seasons in the artwork on the sliding doors. 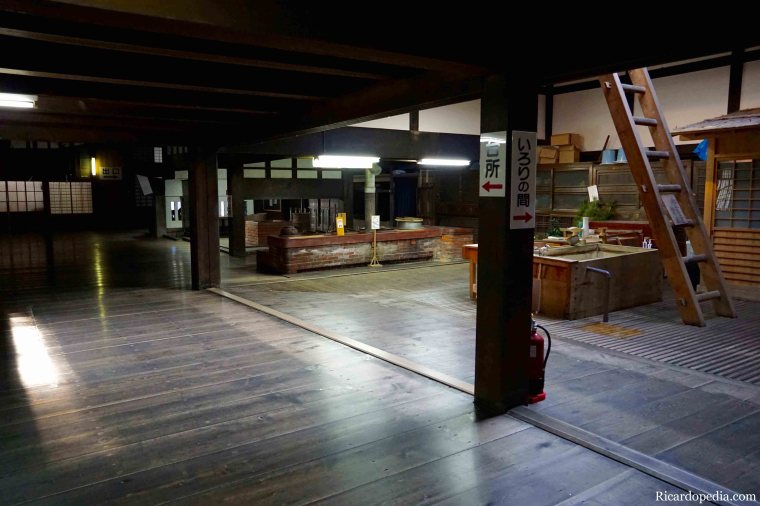 The tour route through Kongobuji finishes in the temple’s kitchen. It is said that this kitchen can potentially feed up to 2,000 people at a time.