I arrived back to Osaka late in the day and the train station I got off at was in the area close to Osaka Castle, so I figured I’d pay it a visit before the sun went down. The nearby skyscrapers were being painted a golden hue as I approached the castle grounds. 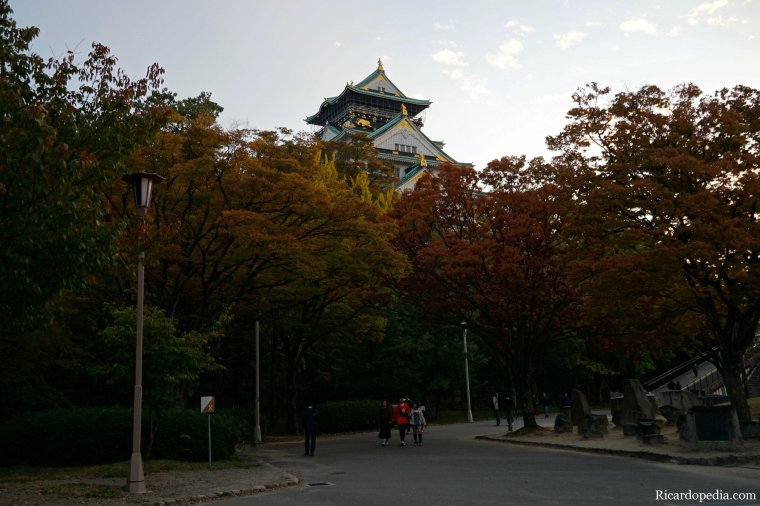 Osaka Castle covers a large chunk of land and I entered it on the eastern side, crossing over the outer and inner moats. When Osaka Castle was first built in the late 1500s it was the largest castle in Japan but in 1615 the castle was destroyed during a great battle. Over the following centuries Osaka Castle was damaged and repaired multiple times, though many of its buildings were never restored.

In 1997 the most recent restoration work was completed with the reconstruction of the castle’s main tower, which houses a modern museum. I got to the tower just as it was closing for the day but I had already toured the tower during my 2017 visit to Osaka so didn’t feel bad about not going inside. The modern tower’s exterior is meant to be a near exact replica of what would have been seen when the castle was first built and it’s one of the most impressive castle towers in Japan. For a few minutes I just hung out by the tower and then I started the trek to my hostel where I’d end my final day in Osaka.