Near the end of the Saga-Toriimoto Preserved Street is the pathway leading up to Adashino Nenbutsuji Temple. The stone steps leading up to the temple are shaded by trees, some of which were changing colors when I visited. 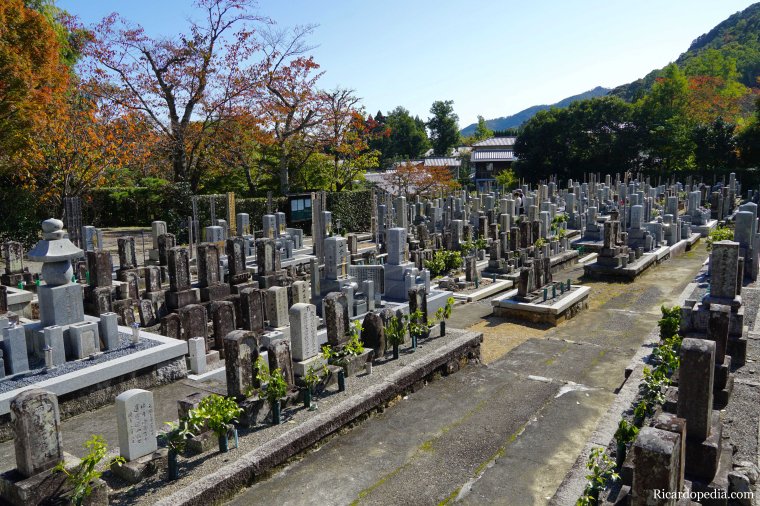 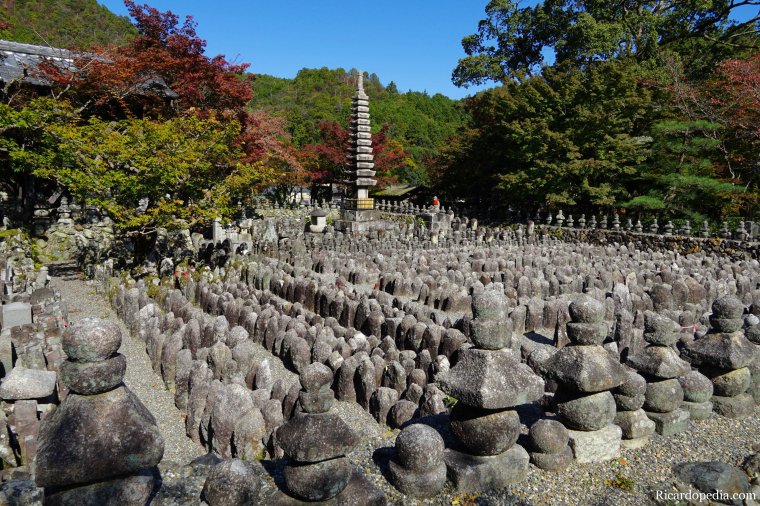 A famous monk named Kobo Daishi founded Adashino Nenbutsuji in the year 811. This part of Kyoto used to be where dead bodies were dumped and left to decay, and Kobo Daishi placed small stone statues here to honor the souls of the departed. Today there are thousands of stone statues at Adashino Nenbutsuji, as well as hundreds modern graves. Every year in August a ceremony is held in which thousands of candles light the temple cemetery and prayers are said for the spirits of the people buried here.

Next to the area with all the stone statues is the temple’s main hall. It is believed that the current version of the main hall dates to 1712 and inside you can find a shrine and more Buddhist artwork.

In the back of the temple there’s a small bamboo grove that leads up to a modern cemetery. While the big bamboo grove further south in Arashiyama gets a lot of visitors, this little one is usually much quieter.