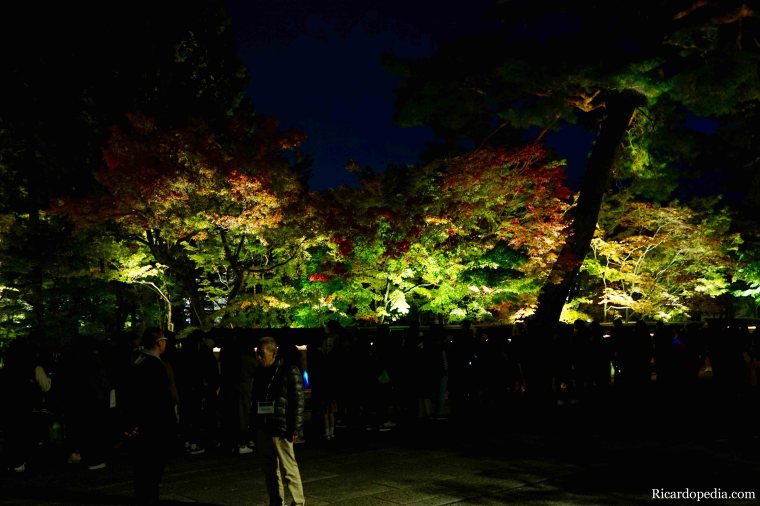 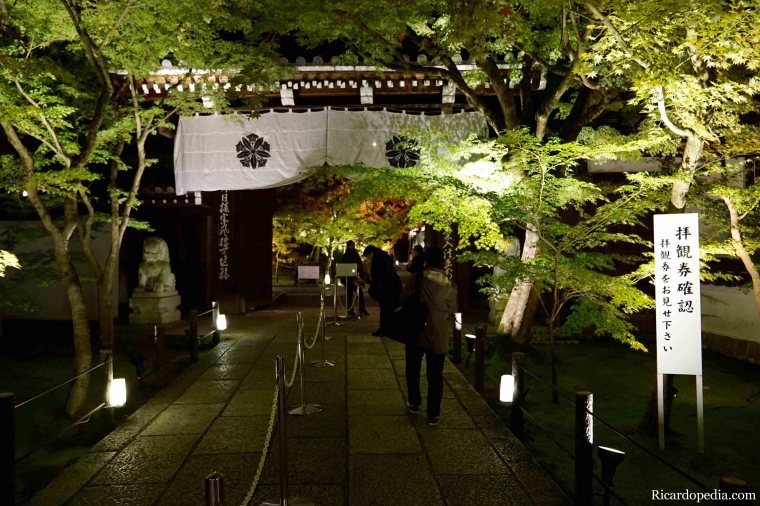 When I exited the Philosopher’s Path I headed southeast in the general direction of my hostel in the Gion District and I figured I wouldn’t be doing any more sightseeing that day but I would soon find out that I had one last place to visit. As I passed by Eikando Temple I noticed a couple hundred people standing in a line outside the temple’s entrance. I checked my phone to see if I could find any info on what was going on and discovered that during autumn the temple has special nighttime hours when the temple grounds are illuminated and open to visitors. I figured that there wouldn’t be this many people waiting in line if seeing the temple at night wasn’t worthwhile, so I made the decision right then and there to join the crowd. About ten minutes later I had purchased my ticket and entered Eikando Temple. 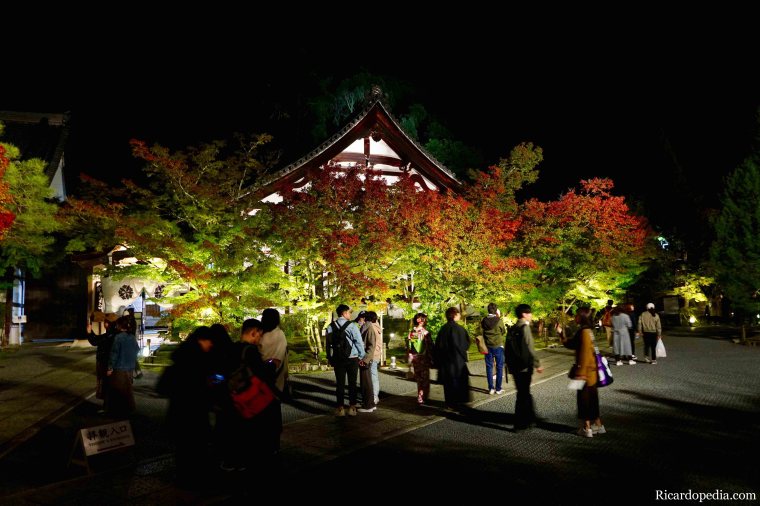 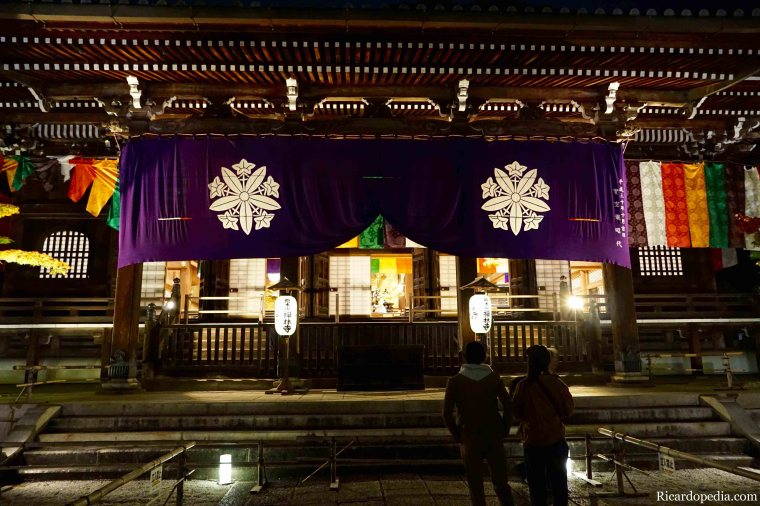 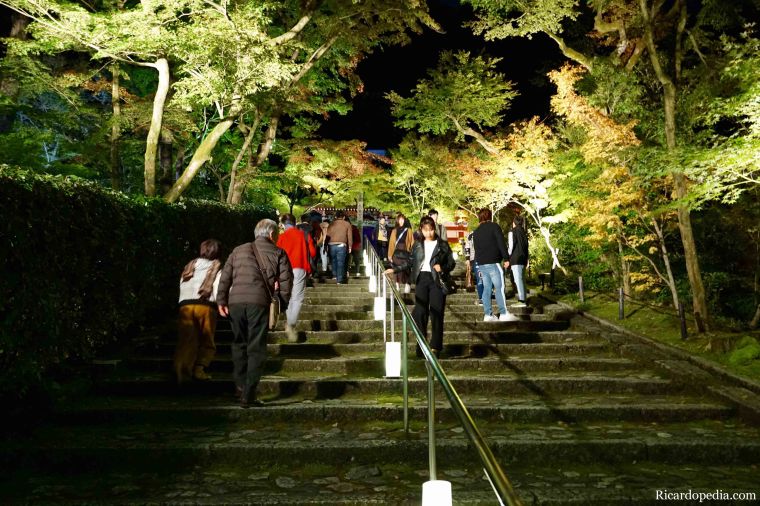 Upon entering Eikando I could see why there had been such a long line to get in. The temple has a completely different feel from how it would be if you visited during the daytime and the red and green foliage below has a striking contrast with the dark sky above. I visited a ton of temples during my 2019 journey across Japan and Korea but my night at Eikando was one of the most unique temple experiences of the trip. Not all of the temple areas that are open during the day are accessible during the special nighttime hours, so I’ll need to come back to Eikando at some point in the future to see more of the temple.

Photography inside Eikando’s buildings is prohibited, but I can show you an amusing sign that I saw outside one of them. I’m glad I don’t live in a place where leaving a door open could lead to a monkey invasion. 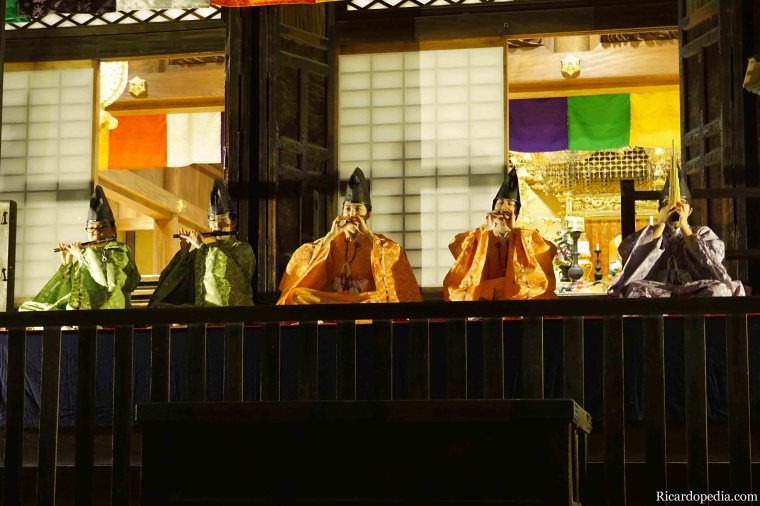 On a platform outside one of Eikando’s buildings a musical performance was being held with traditional Japanese instruments. For me the most interesting instrument was the one being used by the guy in the far right of the above photos. His instrument is called a Sho and it has 17 thin bamboo pipes. It almost seems like a small handheld version of a pipe organ.

Before leaving Eikando Temple I got a few photos of Hojo Pond, which has a small island with a shrine in the middle of it. Visiting Eikando that night was not part of my original plan for the day and my body was tired from all the sightseeing I had done but I was glad that I had taken the opportunity that had presented itself and experienced something that I would have missed out on if I hadn’t stopped to investigate when I saw the line outside the temple.