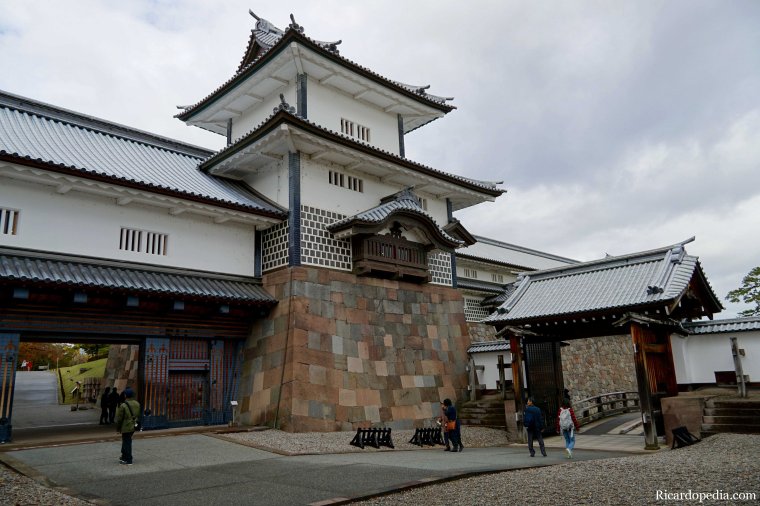 There’s an old joke among travelers about how the weather always gets better on the day that you’re leaving a particular location, and that was certainly the case for my time in Kanazawa (and a few other places in Japan and Korea). It was raining when I first got up on my final morning in Kanazawa but by the time I was leaving my hostel and heading to Kanazawa Castle the rain had stopped and gaps were starting to form in the sheet of gray clouds above me. Blue skies would have been my preference for that day but I was thankful that the rain was finally gone.

Kanazawa Castle started out as a fort and in the 1500s it was redeveloped into castle that would serve as the seat of power for the Maeda Clan that ruled Kanazawa and the surrounding region. Since then the castle has burned down multiple times and the vast majority of its original structures have been lost. In the 1990s reconstruction work began and several sections of the castle have been restored. Kanazawa Castle was once a large castle that covered a large area of land and I would love to see more of it rebuilt one day. 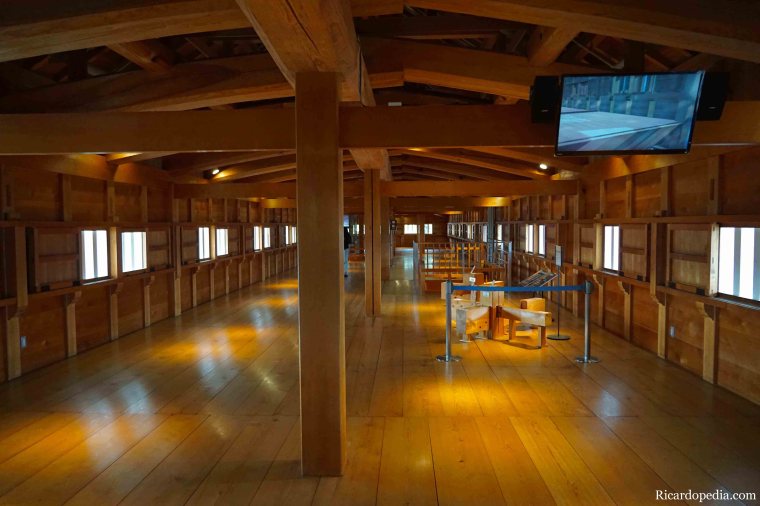 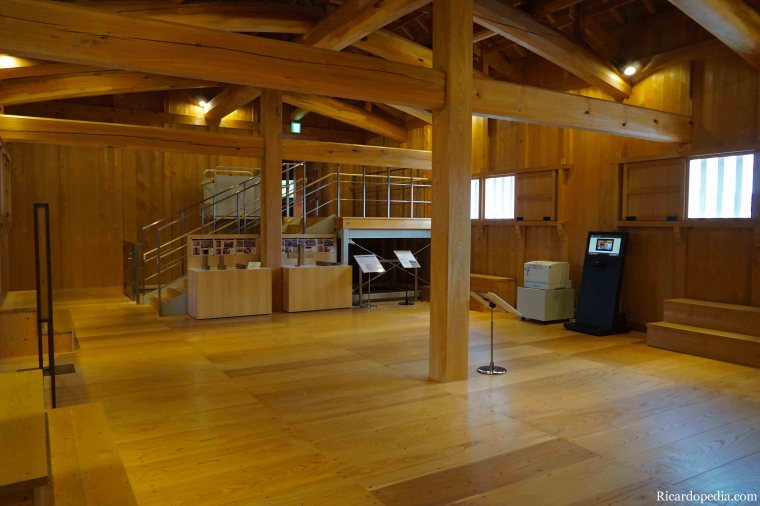 Most of the castle grounds can be freely explored but there’s an entry fee for going into the largest of the castle’s restored buildings. Inside you can get a better view of the carpentry that went into Kanazawa Castle’s buildings and there are many that showcase the castle’s history and construction. 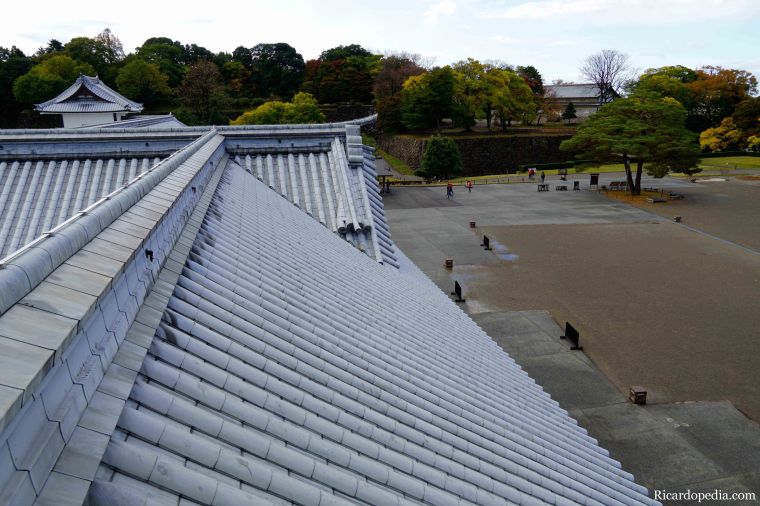 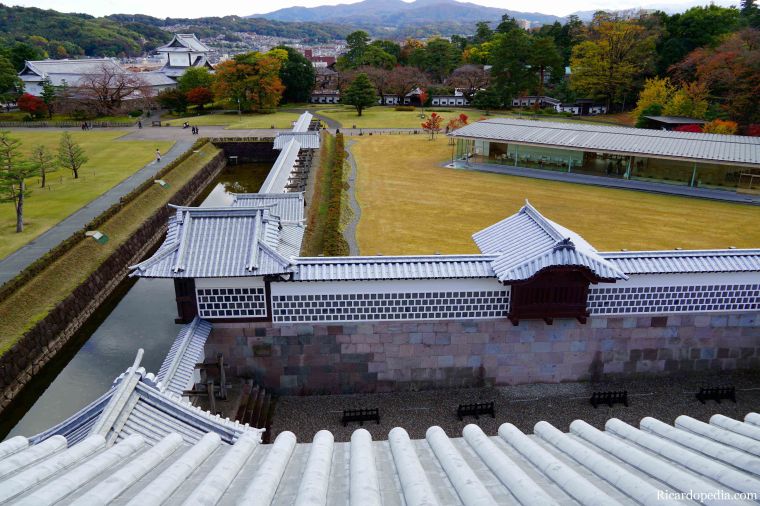 From up in the castle buildings you can also get views of the castle grounds. One of the things you’ll probably notice while looking around is that Kanazawa Castle has bright roof tiles instead of the normal dark tiles that you see on most Japanese castles. This is because Kanazawa Castle’s roof tiles were made with lead, which made them fire resistant (but obviously that didn’t stop all the fires that struck the castle over the centuries) and additionally meant that the tiles could potentially be melted down and turned into bullets if the castle was under siege. 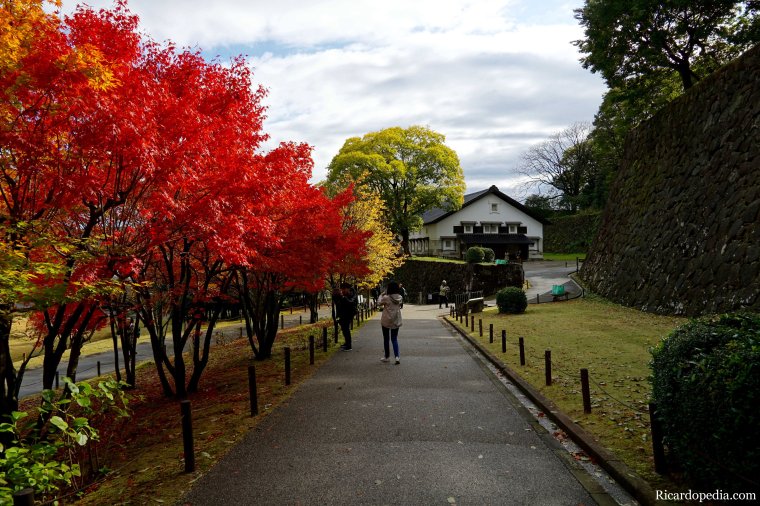 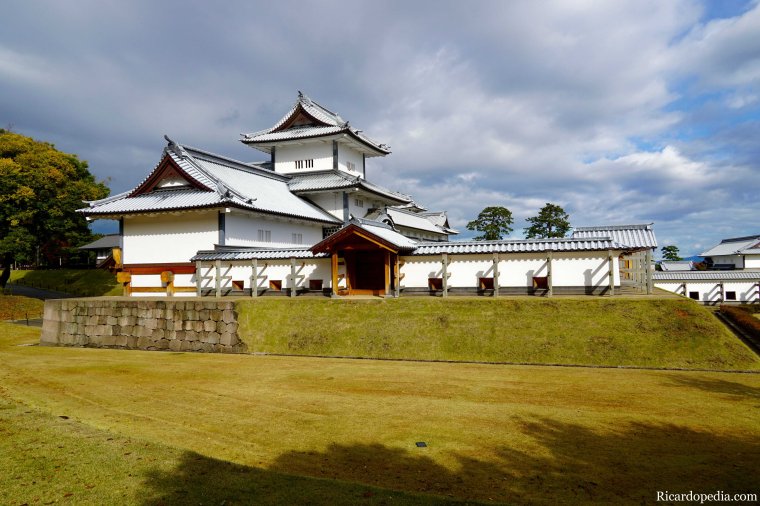 After exiting the paid area of Kanazawa Castle I spent some time wandering around the castle grounds. Many of the trees at the castle were at peak autumn colors and adding brilliant patches of red and gold to the scenery.

When I finished my exploration of Kanazawa Castle I departed via the Ishikawa-mon Gate, which is one of the few surviving parts of the castle and dates back to 1788. This gate faces the Kenrokuen Garden, the biggest attraction in Kanazawa and where I’d conclude my sightseeing in the city. My post on Kenrokuen should be ready for publishing either tomorrow or Thursday and it is going to have a ton of photos for you to enjoy.