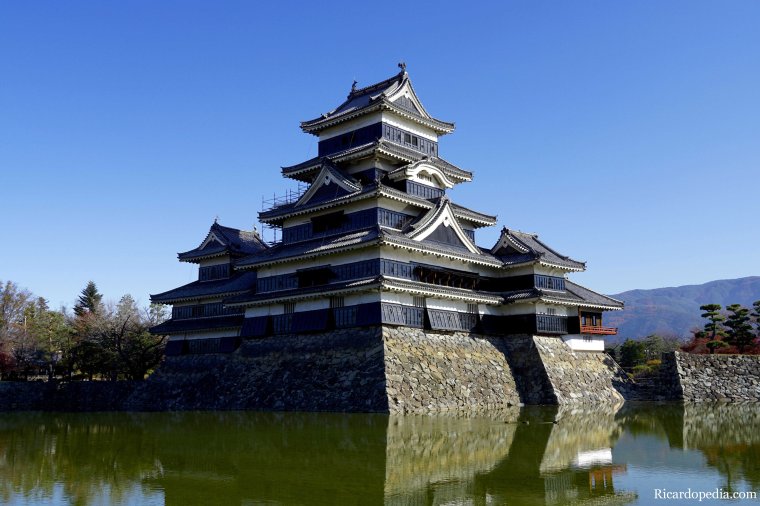 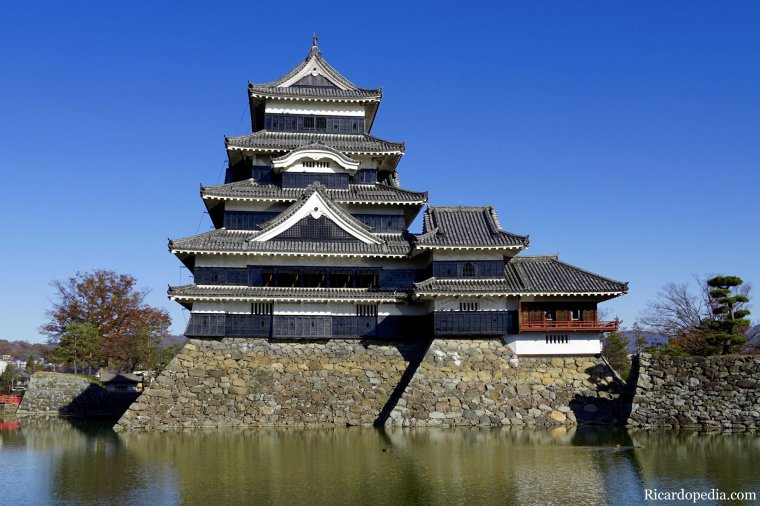 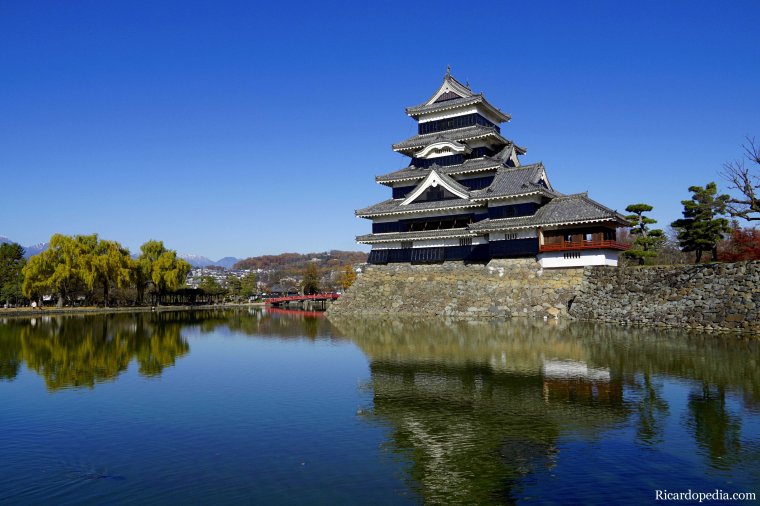 It was a cold day in the mountains of central Japan but Matsumoto Castle wasn’t going to tour itself, so after getting ready for the day I headed over to it and began my visit. I approached Matsumoto Castle from the west and walked along the moat towards the Kuromon Gate on the south side. You have to purchase a ticket to enter the central part of the castle but the really scenic area along the moat is open to the public. 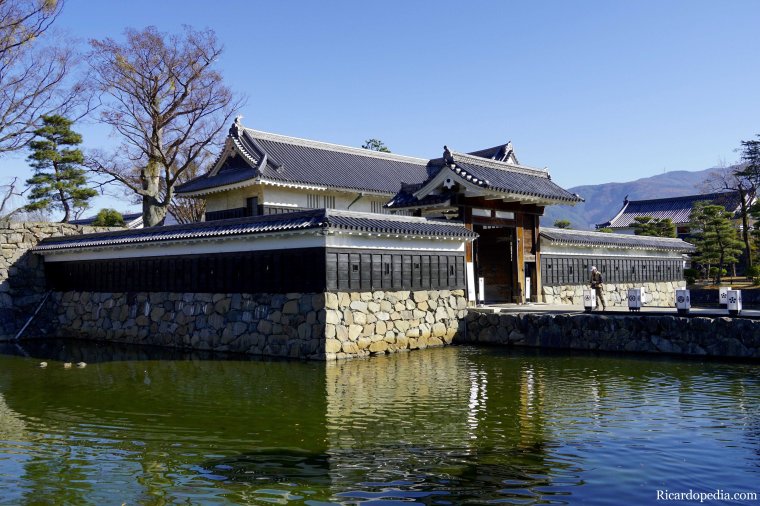 Once I passed through the Kuromon Gate I purchased my entry ticket and entered the paid area. Matsumoto Castle was originally a fort that was first constructed in the early 1500s and then redeveloped into a complete castle, with the last parts of it being finished in the 1600s. Most of the castle’s buildings were demolished in the 1870s and the outer grounds were redeveloped but a campaign led by the people of Matsumoto managed to save the main tower and the central part of the castle. In the 1950s the surviving castle structures were disassembled and rebuilt in order to perform much needed repairs, and today Matsumoto Castle stands as one of the most beautiful castles in Japan. When I visited Matsumoto Castle in 2019 there was some notable scaffolding on the northern side of the main tower. I believe this was part of a project to strengthen the building and make is more earthquake resistant.

Much like other castles in Japan, the interior of Matsumoto Castle features a museum that details the history of the castle and the city surrounding it. What was most notable to me was that Matsumoto Castle has a sizable collection of old firearms on display. It seems Matsumoto Castle was designed with muskets and cannons in mind, and although the castle never saw combat it would have been a particularly deadly fortification if any enemy tried to attack it. 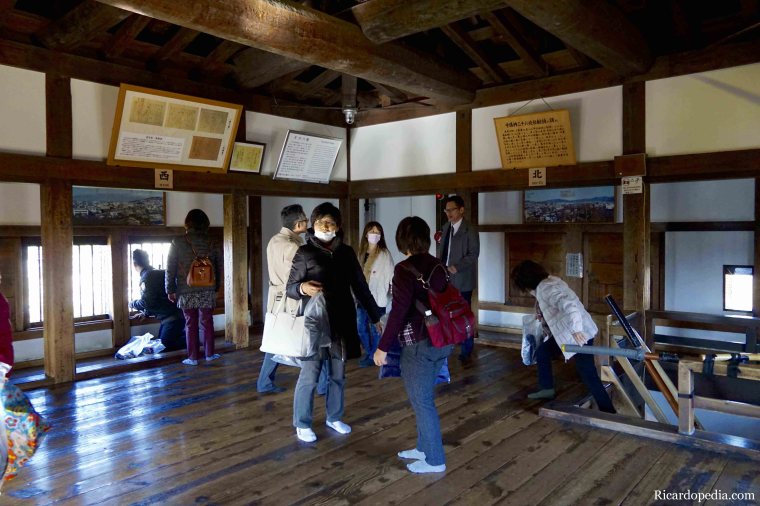 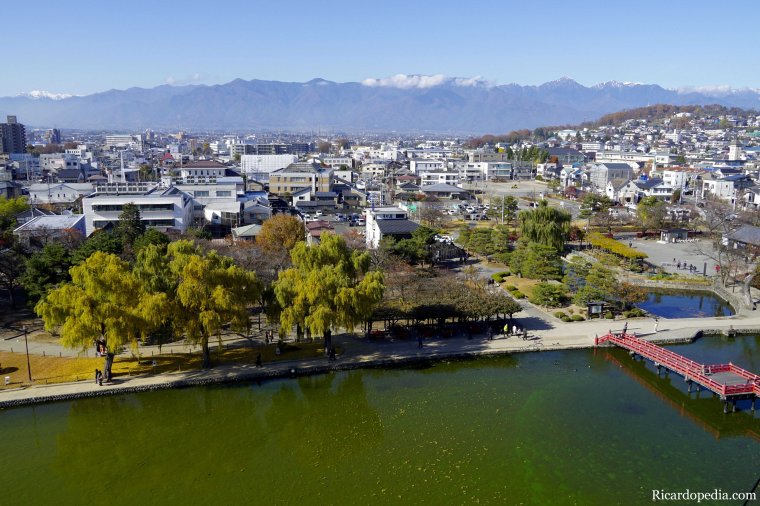 Matsumoto Castle has six levels and at the very top you’re rewarded with a view of Matsumoto. The stairs leading up to the upper levels are very steep, to the point where they feel more like ladders instead of staircases, so it’s a good idea to use the handrails while climbing or descending. I should also note that you have to take your shoes off when entering the castle’s main tower and the wooden floors can be a little slippery depending on what type of socks you are wearing.

Near the end of my tour of Matsumoto Castle I stepped into the Moon-Viewing Room. This extension of the main tower was built after Japan’s civil war had ended and looks noticeably different from the rest of the building since it was built for peacetime.

Once I finished my tour of the main tower I exited the building and took a few more photos of Matsumoto Castle before leaving the area. Matsumoto Castle was the highlight of my sightseeing in the city but I still had a few minor attractions to see before my afternoon departure from Matsumoto.