Here it is, the last photo post, and probably the last major post for this blog (at least, for awhile). This last set covers my time in Berlin through the departure from London. Enjoy.

The Brandenburg Gate, one of the few remnants of old Prussian Berlin. 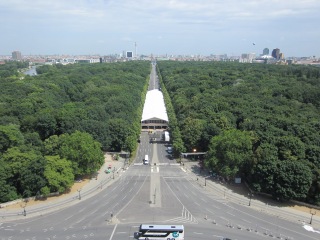 Looking back at central Berlin from atop the Victory Column.

Just south of the Brandenburg Gate you can find the Memorial to the Murdered Jews of Europe. 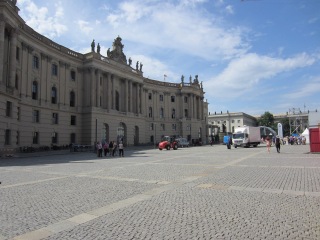 Across the street from Humboldt University and right next to the university library is the infamous square where the Nazis held their book burnings. In the background on the right you can see a group of people gathered around. They are looking down at the memorial to the book burnings.

The memorial to the victims of war and fascism. The statue of the mother and her dead son is directly under the oculus in the ceiling, so when it rains or snows the weather falls through the roof and onto the statue.

The old world clock at Alexanderplatz. In the background is the Berlin TV Tower. 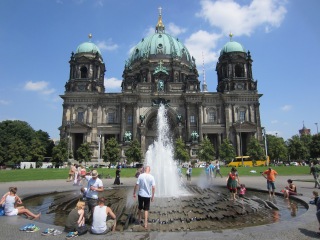 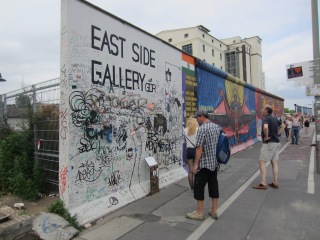 The East Side Gallery, which is a one mile stretch of the Berlin Wall that was kept up. Along it, artists from all around the world have turned it into the world’s longest art gallery by painting directly onto the wall. 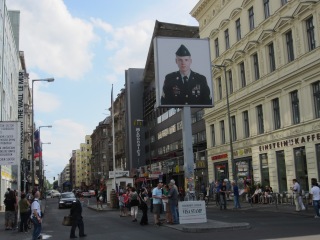 Checkpoint Charlie. Note the McDonald’s in the background. What better to proclaim the victory of capitalism?

The glass dome on top of the Reichstag. 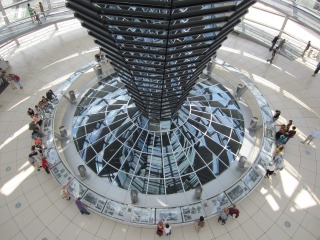 From inside, looking down in the dome. From the windows at the bottom you can look directly into the main chamber of the German parliament. 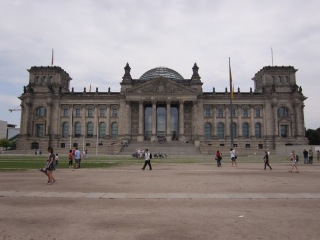 Inside the Pergamon Museum you can find the massive Ishtar Gate of Babylon. There were actually two parts to the gate, but the bigger part couldn’t fit in the museum. 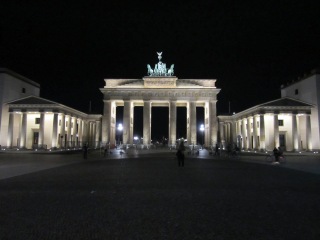 Brandenburg Gate at night. Unlike daytime, it’s not overrun with tourists at night. 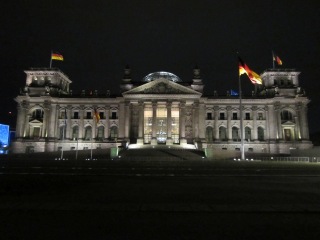 The Reichstag at night.
COPENHAGEN 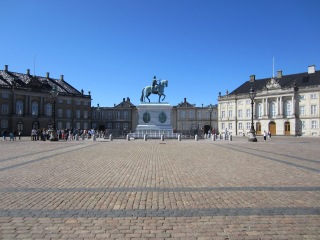 The royal palace. Denmark still has a royal family, and their palace seemed strangely under guarded. 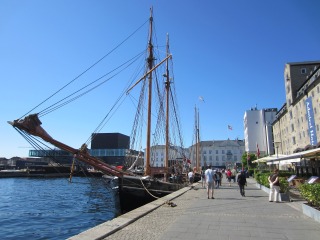 Walking around Copenhagen. It was really pleasant when I was there in July, but I imagine it’s not so nice in the winter.

The Little Mermaid Statue. Like the Mona Lisa, it’s actually quite small and you’ll never need to see it a second time.
COLOGNE

The Cologne Cathedral, which used to be the tallest building in Europe until the Eiffel Tower got built. 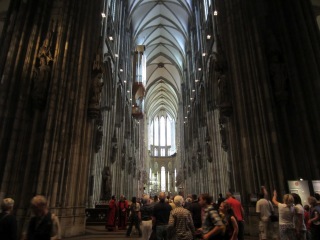 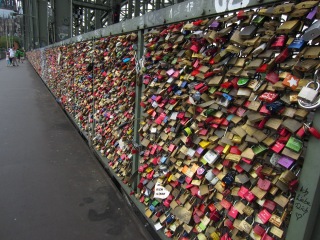 Along Cologne’s rail bridge you can find the most extensive collection of padlocks ever. People put a padlock on the bridge to mark a significant event such as an engagement. 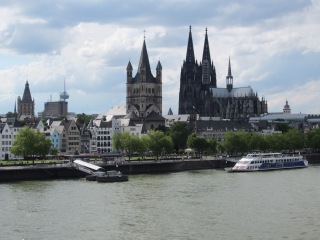 A view of Cologne Cathedral from across the Rhine River.
AMSTERDAM (SECOND VISIT) 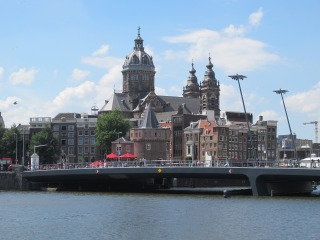 Arrival in Amsterdam for the second time, and what’s that? It’s sunny? 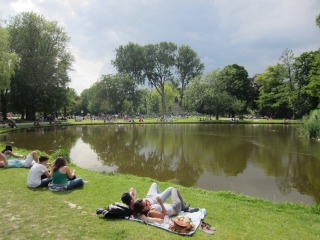 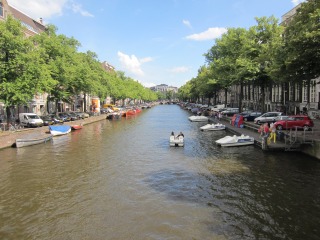 I still can’t believe the sun’s out.
LONDON (SECOND VISIT) 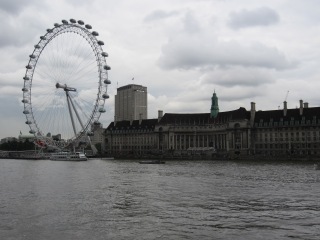 Back in London, and just like last time, it is cloudy and wet. 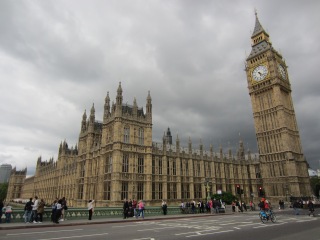 Another view of Westminster.

Buckingham Palace. No need to see changing of the guard this time.

Inside the British Museum is the famous Rosetta Stone. 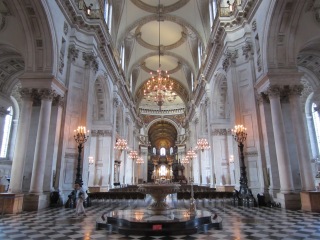 The inside of St Paul’s Cathedral. Last time I was there I didn’t get any photos, but on my second visit I made sure to get some.

Tower Bridge, with the bridge raised for a passing boat. You can see the Olympic rings hanging from the bottom of the upper bridge. It’s a bit hard to tell, but this photo was taking in the middle of a massive downpour.

My plane back to America (ok, so this is actually in Dallas, not London).
And that does it! Thanks for following along over the past few months. This blog probably will not see activity again for awhile, but any future trips like this will likely resurrect it.