As something of a follow-up to my post on PlayStation All-Stars Battle Royale, (found here) I have been thinking over some ideas on possible characters to add to the roster if there ever was a sequel. Lots of characters came to mind, but for this post I decided to limit the list to just a few. Below are six character ideas (plus one honorable mention) along with how I think they might work in the game. 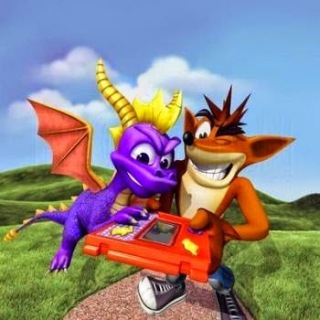 I feel compelled to start this list by giving an honorable mention to Crash Banditcoot and Spyro the Dragon, who seem to have been two of the most requested characters that were missing from the All-Stars roster. With the rights to both characters belonging to Activision and not Sony, I understand why they weren’t in the game, though I’d be willing to bet that Sony did at least try to make a deal with Activision but it never worked out. While Crash and Spyro are not a big deal for me, they were major characters from the PS1 days and I’m willing to give them a spot on this list.
Nathan Hale

Nathan Hale being MIA from All-Stars was the biggest surprise for me when I saw the final roster. The main character from Resistance 1 and Resistance 2 on the PS3, Hale seemed like an obvious choice and the inclusion of a Resistance stage in the game along with a few other Resistance-related things left me scratching my head as to why he was missing. If he were added to the roster, I’m thinking Hale would play somewhat similar to Ratchet in that he would use a variety of outlandish weapons, which is fitting since Insomniac Studios created both characters. Hale would also be a much more fitting rival for Radec than Sir Daniel and there could be some interesting interplay between Hale and Radec as they are both soldiers fighting against the invasion of their worlds.
Sora 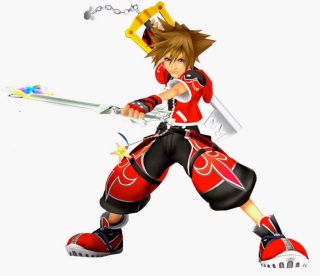 As a fan of the Kingdom Hearts games, I immediately concede that nominating Sora for the All-Stars roster is a biased choice. That said, I still think he’d be a good addition. Sora’s Keyblades would be his primary weapons and he could change them up to modify his attacks, somewhat like how current All-Stars character Toro can change his costumes mid-fight and alter his attacks. One Keyblade could be for casting magic attacks while another could be for close range melee attacks. Sora could maybe even call in his friends Donald and Goofy to help him, but that would probably require a lot of legal wrangling to secure permission from Disney to use them. As his weapon is a Keyblade (quite literally, a large key that he uses like a sword) Sora could perhaps have the ability to unlock or manipulate various things in the stage, such as opening a teleport portal or repositioning a platform. This ability would have to be very carefully managed to keep it from being overpowered, but could really make Sora a truly unique character on the roster.
Joel and Ellie

The Last of Us is widely regarded as one of the best games on PlayStation 3 and one of the best games of the PlayStation 3/Xbox 360/Wii era, so having main characters Joel and Ellie added to the All-Stars roster strikes me as a no-brainer. In terms of gameplay, Joel and Ellie could either work like either of two characters from the Smash Bros games. They could possibly work like the Ice Climbers, who are a tandem pair that fights as one. In this way Joel and Ellie would be on the screen at the same time and attack simultaneously or independently. The other character they could emulate would be the Pokemon trainer, who deploys one of three Pokemon and switches between them on the fly. Joel or Ellie would be on the screen by themselves and have their own movesets, however the player could switch back and forth between them at will.
Faith

Faith has been on my mind from the moment I first started thinking of this list. Faith would a lightweight character whose playstyle would focus on speed and maneuverability to even the playing field with bigger, stronger characters. Ideally her Parkour movement from Mirror’s Edge would somehow be translated into the game, though that would take some work to figure out. The main thing that I think could be used to set Faith apart from other characters in the game is that she could be given the ability to perform disarms like she does in Mirror’s Edge and then use other character’s weapons against them. Disarms would not be easy and require a bit of finesses from the person using Faith, but if done correctly, I think this gameplay mechanic could make Faith a good high risk, high reward character. Seriously, can you imagine the horror of a player who is using a character like Ratchet or Radec having one of their guns taken away and turned on them?
A Final Fantasy Character 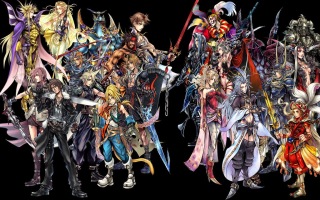 The Final Fantasy games have had so many characters in them that just selecting one for this list proved to be insurmountable task for me. Main characters like Cloud would make the shortlist, but I can’t see any one character being the clear-cut choice. Because there are characters that could fit any conceivable role, I’m thinking that this character would probably be the last one picked for the final All-Stars roster. After all the other characters have been selected, the developer of the next All-Stars game could look to see if there are any gaps that need to be filled and pick an appropriate Final Fantasy character for that gap. Be it mages, warriors, rangers, rouges or talking animals, there’s a Final Fantasy character for whatever is needed.
Shuhei Yoshida 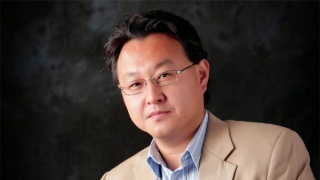 So, Shuhei Yoshida is not actually a video game character, but he’s become something of a celebrity in the PlayStation universe, and I think it would be hilarious to make him part of the character roster of All-Stars. He’s already making an appearance as a playable character in Super Time Force Ultra, so at this point I see no issue with throwing him into other games. Having no swords, magic, guns or any other traditional weapons, my idea for how to make him work in the game would be for him to somehow wield the power of PlayStation itself. He could hurl squares, triangles, circles and x’s at other characters. He could stop them dead in their tracks by making them download the latest firmware update. He could pull out his PlayStation Vita and use it to take control of other characters, or he could beat them over the head with platinum trophies.
Before I close out this post, I feel it would be a crime not to mention a series of hilarious videos you can find on Youtube of character ideas that were put together by the Podcast Beyond! crew back when All-Stars first came out. Below is one of them and if you search for “podcast beyond playstation all-stars dream roster” you’ll find the rest. Enjoy.

UPDATE: As of today (April 30, 2016) I’ve noticed that several of the Youtube videos for the Podcast Beyond! dream roster have been taken down. I don’t know why this is, but I’ve updated the embedded video above so that it’s one of the ones that still can be viewed. A playlist with the four remaining videos can be found here.