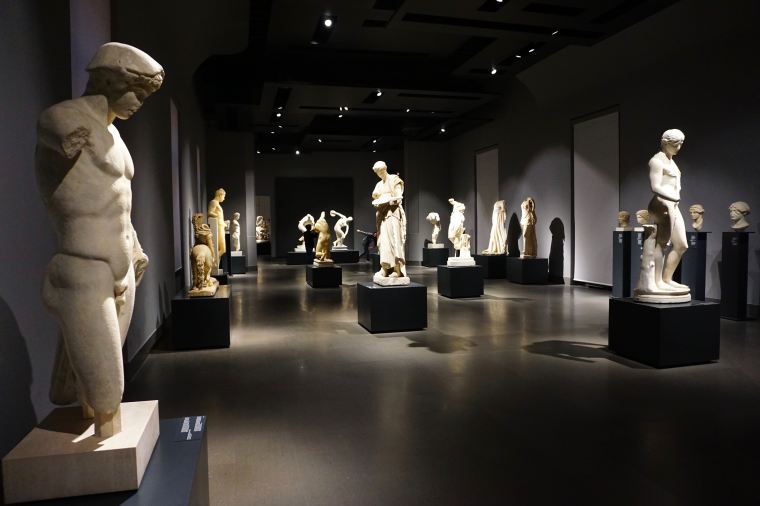 For our last bit of sightseeing of the day, we went to the branch of the National Museum of Rome that’s next to Termini Station and within a building called the Palazzo Massimo alle Terme. I had visited this museum back in 2012 and I thought I remembered exactly where it was but that turned out not to be the case and I embarrassingly led my parents on a fifteen-minute walk in a giant circle while we tried to find it. Of course, the building is actually in plain sight on a street corner and we had walked right past it.

The National Museum of Rome is full of Roman sculptures and artwork. Among all the statues you can find the most complete version of the famous Discobolus statue, (aka the Discus Thrower) which was originally a Greek design but Roman aristocrats had a love of all things Greek and the statue was copied many times over. If you go down into the basement you can also find an exhibit with an extensive collection of Italian coins from the past 2,000 or so years. Being next to both the train station and the city’s main bus station, the museum is really easy to get to and from there you can reach just about anywhere else in Rome.