Welcome to Late to the Party, a series in which I discuss video games that I’ve finally gotten around to playing. Today I’m going to talk about Call of Duty: Modern Warfare Remastered, an updated version of one of the most influential first-person shooters of all time. I played Modern Warfare Remastered on a PlayStation 4 Pro and today’s post will be focused primarily on the game’s singleplayer campaign. There will be a few spoilers in today’s post but seeing as how this is a remaster of a 12-year old game I think that’s largely a nonissue.

Right off the bat let me say that Modern Warfare Remastered looks great. This isn’t merely a modest up-rez but rather the developers at Raven Software have completely remastered the game in the modern Call of Duty game engine. In addition to high-resolution textures, improved color and lighting, and 4K HDR support there are also lots of small adjustments and additions throughout the game that veterans will notice. Being very familiar with the original version of the singleplayer campaign it was fun to spot all these changes and I’m glad to say that all the ones I noticed were for the better.

Audio in Modern Warfare Remastered has also been reworked. Explosions have more oomph to them and lots of smaller sounds that couldn’t really be heard in the original game can now be picked up by the player. Unfortunately I do have to report that I encountered a scattered few audio glitches while playing the game, the most notable being that grenade explosions would be inexplicably muffled on rare occasion. In terms of character dialogue most of it sounds the same, though it seems that some lines were rerecorded and the characters Zakhaev and Al-Asad both have new voice actors behind them. 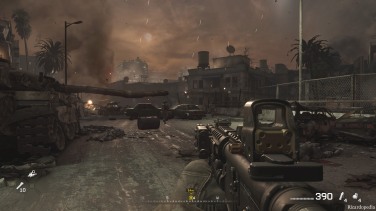 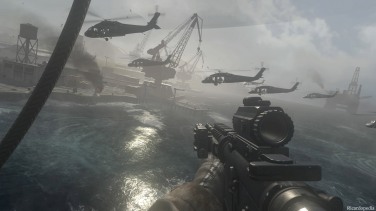 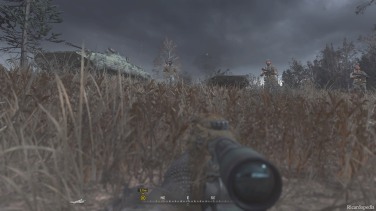 Sneaking past an enemy patrol

While playing Modern Warfare Remastered I couldn’t help but be impressed with how well its gameplay holds up today. It lacks wall running, power sliding, and many of the other gameplay features common in modern shooters but Modern Warfare Remastered still plays great and runs at the a silky-smooth framerate. The absence of flashy moves might be a turn-off to some players but personally I think it makes the game feel more grounded in comparison to some of its current contemporaries.

The design of the singleplayer campaign has also largely withstood the test of time. Modern Warfare’s 6-8 hour campaign is regarded as one of the best singleplayer first-person shooter campaigns in gaming history and replaying it reminded me of just how good some of the missions are. Everyone who has played Modern Warfare has their own favorite missions and some of the standout ones in my opinion are All Ghillied Up, Death from Above, Shock and Awe, and Crew Expendable. Probably the one big area where Modern Warfare Remastered’s design falls short, however, is that there are still certain areas in the campaign where enemies endlessly respawn and allies won’t advance until you’re able to get past an invisible checkpoint. This design element was really annoying even back when the original Modern Warfare came out and I’m disappointed that it was kept in the remastered version of the game but I guess I can understand the developers opting to maintain this feature in order to be faithful to the source game. 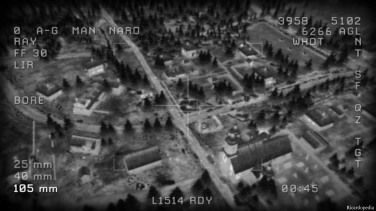 Providing overwatch from an AC-130 gunship

No fighting in the war room

Time to beat a hasty retreat 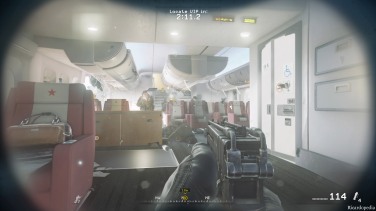 As for Modern Warfare Remastered’s multiplayer I’m really the wrong person to ask about it since I’ve never particularly liked the style of multiplayer found in Call of Duty games. It’s not that Call of Duty multiplayer is bad—the series’ annual sales numbers testify to how good it is—but I personally have a strong distaste for multiplayer in which you have a low time to kill (TTK). To do a quick test I went online and played a single round of Ground War – Domination. Matchmaking was extremely quick and within a few seconds I was dropped into an ongoing match. Everything ran very smoothly, aside from me getting my ass handed to me by veteran players, and from that short but seamless online experience I feel confident saying that Modern Warfare Remastered’s multiplayer works well. Fans of the original Modern Warfare’s multiplayer will definitely want to check it out.

After completing Modern Warfare Remastered’s campaign, briefly dabbling in the multiplayer, and collecting a majority of the game’s trophies I’ve decided I’m going to score the game at an 8.5 out of 10. Aside from some scattered issues this is a great game and a reminder of why Modern Warfare is one of the most acclaimed first-person shooters ever. This is how you do a remastered game. With any luck we’ll get remastered versions of Modern Warfare 2 and 3 at some point in the future. 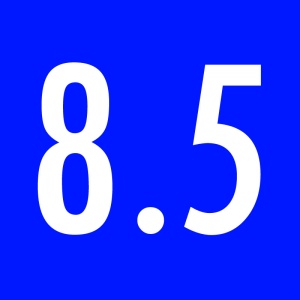