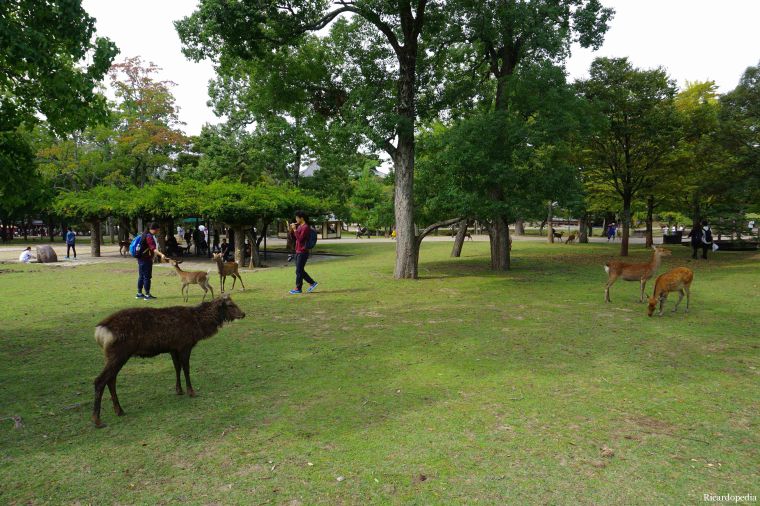 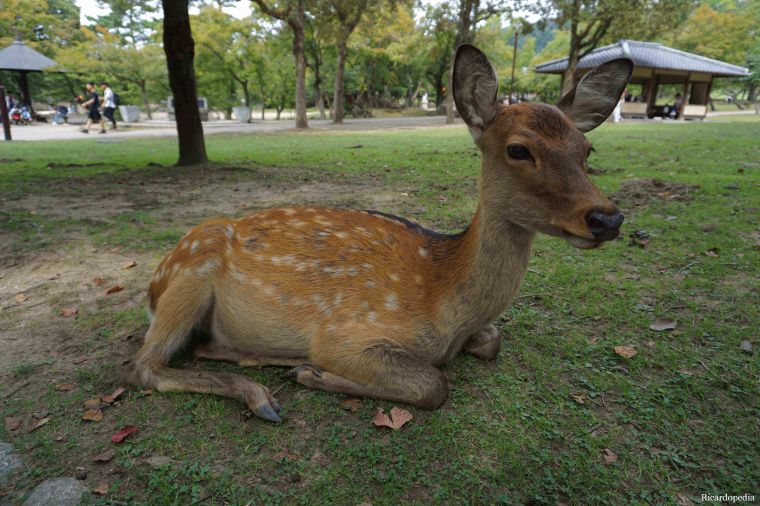 Not far from both Osaka and Kyoto is the town of Nara, which used to be Japan’s capital before the capital was moved to Kyoto. In central part of town is Nara Park where most of Nara’s attractions are located, including the city’s famous deer. There are several hundred wild deer that freely roam around Nara Park and other parts of the city. Originally the deer were given free reign because they were thought to be messengers of the gods and today they’re considered a symbol of the city. While they are technically not tame, these deer have absolutely no fear of humans and you can walk right up to within touching distance of them (though be sure to not to do anything stupid). There are vendors scattered throughout Nara Park selling crackers that you can feed to the deer and Nara’s deer have learned over the years that humans tend to give them more crackers when they do a bowing motion with their heads. As a word of caution, I did see a couple of male deer in Nara that still had their pointy antlers, so careful around those ones if you pay the town a visit.