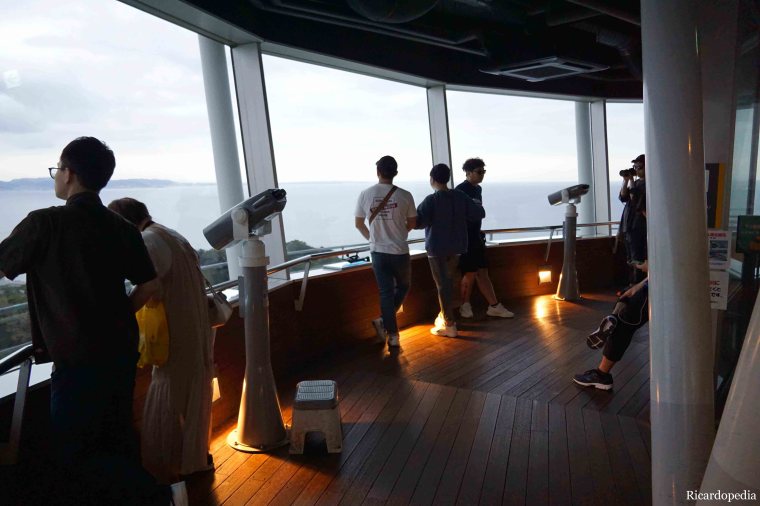 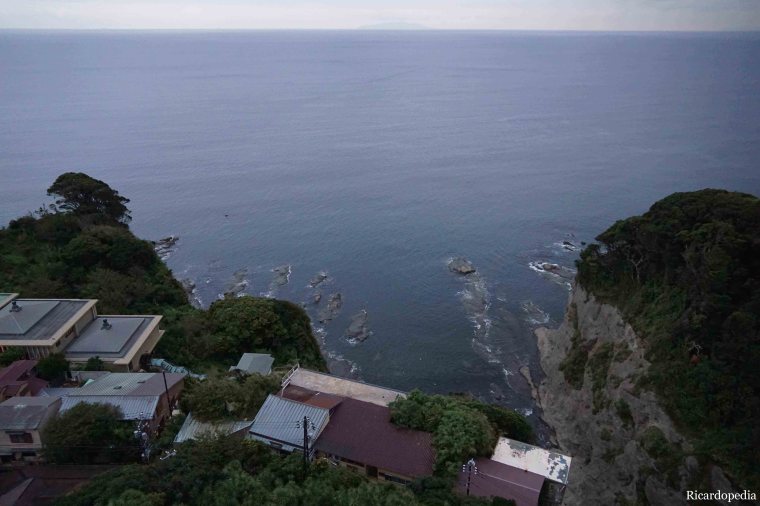 It was about 4:30pm when I left Hasedera Temple in Kamakura and I wanted to try to get to the nearby island of Enoshima before sunset, so I rushed over to the closest bus stop and jumped on the next bus to the island. Enoshima is a bit west of Kamakura and connected to the mainland by a bridge. Time was quickly running out when the bus finally got to Enoshima and I hurriedly made my way to the top of the island. Enoshima has a number of things to see on it but I had arrived late in the day and only had time for one. I chose to visit the Samuel Cocking Garden, which used to belong to a British merchant who purchased a chunk of the island in the late 1800s. In the gardens is an observation tower called the Sea Candle, which also serves as a lighthouse. I rode the elevator to the top of the tower and got some photos of the island and the surrounding area. On clear days you can see Mt Fuji from here, but on the day I visited it was too cloudy for that. 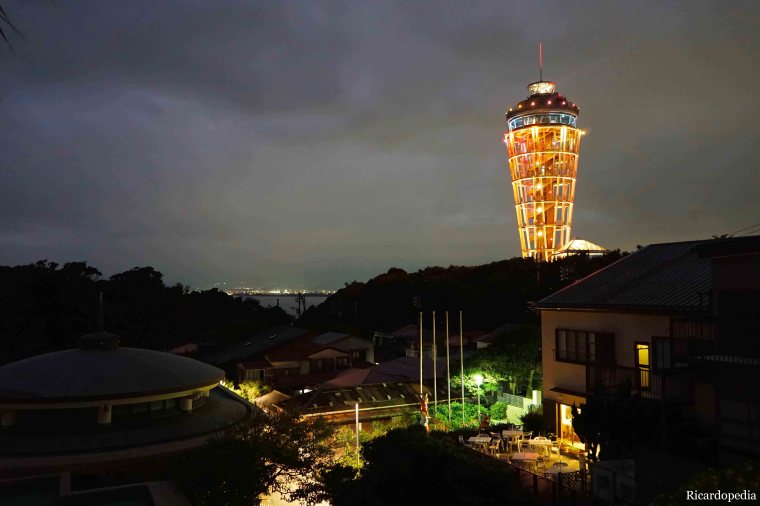 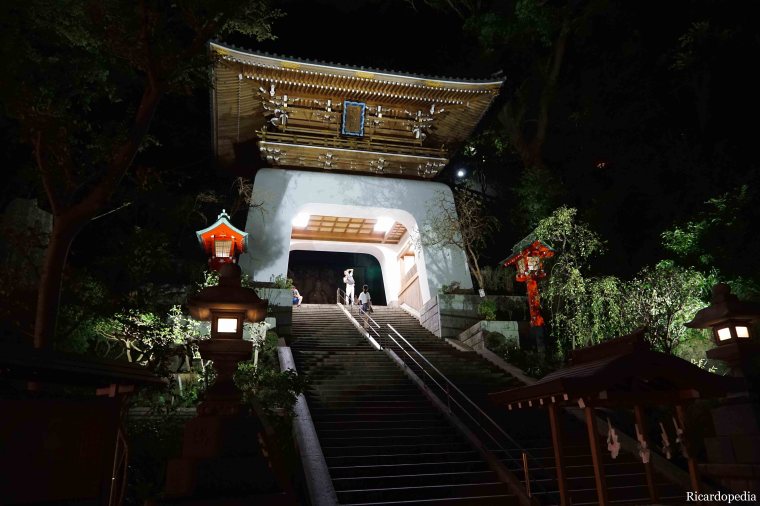 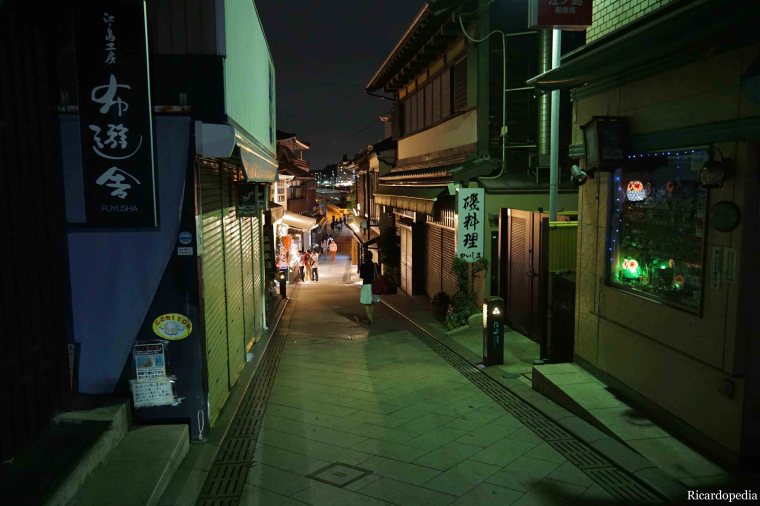 I came down from the Sea Candle and slowly made my way back down the hill as it was getting dark. Along the way I passed Enoshima Shrine and the island’s main shopping street. I had only seen a tiny bit of Enoshima, but I knew I wanted to see more and I made a commitment to come back to the island at the end of my trip across Japan and Korea. In late November I kept that promise, and whenever I publish the post(s) relating to that visit I’ll have a lot more of Enoshima to show you.