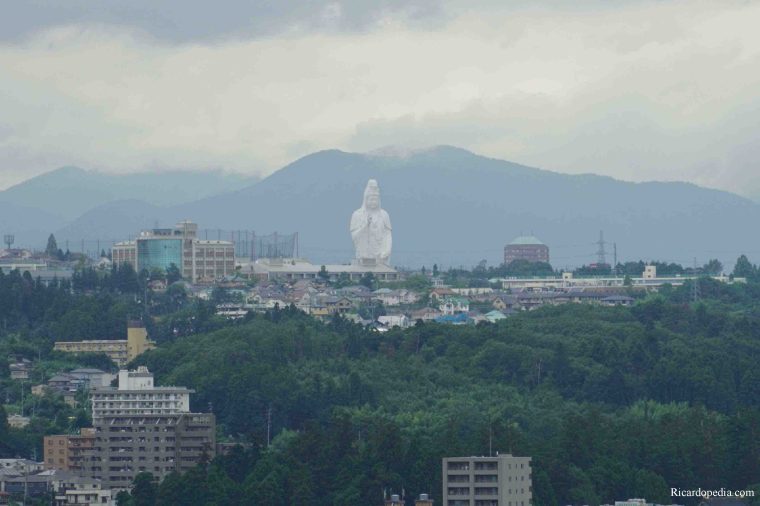 After leaving the Zuihoden Mausoleum I caught a bus that took me over to the ruins of Aoba Castle. Sendai’s great castle was first built in 1600 but unfortunately there’s not much left of the castle today other than the foundation stones. A bronze equestrian statue of Date Masamune, the founder of the Date dynasty and the lord who commissioned the castle’s construction, stands prominently on the castle grounds. You can always tell if a samurai statue in Sendai is Masamune by the off-center crescent ornament on his helmet and as a side note I wonder if Masamune ever got neck cramps from wearing a helmet that was weighted to one side. From up on the castle grounds you can see a lot of the Sendai area and you can understand why Masamune chose this hill for his castle. In the distance I noticed a massive Buddhist statue. This apparently is the Sendai Daikannon and at 100 meters (330 ft) tall it is the tallest statue of a Buddhist deity in Japan. I had hoped to check it out before leaving Sendai but I sadly ran out of time in the city before being able to do that. 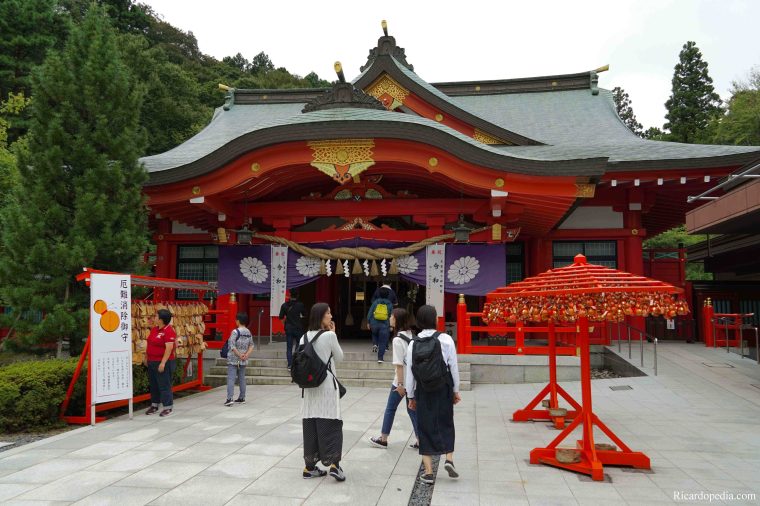 There isn’t too much up at the Aoba Castle ruins and I didn’t spend a lot of time there but before leaving the castle grounds I stopped by Gokoku Shrine. The shrine is meant to honor fallen soldiers and is the prefectural branch of the Yasukuni Shrine in Tokyo. Once I was done there I returned to the bus stop and got on the next bus to Sendai Station. My sightseeing outside of Sendai was about to begin.