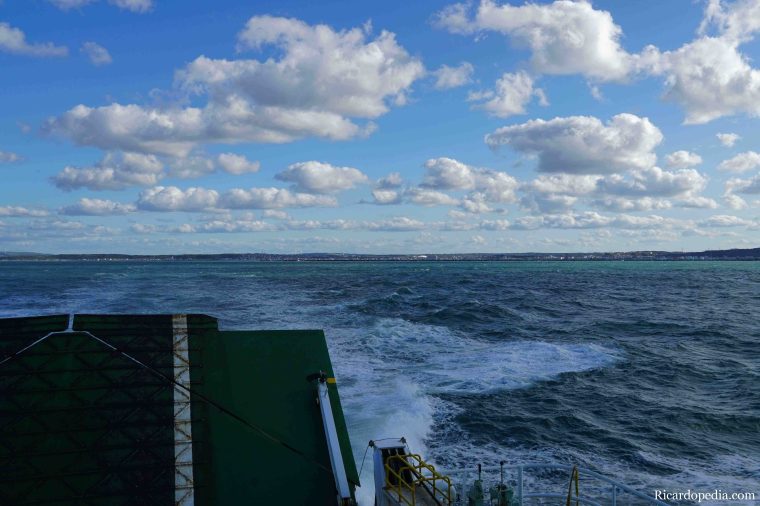 I arrived at the Wakkanai ferry terminal about 45 minutes before the scheduled departure time and left my rental car in the ferry terminal parking lot. When planning my 2019 trip across Japan and Korea I had originally considered paying to have my rental car transported with me to Rebun however that would have cost me about $200 each way, so I opted instead to leave it behind. In the end this was the right decision since I wouldn’t have used the car much on the island and the park fee was only a small fraction of what I would have paid to load the car on the ferry. The total fee for leaving my car at the ferry terminal for two nights was about $30, as opposed to the roughly $400 I would have spent taking the car with me.

Online I had read that you’re supposed to arrive at the ferry terminal an hour before departure to ensure that you get a seat on the boat. I was traveling to Rebun at the end of September—the tail-end of tourism season on the island—so I didn’t have any problems getting a ticket even though I hadn’t arrived as early as recommended. After purchasing a round-trip ferry ticket I went upstairs to the waiting area and sat around until it was time to line up for boarding. A big tourist group was in line ahead of me and I’d run into them again the next day when I was bicycling around the island.

Once I was on the ferry I dropped my backpack on one of the seats and then spent much of the two-hour cruise standing on the outdoor deck in the back of the ferry. The sea was choppy that day and I stumbled around a little as I was walking around and taking photos.

The Hokkaido mainland got steadily smaller as the ferry sailed towards Rebun Island. Along the way the ferry passed by a few fishing vessels. 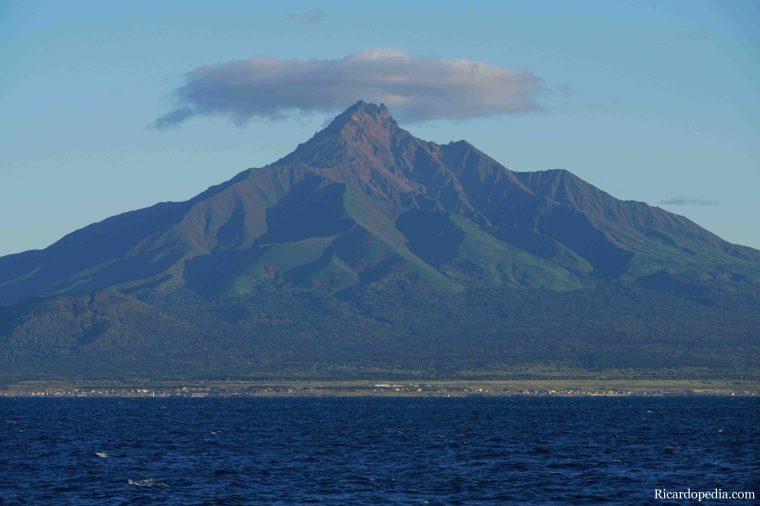 As the ferry got close to Rebun Island it passed by Rishiri Island. Rishiri is sort of like the sister island to Rebun and has a large dormant volcano at its center. Like Rebun, Rishiri’s economy is based on a combination of fishing and tourism, and if I could have added a couple of extra days to my 2019 trip I would have also visited Rishiri Island before or after staying on Rebun.

By the time the ferry was nearing the port on Rebun Island the sun was starting to get lower in the sky. My time on Rebun was about to begin.