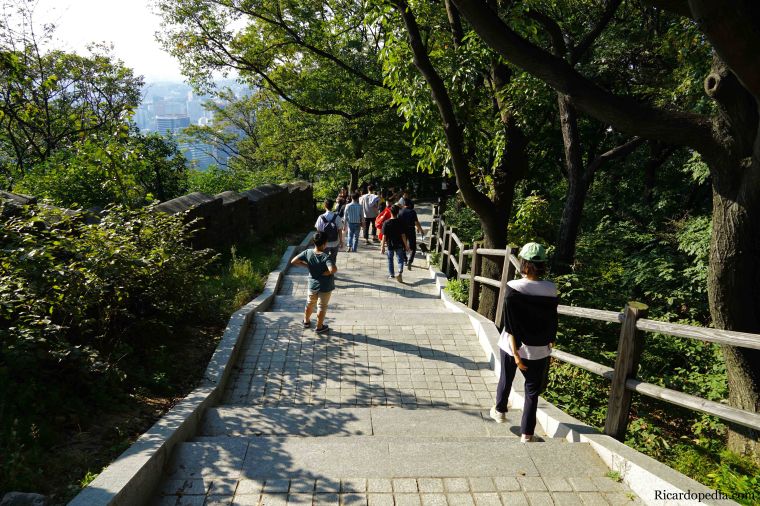 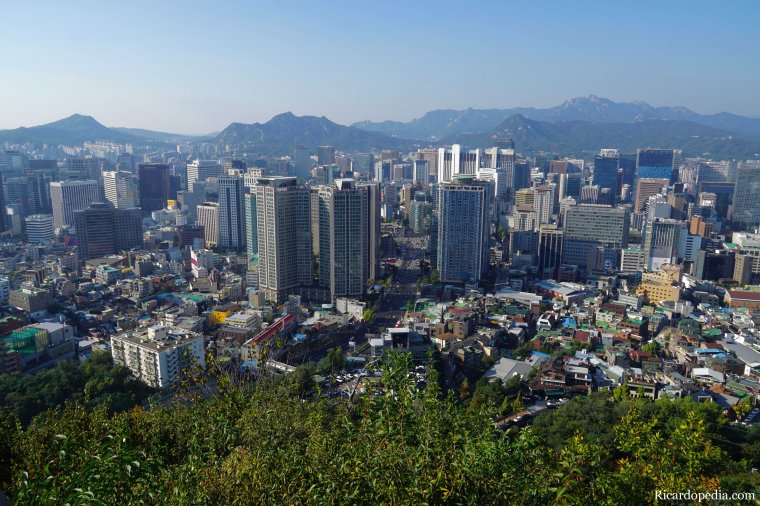 When the martial arts performance that I was watching at the base of Seoul Tower came to an end I decided it was time come down Namsan Mountain. Another show was being set up as I left the plaza area and perhaps in retrospect I should have stuck around longer and seen more performances but I was eager to visit other parts of Seoul. Rather than catch the bus I instead hiked down the mountain, following the path on the northwest slope that ends at the bottom near a library.

There were quite a few people hiking up the path that afternoon and if it’s not a hot day and you’d like some exercise it seems like this is a scenic way to reach Seoul Tower. Along my hike down I got some nice views of the both the tower and the city.