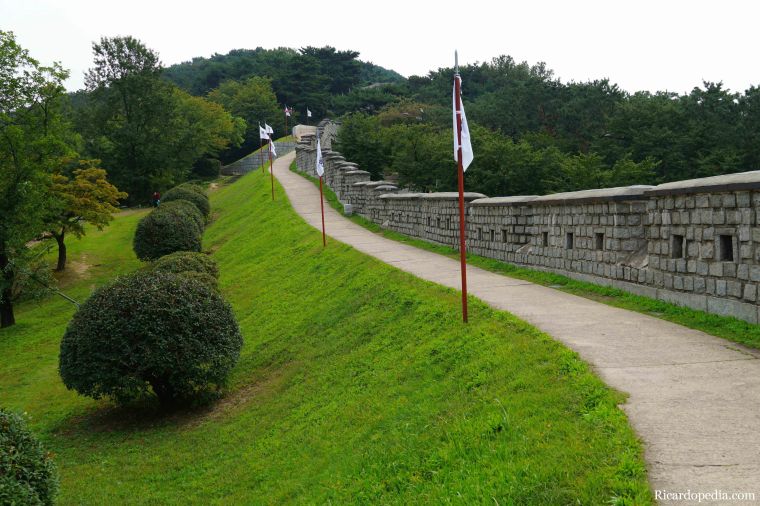 Having left the rest area at Hwaseong Jangdae, I started along the stairs that would take me back down the mountain. Though I still had about 2/3 of the circuit ahead of me I had finished the hard part of the walk and would be moving faster for the rest of my time at Hwaseong Fortress. 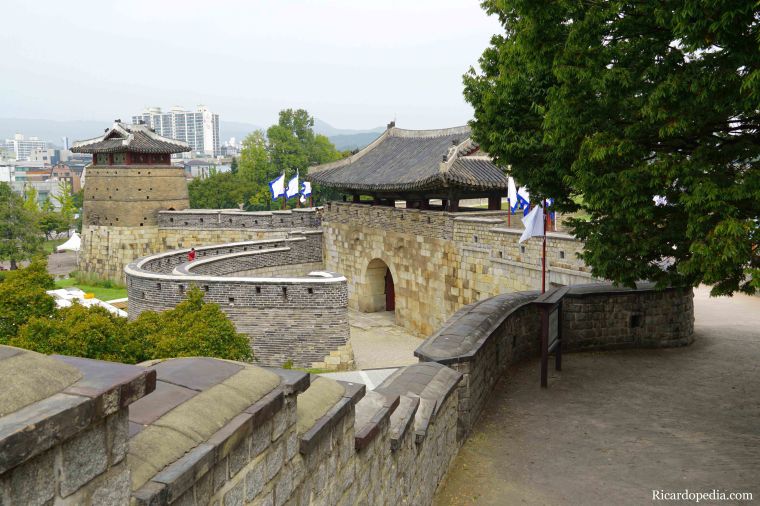 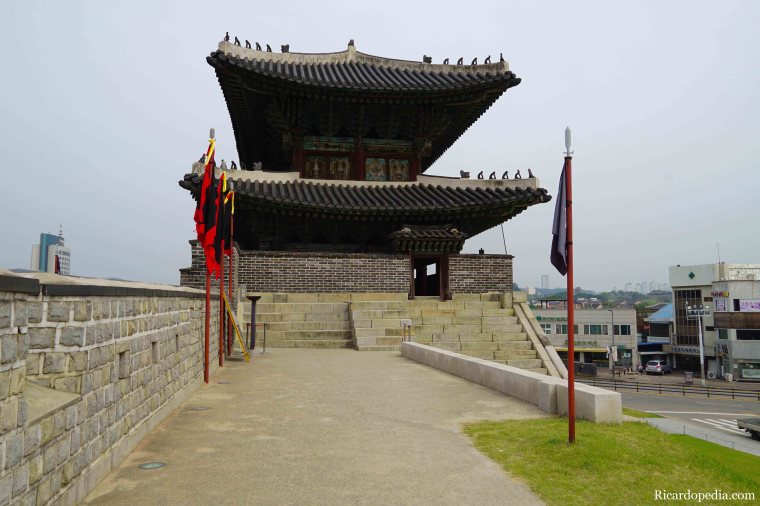 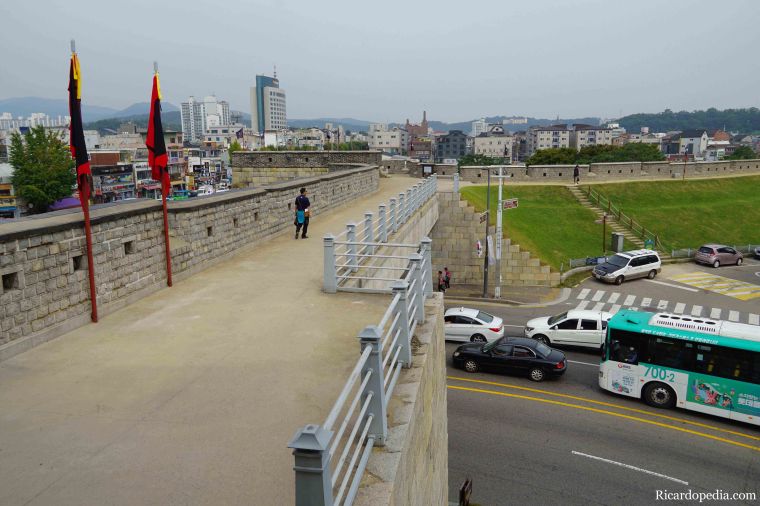 Along the northern part of the walls I passed over a pair of gates and also saw an old cannon on display. Though Hwaseong’s defenses were no match for the more modern weapons of the 1900s, it certainly would have been a strong fortress when it was first constructed in the late 1700s. It was still warm and humid but from here until the end of my circuit around the walls it would be easy walking since the terrain was mostly flat. There also weren’t a ton of other people walking the walls that day, so I didn’t have to dodge any big crowds or worry about getting in the way of other people. 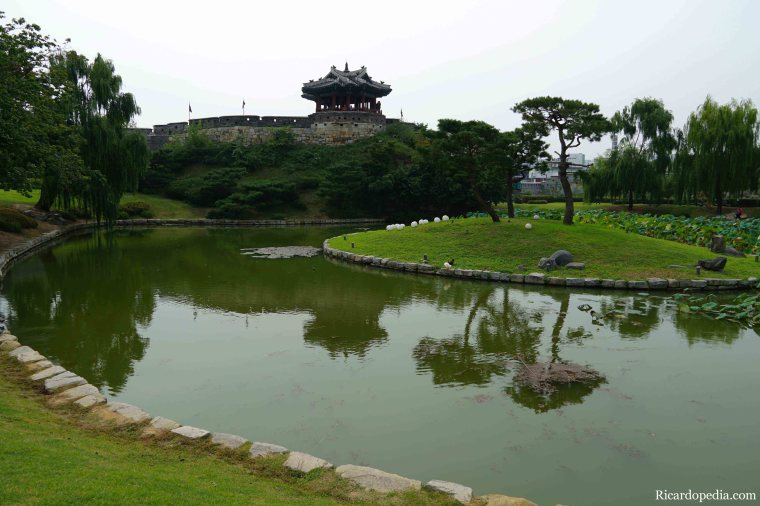 Further down the path I came across a small garden called Yongyeon that had a nice pavilion overlooking it. This apparently was the king’s garden and he would hang out around the pond or up in the pavilion above the garden. 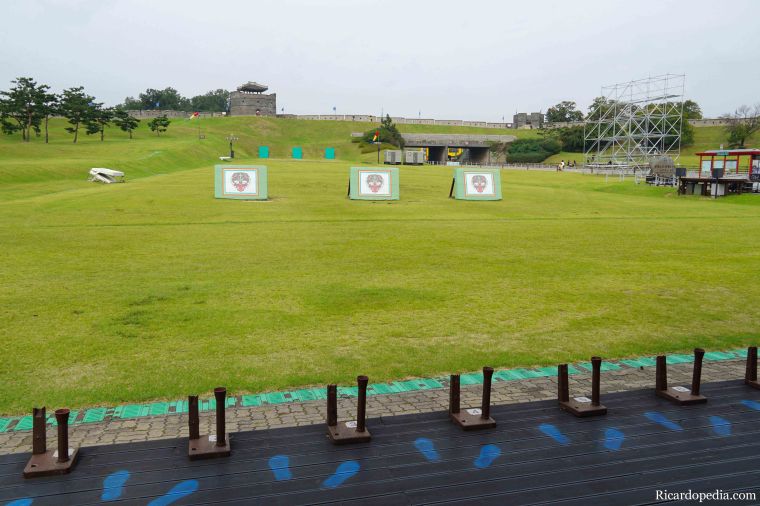 In the northeast corner of Hwaseong there’s a lot of open space and I’m guessing this part of the fortress is used as a venue for various events. In one of the fields there’s an archery range though it was closed when I arrived. A school group was wandering around this area and I remember a couple of the kids said hi to me.

For the final leg of my circuit around the walls I walked the eastern side back down towards Paldalmun Gate. This part of the path is fairly straight and I only stopped a few times for photos. Near the southeastern corner of the fortress I caught a view of the long staircase I had climbed a couple hours earlier. From a distance I could better see just how many steps I had ascended and I was glad that I had chosen to do the hard part of the walls first. With a bit more walking I came down off the walls not too far from Paldalmun and finished my time at Hwaseong Fortress, though my visit to Suwon wasn’t over just yet.