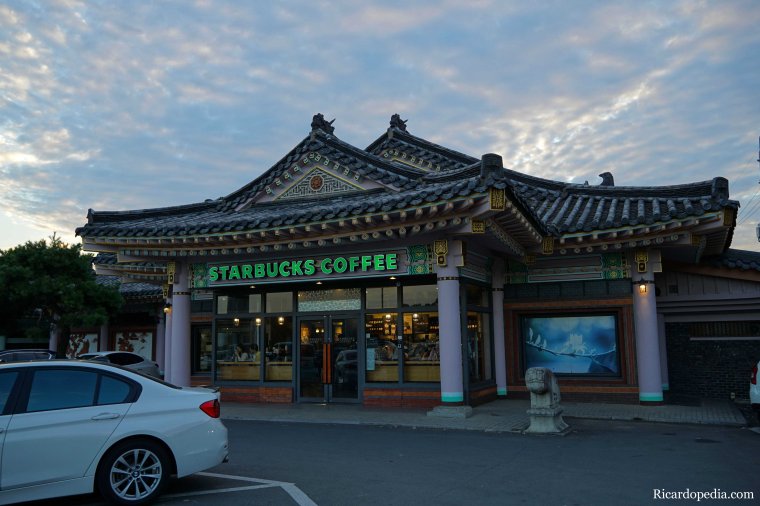 While waiting for the bus to take me back to Busan I got a drink from a nearby Starbucks. Normally I only go to Starbucks on rare occasion but for whatever reason I was in the mood for one of their frappuccinos that evening. The Starbucks menu in Korea is pretty similar to the menu in America and the baristas at this particular outlet in Gyeongju spoke good enough English, so I didn’t have any issues placing my order. Embarrassingly, however, I’m pretty sure I accidentally threw away my bus ticket while I was in that Starbucks. I had bought the ticket at the bus terminal prior to walking over to the Starbucks and it was missing from my wallet when I came back, so I must have tossed it when I removed a bunch of receipts from my wallet. Granted, bus tickets between Gyeongju and Busan aren’t expensive, but I was feeling really bad about having to purchase a new ticket.