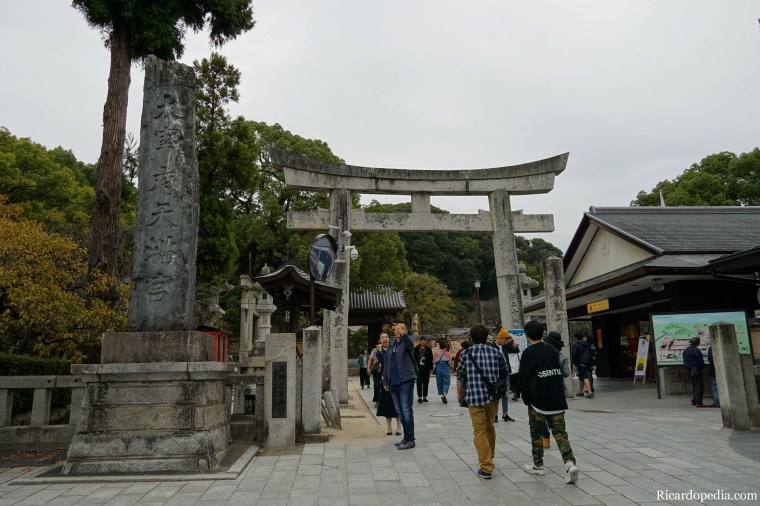 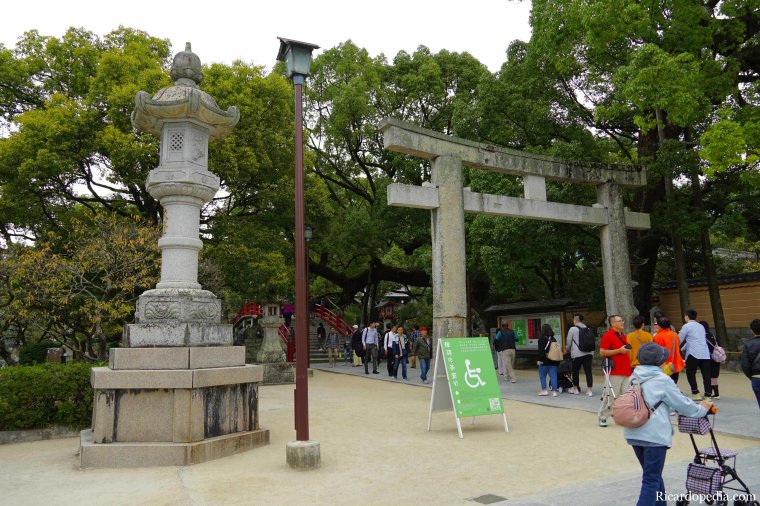 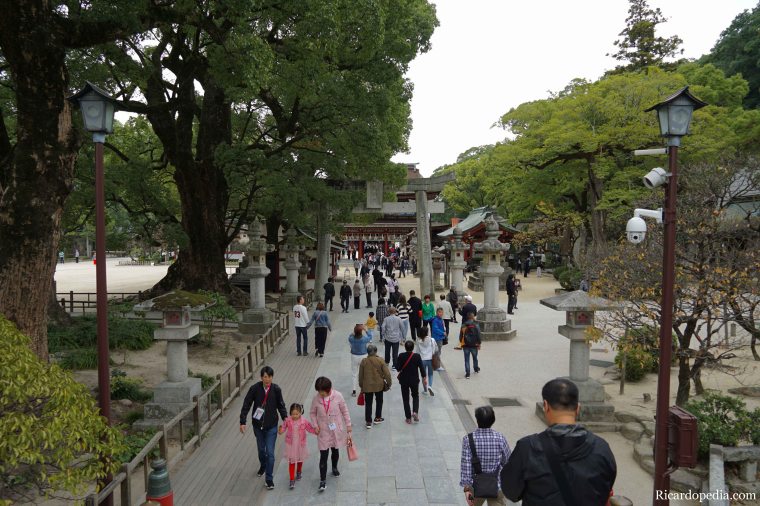 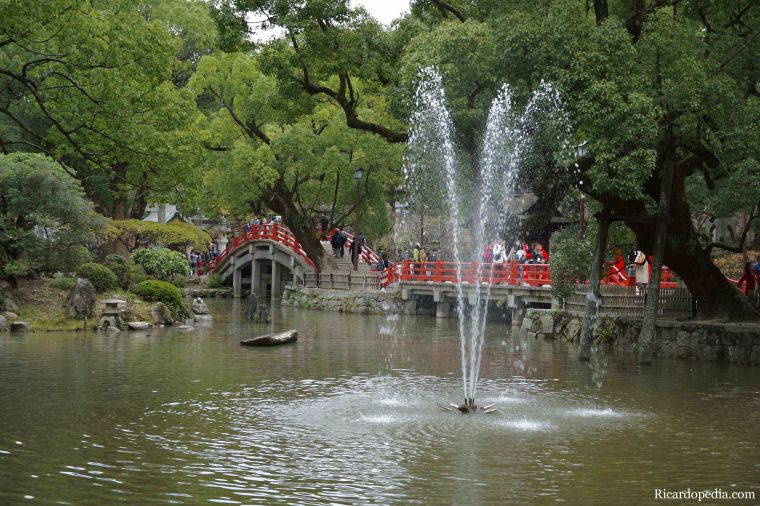 During my stay in Fukuoka I took a day trip down to Dazaifu, a small town about 15 kilometers to the southeast. Long ago Dazaifu was the administrative center for the entire island of Kyushu and it had a few historic sites and other attractions that I wanted to see. The first place I visited was the Tenmangu Shrine. Tenmangu is dedicated to the spirit of Sugawara Michizane, a scholar and politician who lived from 845 to 903. Michizane was a prodigy whose political career began to skyrocket from an early age but unfortunately his quick rise within Japan’s imperial court also earned him plenty of enemies and Michizane ended up being exiled to Kyushu. Michizane spent the rest of his life in Dazaifu and after he died the country was struck by a series of natural disasters that were attributed to his spirit seeking vengeance for his mistreatment. Tenmangu Shrine was thus built on the site of Michizane’s grave in order to appease his wrathful spirit. Michizane also posthumously had his position within the imperial court reinstated and he was deified as Tenjin, a deity associated with education and literature.

After entering the shrine visitors cross over a pair of bridges and an island that are meant to represent the past, present, and future. The pond that the bridges cross over is roughly shaped like the Japanese kanji character for “heart”. 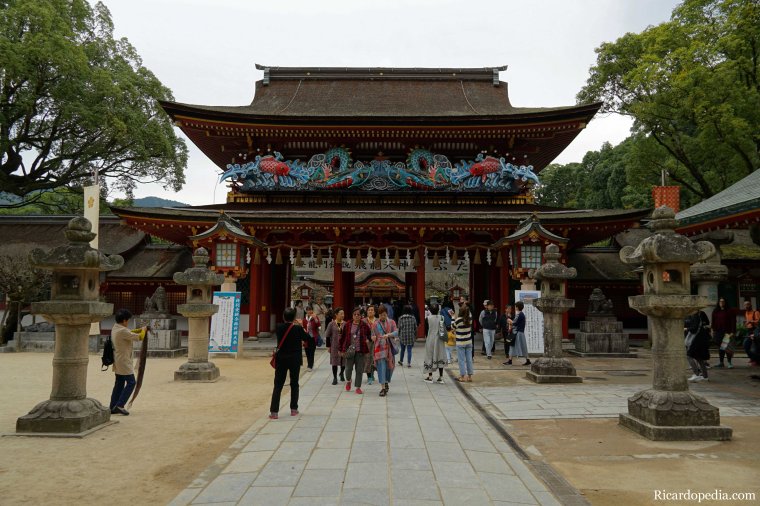 Beyond the bridges is the shrine’s inner courtyard. The main hall at Tenmangu Shrine is a reconstruction from 1591 and when I arrived there a ceremony for children had just finished. Near the main hall there’s a plum tree called the tobiume, or “flying plum tree”. According to legend, this tree uprooted itself and flew from Kyoto to Dazaifu to join Sugawara Michizane in exile. Michizane was fond of plum trees and there are several thousand of them at the shrine. Because Michizane became a deity related to scholarship it’s common for students to pray at the shrine for success in their studies. 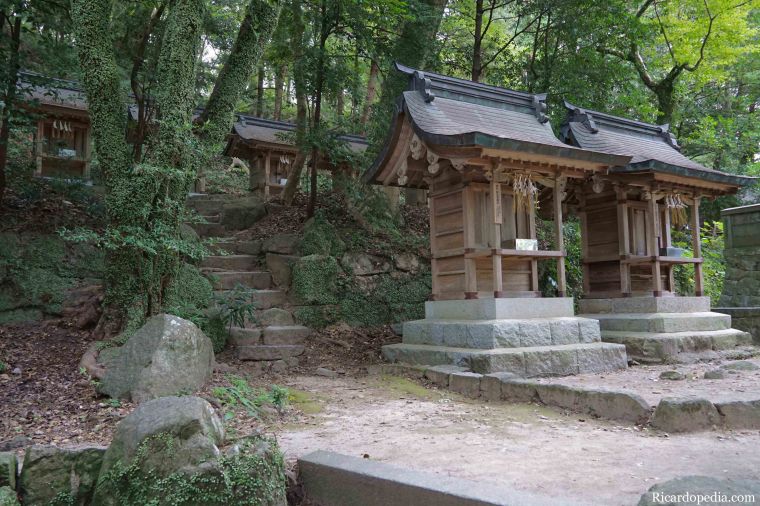 On the east side of Tenmangu are a few dozen smaller shrines dedicated to other spirits. I walked around this area for a couple minutes before returning to Tenmangu’s main hall for a final look. Then it was time to move on and see other sights in Dazaifu.