The rain continued to pour down as I climbed the stairs to Senjokaku Hall, which is also known as Hokoku Shrine. Senjokaku’s name translates to “pavilion of 1,000 mats” and the name refers to the fact that you could fit roughly 1,000 tatami mats on its floor. Construction of Senjokaku began in the late 1500s and there are passageways underneath the hall that allow people to reach the opposite side of the hill that Senjokaku sits on. 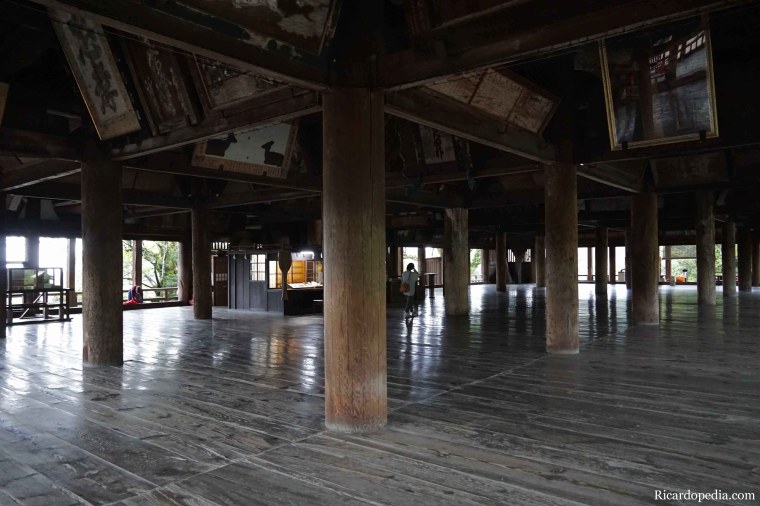 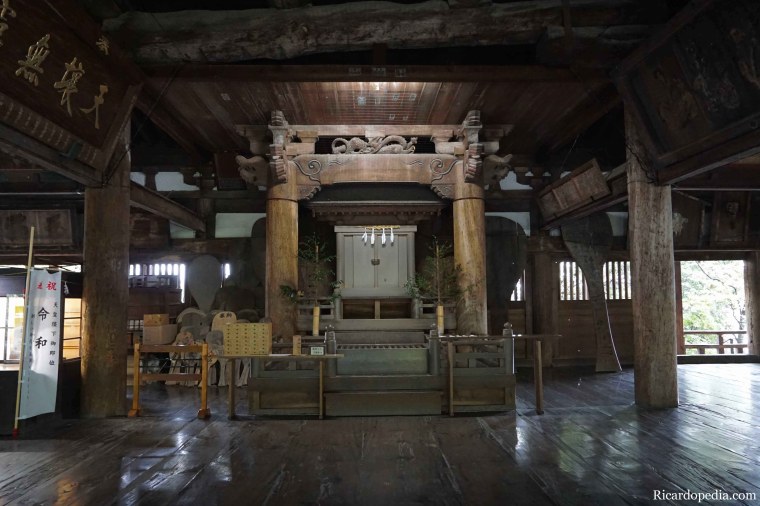 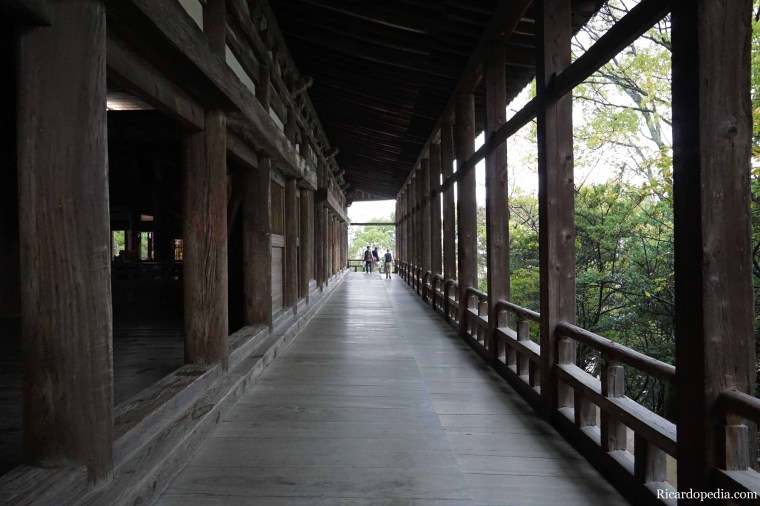 What’s most notable about Senjokaku isn’t what’s in it, but rather how empty it is. Senjokaku’s construction was never finished, resulting in a very open hall that doesn’t even have a completed ceiling. The story behind this is that the Japanese ruler who commissioned Senjokaku Hall passed away before work on the hall was done and the next ruler of Japan decided not to supply the funds needed to finish the building. Entrance to Senjokaku only costs 100 yen (currently USD $0.91) and if you have some extra time on Miyajima it might be worth a visit. 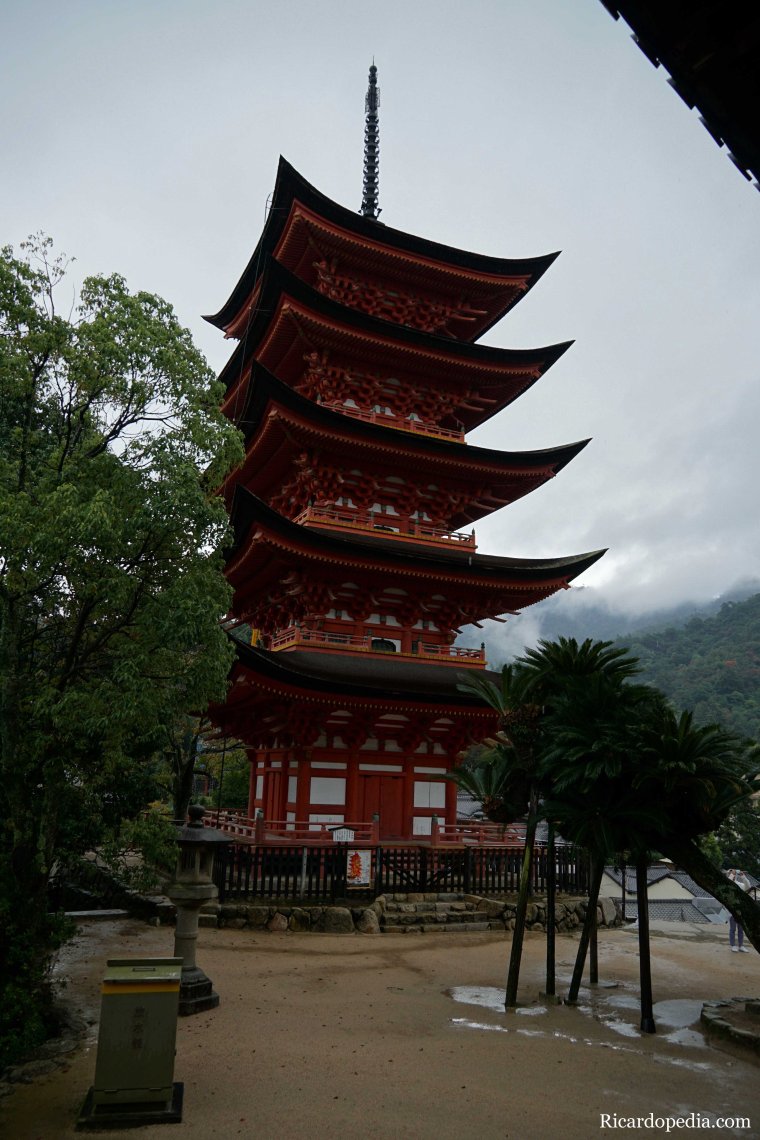 Next to Senjokaku Hall is a five-story pagoda. This colorful pagoda is actually older than Senjokaku Hall, having been first built in 1407.