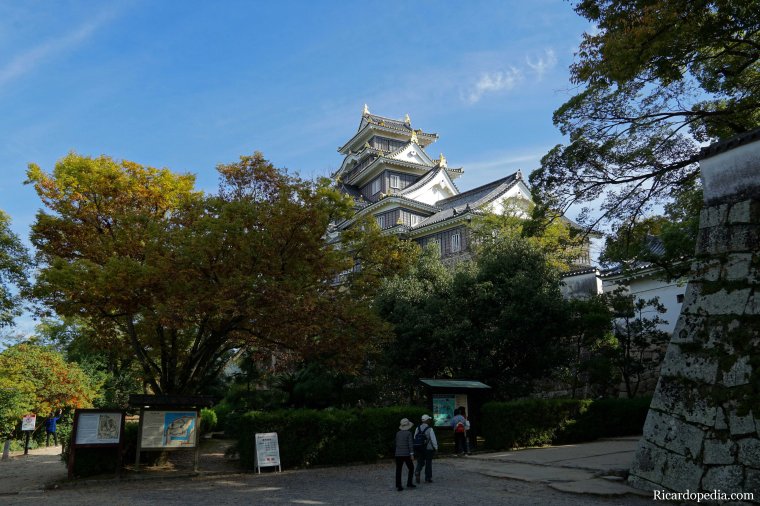 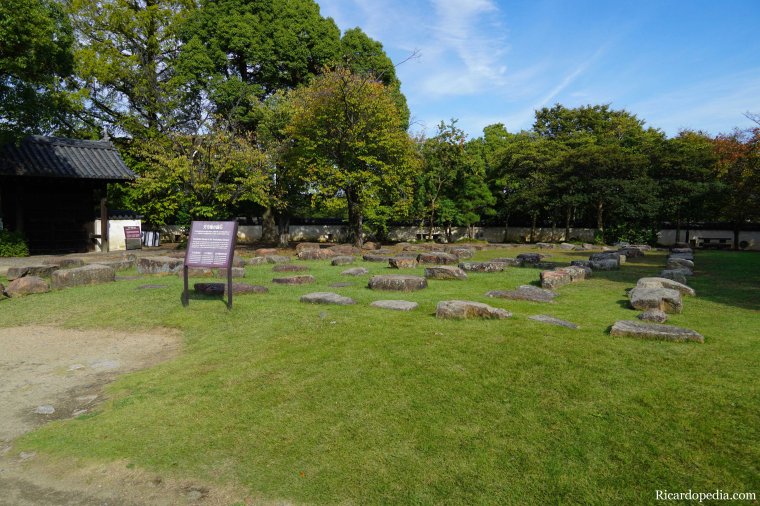 After my short stay in Bitchu-Takahashi I came down from the mountains to the city of Okayama in the southeastern part of Chugoku. Okayama is one of the larger cities in the Chugoku region of Japan and is a also major transportation hub. While I was in Okayama I would be visiting a couple attractions in the city as well as doing a day trip to a few nearby nearby places.

My first bit of sightseeing Okayama was at the city’s castle. Okayama Castle was completed in 1597 and used to cover a larger area of land than what you see today but in the late 1800s much of the outer part of castle was redeveloped during the period when many castles in Japan were lost due to the nation’s push to rapidly modernize. Near the end of World War 2 Okayama Castle was mostly destroyed and it would be about twenty years after the war when reconstruction work began. I entered Okayama Castle from the north side and passed through a couple of gates on my way up to the main tower. Although a lot of the castle is now a park there are several buildings that have been reconstructed and you can see foundation stones that mark where other buildings used to be. There’s also one turret that somehow survived the bombings of 1945 and is today the only original building at Okayama Castle. 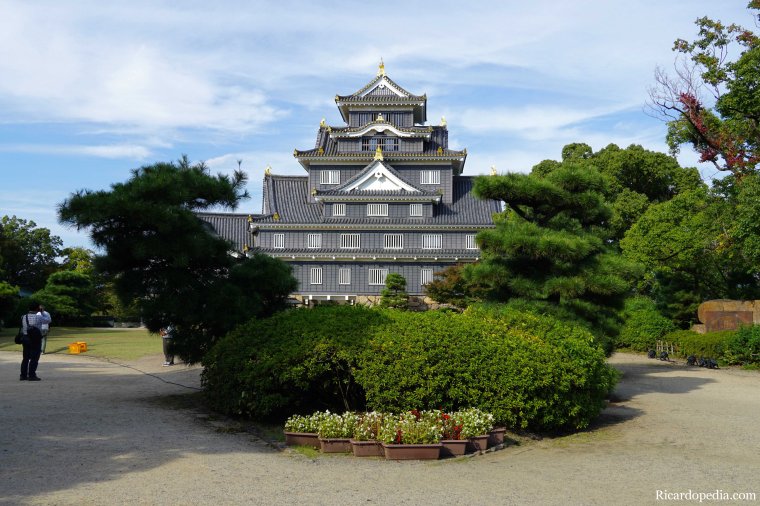 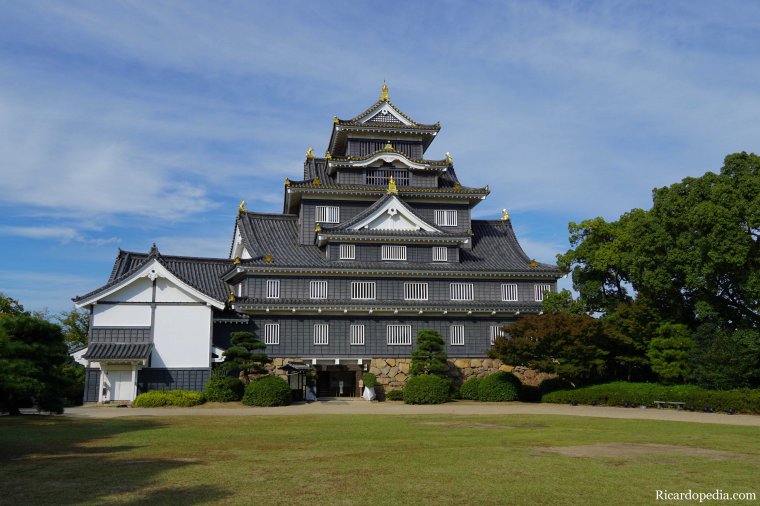 Because of its exterior Okayama Castle was known as “crow castle.” At one time the roof tiles of the tower were gilded, so sometimes it was called “golden crow castle.” The gilded tiles were removed after Japan’s unification war had concluded (the lord of Okayama Castle was on the losing side of the war) and the reconstructed tower that you can visit today has gilded ornaments but the tiles match the color of the walls. 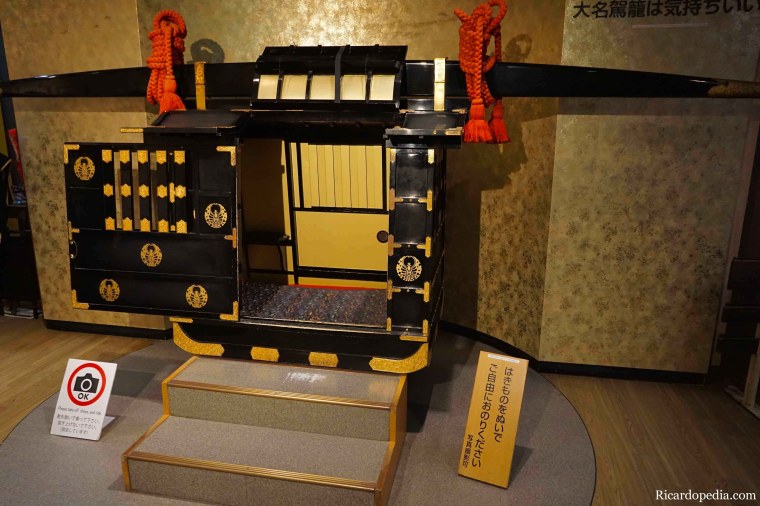 Okayama Castle’s main tower features a modern museum inside it and when I visited there was a lot of samurai armor on display but photography was prohibited within most of the castle’s interior. Strangely enough, the one photo I can show is from a small part of the castle where you can dress up in ancient attire and take a seat inside a palanquin. At the top of the tower you can take a look out the windows for a better view of the castle grounds and the city. 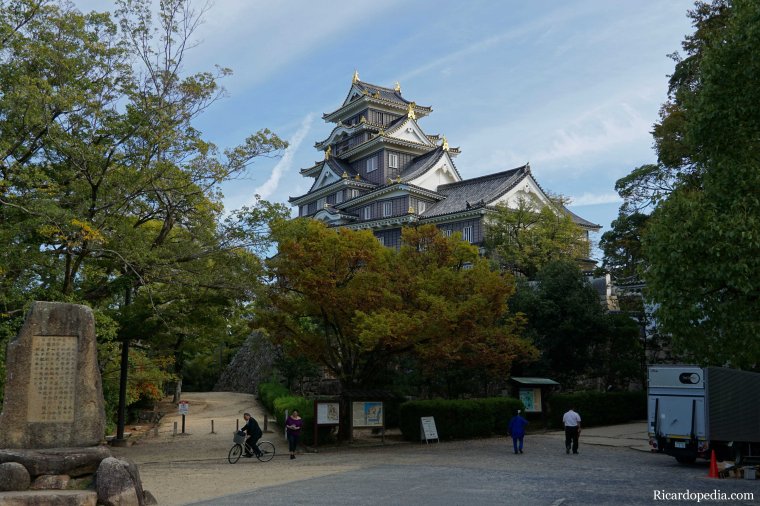 When I finished up at the main tower I walked back to the north entrance of the castle. My second bit of sightseeing for the day was just on the opposite side of the river and will be covered in tomorrow’s post.