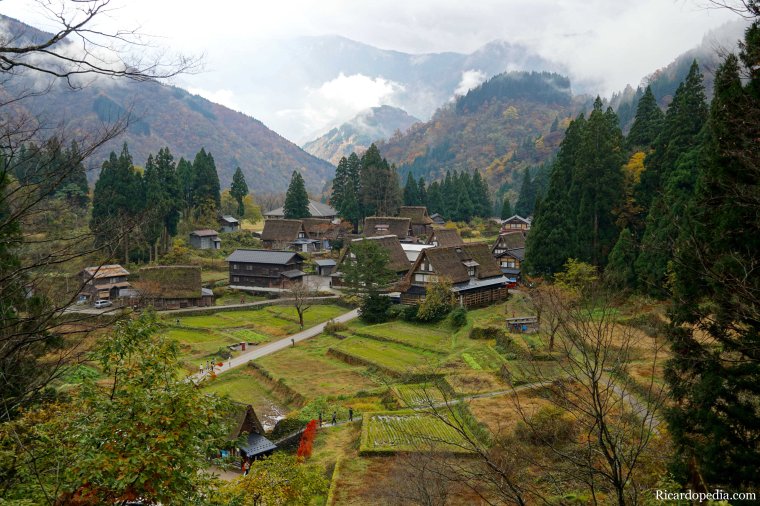 The first of the two villages that I’d be visiting as part of my day trip from Takayama was Ainokura, in the Gokayama region of Japan. Ainokura is the smallest and most remote of three famous villages in Gokayama and Shirakawago, and my tour groups had about 50 minutes to explore it. Myself and a few other tourists started out by hiking up a nearby slope to a spot with a nice view of the village. Ainokura is located in a shallow valley and because it is the hardest to reach of the three villages it also gets the least amount of tourism. 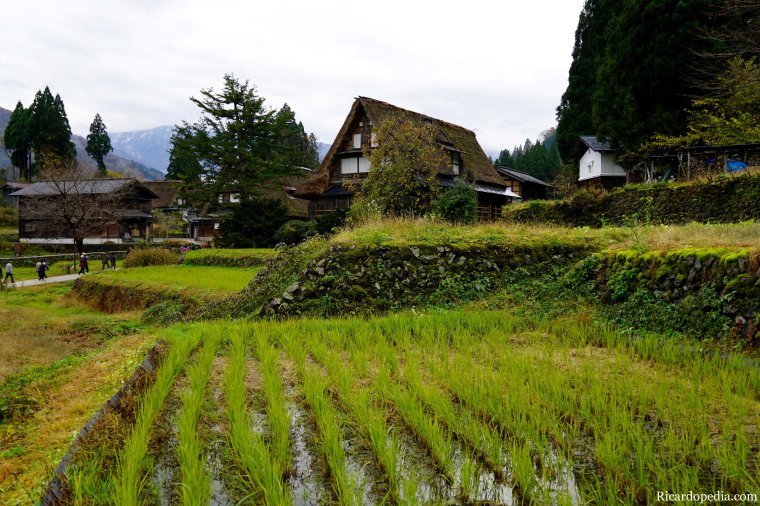 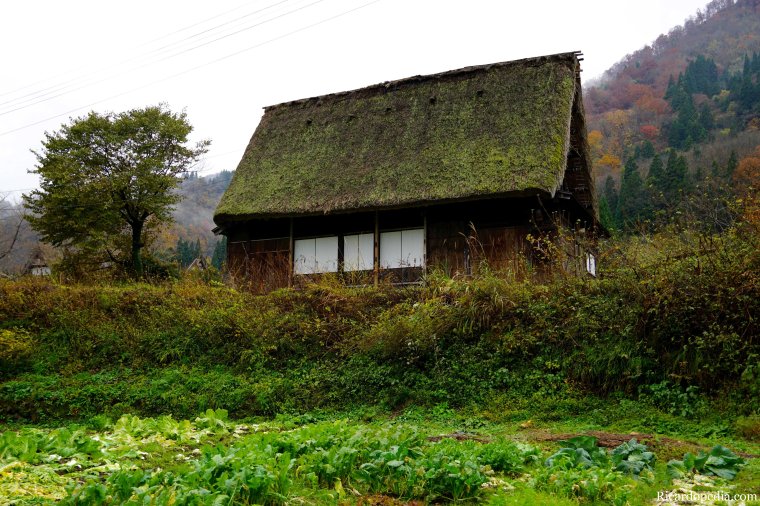 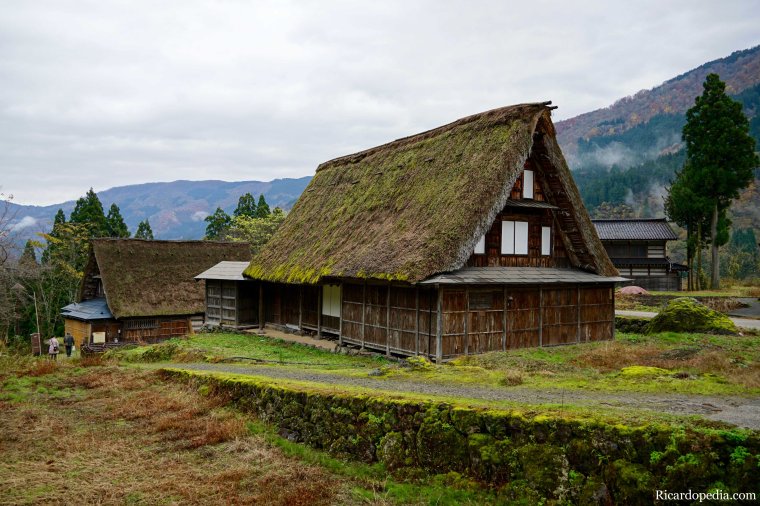 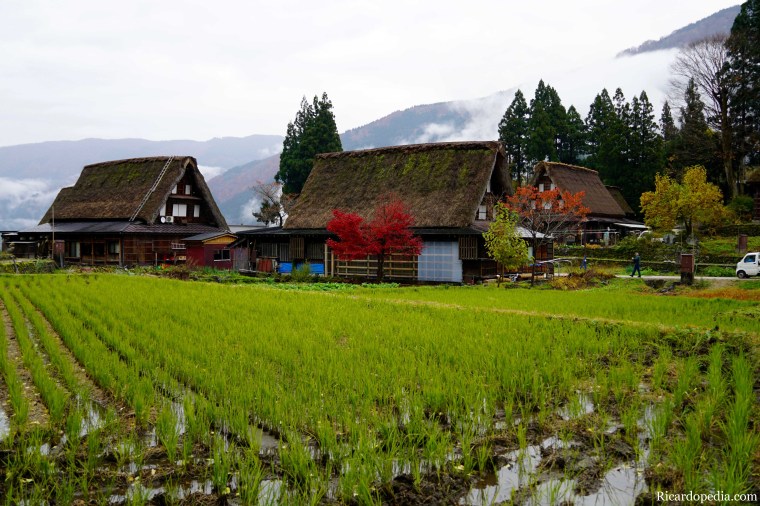 Once I had captured some scenic shots from the viewpoint above Ainokura I came down and spent the remainder of my time exploring the village. A few buses with Chinese tour groups had shown up after my bus had arrived and I tried to stay off the main road since that’s where most of them were wandering. Ainokura is home to around 20 old houses with distinctive steep thatched roofs. These houses are known as gassho-zukuri, which translates to “constructed like hands in prayer” and they are called this because they look like the hands of a Buddhist monk joined together in prayer. The steep roofs mean that the houses have a lot of attic space to store food, which is important in a place like Ainokura where the winters can be long.

While exploring Ainokura the memory card inside my camera ran out of free space and I had to replace it with the last of the four cards I had brought with me to Japan and Korea. On one hand it was thrilling to know that I had taken so many thousands of photos during my journey, but on the other hand I was now conscious of the fact that I needed to be careful not to completely fill up this last memory card before the trip was over. Shortly after changing the memory card I checked my phone and saw that it was almost time to return to the bus. After grabbing a few final photos I headed back to continue my trek through the mountains of central Japan.