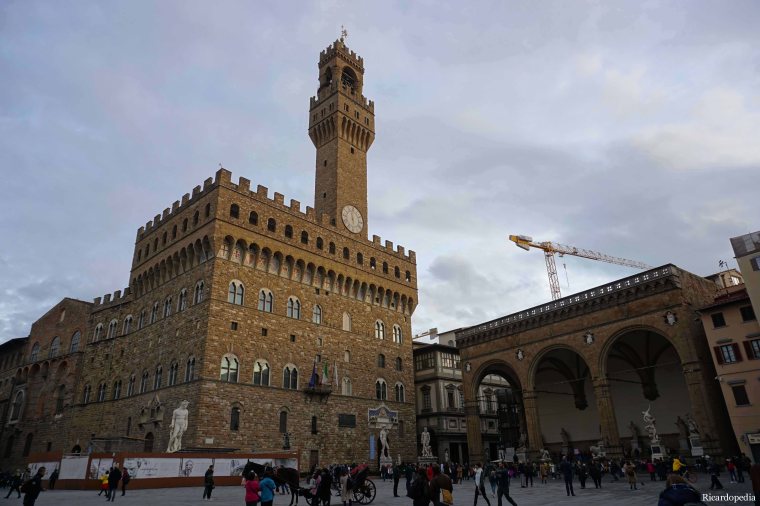 After we had settled down in our Florence apartment we set out to take a walk through the city. One of the first places we came to was Piazza della Signoria, the main square of Florence. This square has been an important focal point of Florence for centuries and is home to the Palazzo Vecchio (pictured) from which the city has been administered since the 1300s. The fact that Florence’s main square is home to the city’s government rather than its cathedral is symbolic of the shift that was beginning to happen during the European Renaissance where the church was starting to be replaced by the state as the central institution of society. Outside of the Palazzo Vecchio you can find a number of notable sculptures including a replica of Michelangelo’s David. Interestingly, David was originally placed outside of the Palazzo Vecchio after the ruling Medici family was kicked out of Florence as a statement of defiance against the Medici. Right by the replica of David, however, is the Hercules and Cacus statue, which the Medici commissioned as a symbol of their power after they had retaken the city. My parents and I didn’t spend too long at Piazza della Signoria because we needed to get to another part of Florence but since the city’s historic core is fairly small we’d end up back here several more times during our stay.