It’s time for the seventh entry in my series of itinerary ideas for my trip to Japan and Korea later this year. Today I’m focusing on the Chugoku region of Japan, which in the map below is the part of Japan colored orange. Chugoku is the western part of the island of Honshu and its name translates to “central country.” I saw a bit of Chugoku in 2017 and for 2019 I’m going to try to revisit a couple of old spots while also seeing some new ones. 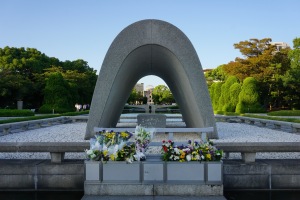 I’ll be arriving in Chugoku after finishing up in Kyushu and the city of Hiroshima will likely be my first stop. Currently I’m only planning to spend a single night in Hiroshima and the moving on. This will give me enough time for me to revisit the Peace Park and also check out one or two other attractions in the city. Hiroshima isn’t getting a short visit because I have any distaste for the city—I’m merely prioritizing other locales for this trip so I can’t spare much time for it. Perhaps while I’m there I should give okonomiyaki another try. 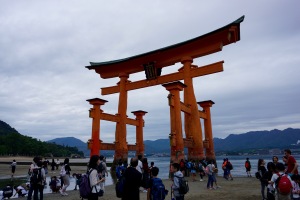 Miyajima is a place I visited in 2017 and would like to come back to but I’ll only do it if I can spend a full day there and right now I’m not sure if I can fit it into my schedule. The island’s famous floating torii gate is currently undergoing renovation work but I’ll be fine spending time on other parts of the island since I missed out on that in 2017 due to a major rainstorm passing through while I was there. Ideally I’d want to stay the night on Miyajima but if that’s not practicable then I guess I can add another night to nearby Hiroshima and visit the island as a day trip. 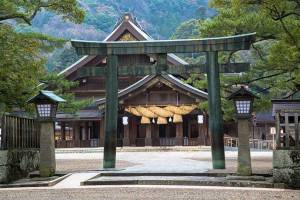 Up towards the northern edge of Chugoku are the towns of Matsue and Izumo. Both towns have historical and cultural attractions that I’d like to explore and since they’re not all that far from each other I’m planning on staying in one of them and then day tripping to the other. Matsue holds one of Japan’s few original castles and Izumo is home to one of Japan’s most important shrines. Getting up to Matsue and Izumo will require me to detour north from the high speed rail lines that run along Chugoku’s southern coast but I think it will be a worthwhile diversion.

Okayama looks like a good place to spend two or three nights, both because it has several sites worth visiting and because it’s a major transportation hub, meaning there are a lot of options for day trips from there. Within Okayama I’d like to see the Korakuen Garden and the city’s reconstructed castle. Outside the city I’d like to visit towns like Kurashiki, Onomichi, and/or Takahashi. It looks like there’s also a nice bicycle route near Okayama that runs through a scenic plain.