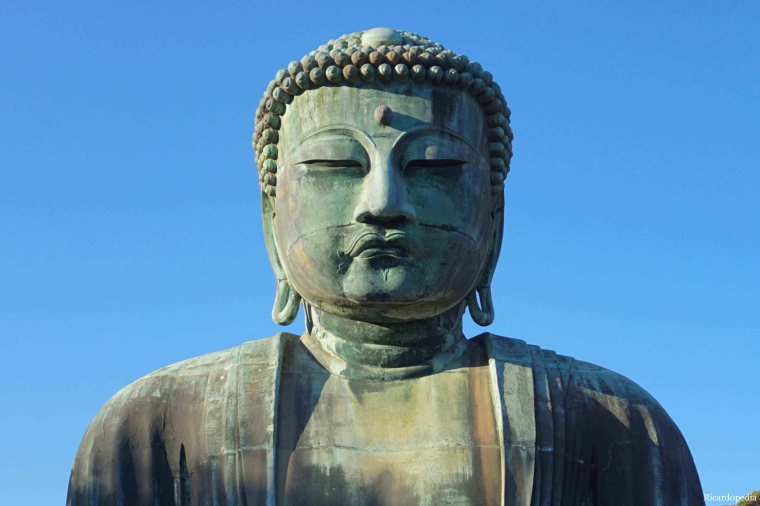 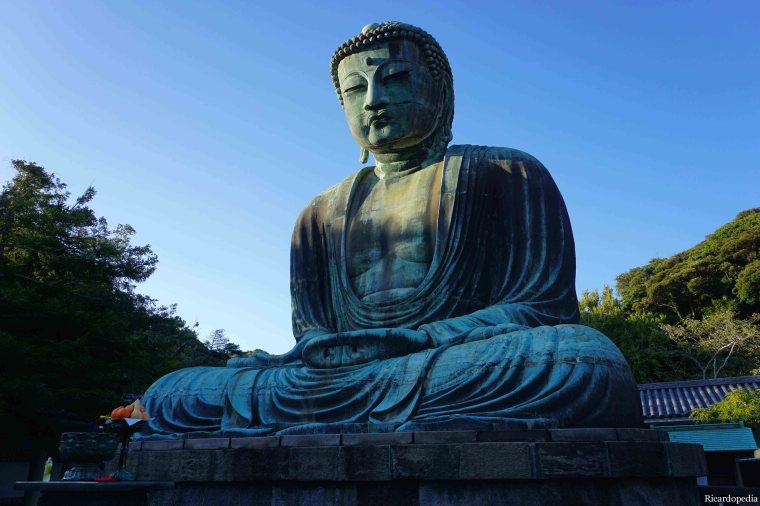 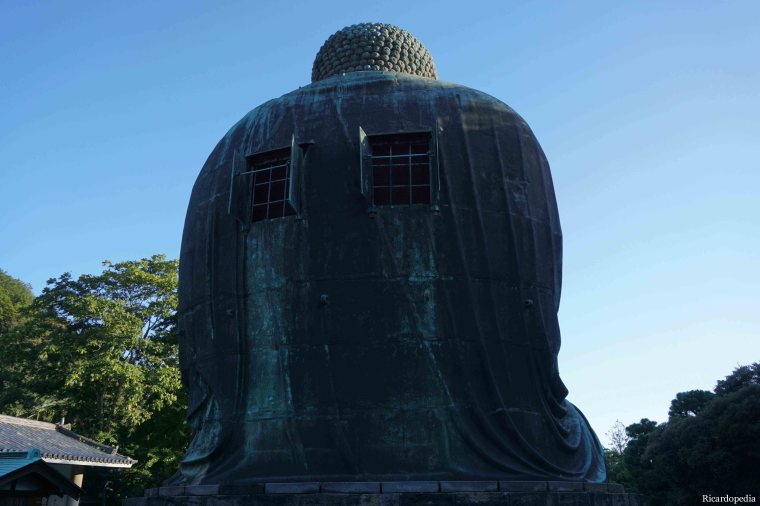 While I was staying in Tokyo I did a day trip down to the coastal town of Kamakura. My top priority while I was there was to see the Great Buddha, which is a large bronze statue on the grounds of Kotokuin Temple. The Great Buddha is about 44 feet tall, making it the second largest bronze Buddha statue in Japan (the largest is in Todaiji Temple in the town of Nara) and it was made sometime around 1252. Originally the statue was inside a temple building but the structures that housed the Great Buddha were repeatedly destroyed by natural disasters and after 1498 it was left to stand outside.

The Great Buddha is probably Kamakura’s most popular tourist attraction and there were quite a few people at the temple when I visited, but not so much that I couldn’t get some decent photos. It was later in the afternoon when I arrived in Kamakura so by the time I finished at the Great Buddha the other notable temples in town had closed for the day but I had accomplished the main thing I had come to do in Kamakura, so I didn’t feel too bad about not seeing much else.