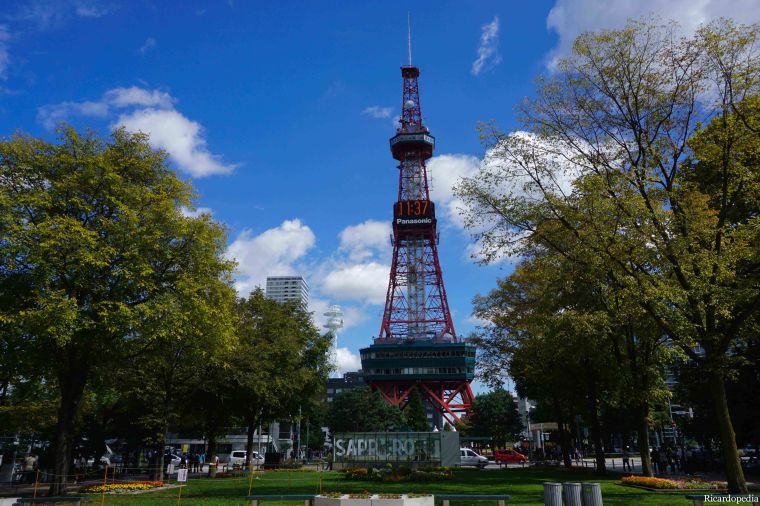 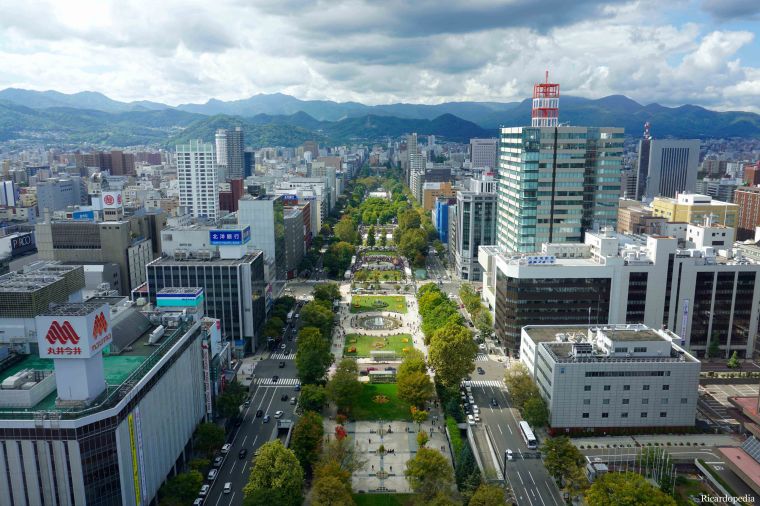 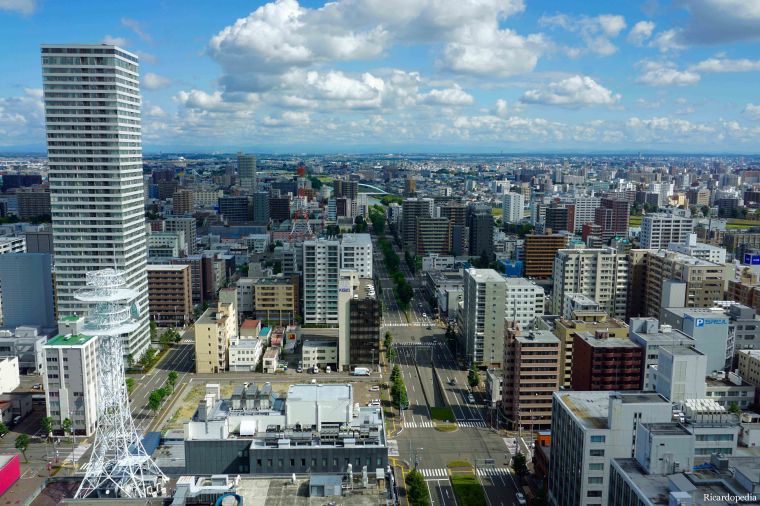 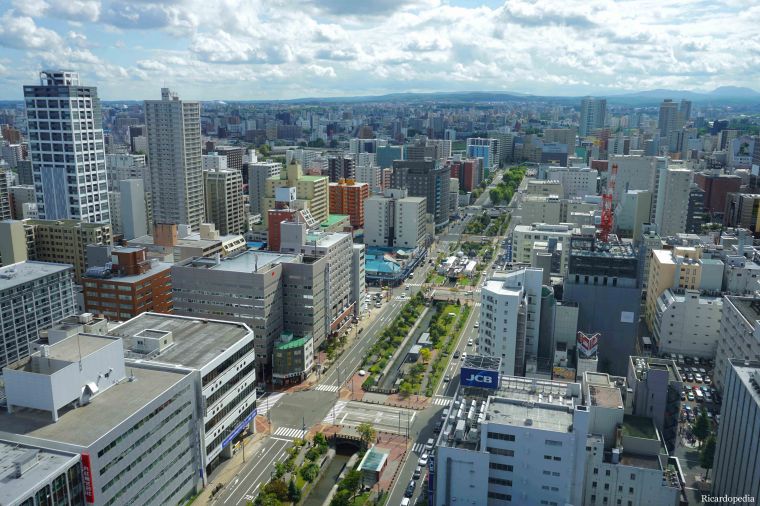 At the east end of Odori Park is the Sapporo TV Tower. As I was walking around Odori Park I decided I’d check out the tower and its observation deck since it would give me a good view of the central part of Sapporo. When you enter the tower you can either take an elevator to the observation deck or you can climb the stairs. I opted for the stairs and as I steadily climbed higher there were signs in the stairwell that congratulated me on taking the harder path and even gave me estimates as to how many calories I was burning. Sapporo doesn’t have as iconic of a skyline as Tokyo but I still liked the view from the observation deck and I spent fifteen or so minutes up there before coming down.