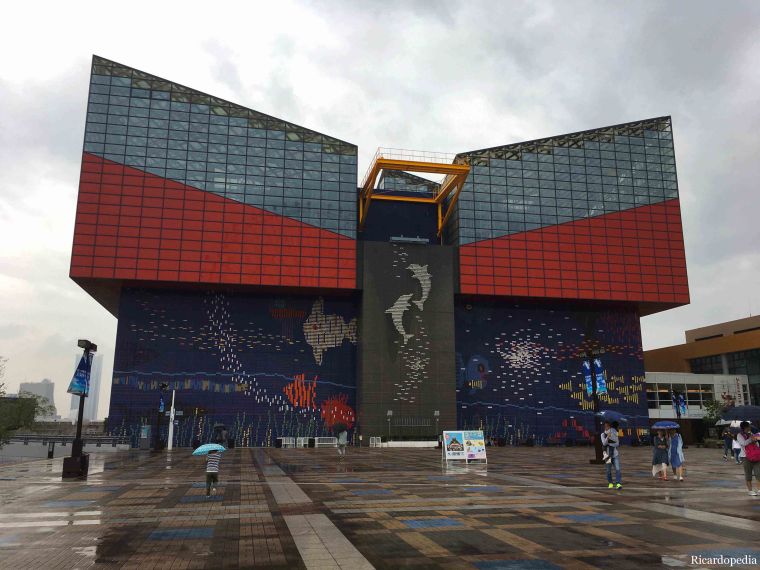 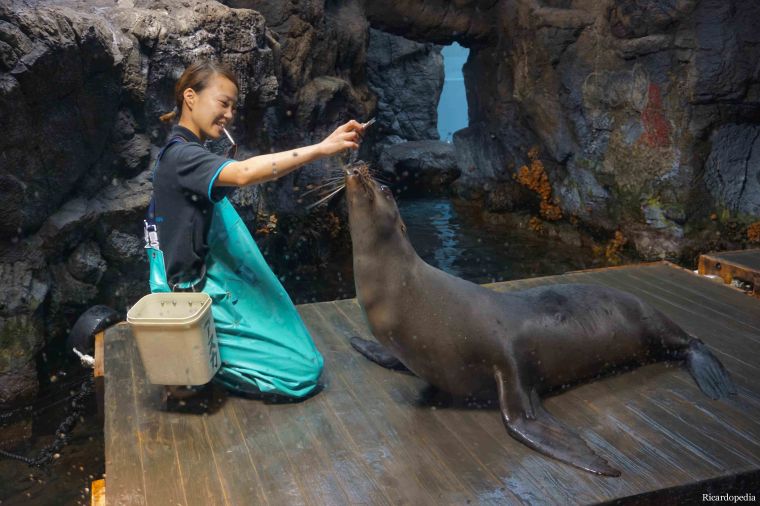 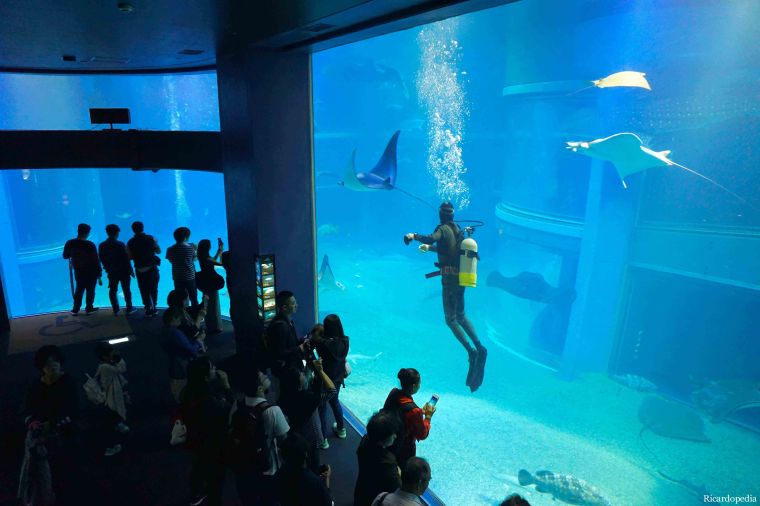 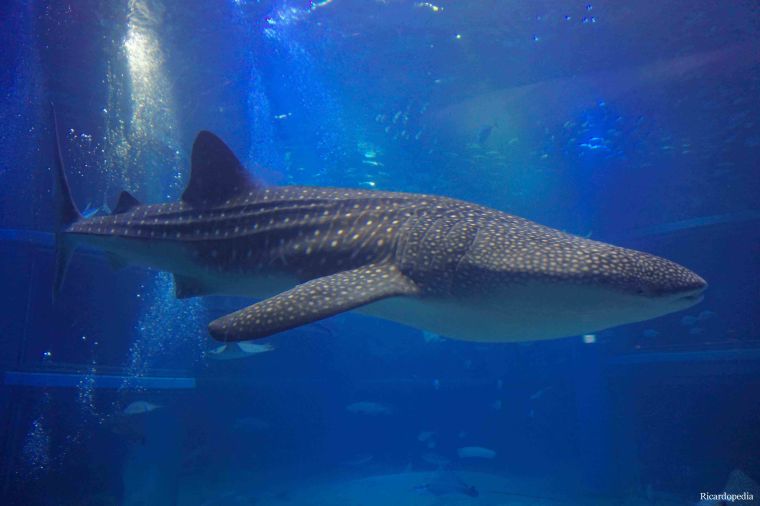 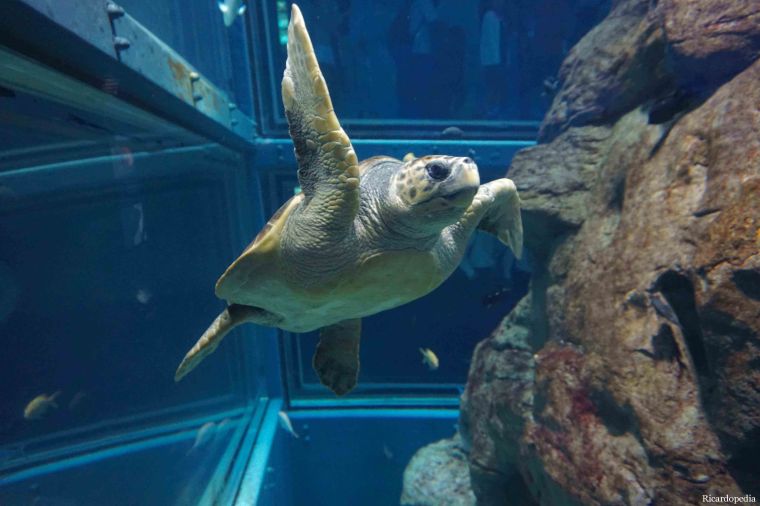 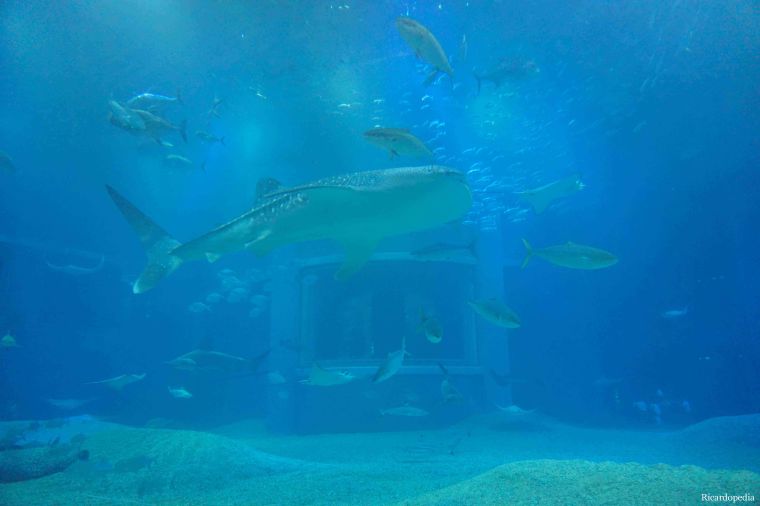 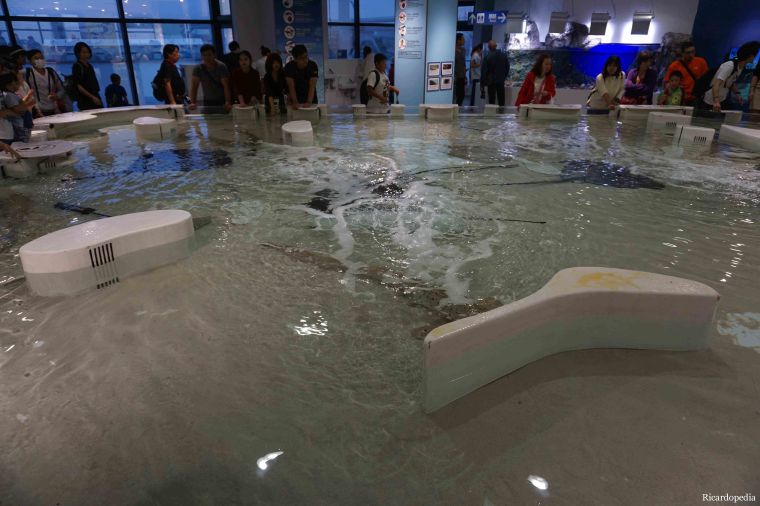 One of the days I was in Osaka a typhoon swept through town delivering very heavy rain at several points. A wet day like that seemed like a good one to stay mostly indoors, and I decided that I’d spend part of my time at the Osaka Aquarium. When you get to the aquarium you take an escalator to the top of the building and then steadily make your way down towards the ground level. The idea is that the highest level of the aquarium represents the ocean’s surface and as you go down in the aquarium you’re going deeper into the ocean. In the middle of the aquarium is a giant tank that you steadily spiral down around. The tank is home to a large amount of creatures from the Pacific Ocean, including two whale sharks. Near the end of the aquarium tour there’s also a shallow pool with rays and sharks that you can touch with your hands. I touched a nurse shark and its skin felt like sandpaper.