Today is the start of what will be a long series of posts chronicling my trip to Japan and Korea last year. Let’s get started. 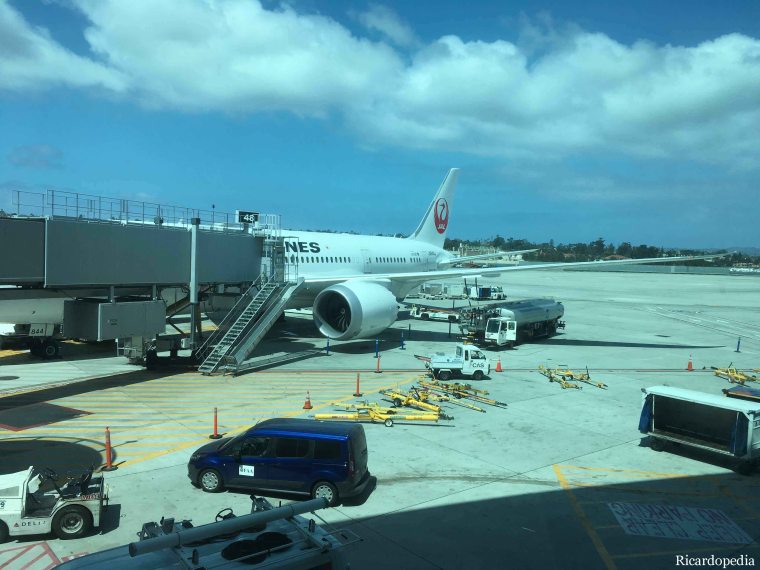 For my journey out to Japan and Korea I’d be flying from San Diego to Narita Airport via Japan Airlines. While there are direct flights from my home state of Colorado to Narita, it was significantly cheaper for me to first go to San Diego and from there get on a plane to cross the Pacific. I had a window seat near the rear of the aircraft looking out the right side. On my previous flight to Japan in 2017 I also had a window seat but I was sitting over the wings and didn’t have much of a view that time.

The flight itself wasn’t overly eventful, which is a good thing. I didn’t sleep at all and instead watched movies for most of the flight. This helped pass the time but left my eyes a bit strained. The one thing that I guess is most notable about the flight is that I got the feeling that the lady next to me was having a bad day. I tried my best not to add to whatever was bothering her and I felt really bad anytime I needed to get up to use the restroom.

Upon arrival at Narita Airport I cleared the Immigration and Customs lines pretty quickly and since I had no checked luggage I then immediately headed out to the public part of the airport where I withdrew some cash, picked up my pocket wifi device, and then headed downstairs to validate my rail pass and catch a NEX train into Tokyo. The journey had officially begun.