I had a great time on Rebun Island but it was now time to leave. In order to get back to Sapporo on time I needed to be on the first ferry of the day so I woke up early and shortly after breakfast the pension staff drove me down to the ferry terminal. As I was sitting in the waiting area I saw the ferry pulling into port. 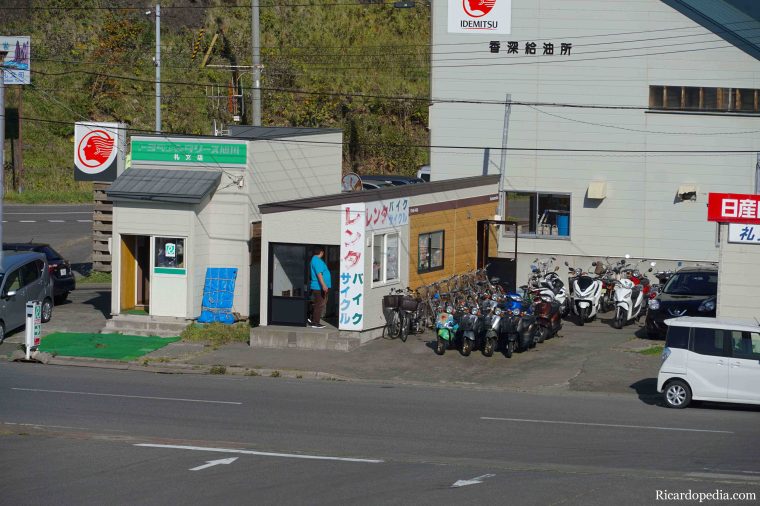 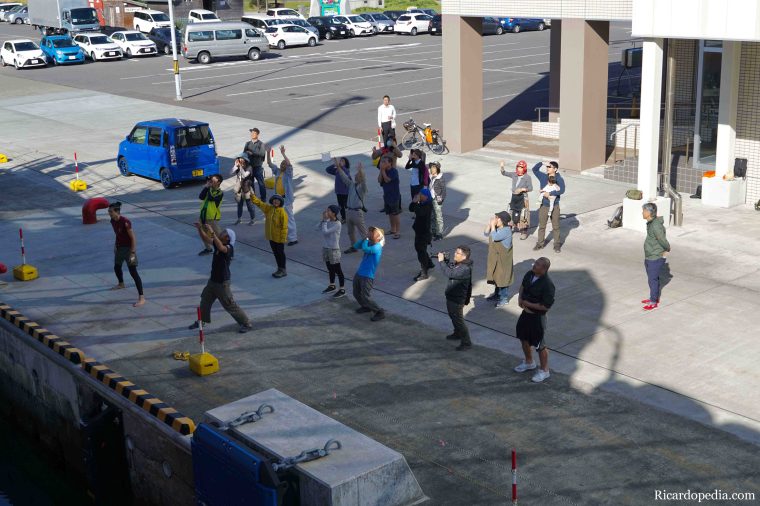 Once I was on the ferry I put my backdown down in the seating area and then went outside to the deck where I waiting for the ship to leave. About 20 other people were hanging around with me outside and on the upper level a cameraman had set up his tripod to record our departure. Not far from the port I could see the shop where I had rented a bicycle the previous day. A couple minutes before the boat left a group of people gathered at the dock and performed a chant and dance routine to say farewell to one of the other people who was on the boat with me. One of the staff at my pension had told me about these people and it turns out that they are the staff from a youth hostel on the west side of Rebun. Apparently they are locally famous for being a particularly cheerful and enthusiastic group of people. 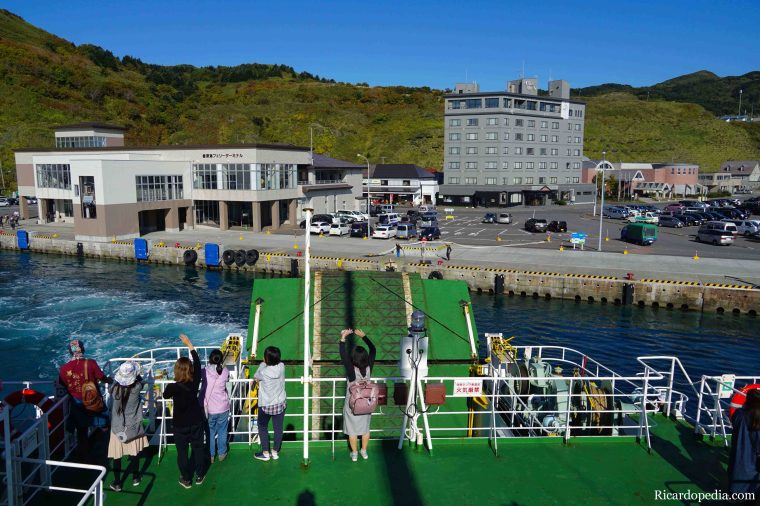 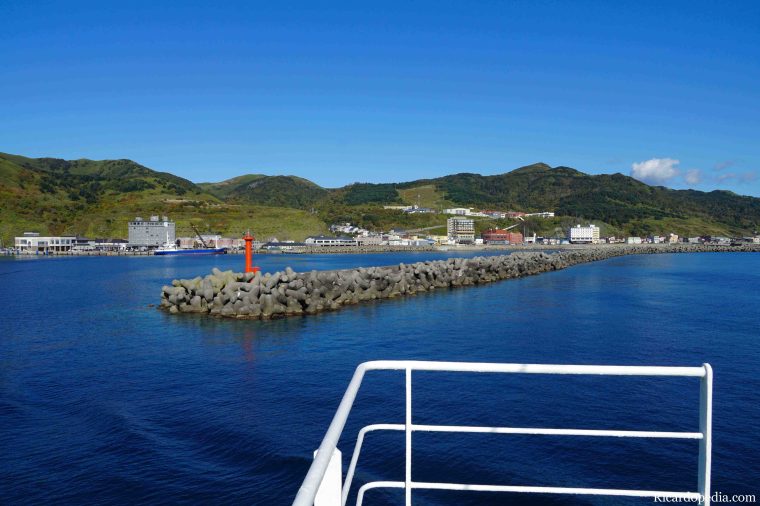 A short while later the ferry’s engines started up and soon afterwards it began to head out to sea. Though there was no one on the dock waiving at me personally I waived at Rebun as the ferry exited the harbor. My time on Rebun was over and now I had a 2-hour ferry ride back to the mainland.

I stuck around on the deck for a while after the ferry left the harbor. The ferry passed by Rishiri Island as Rebun steadily got smaller.

The economy class seating area on this particular ferry didn’t have any actual seats so everyone indoors was just sitting on the floor. Though I spent most of the ferry ride on the outdoor deck I came indoors a couple of times to listen to some music and do some brainstorming on the next few days of my travels.

Back out on the deck Rebun Island was slowly becoming flatter on the horizon. Hopefully that view won’t turn out be the last one I had of Rebun.

Eventually the ferry drew near to the Hokkaido mainland. It was kind of an odd feeling as the ferry steamed towards Wakkanai, like I had left one world and was now arriving at another. I went back inside to grab my backpack and prepare for departure. My traveling for the day was far from over and I had a long drive ahead of me to get back down to Sapporo.