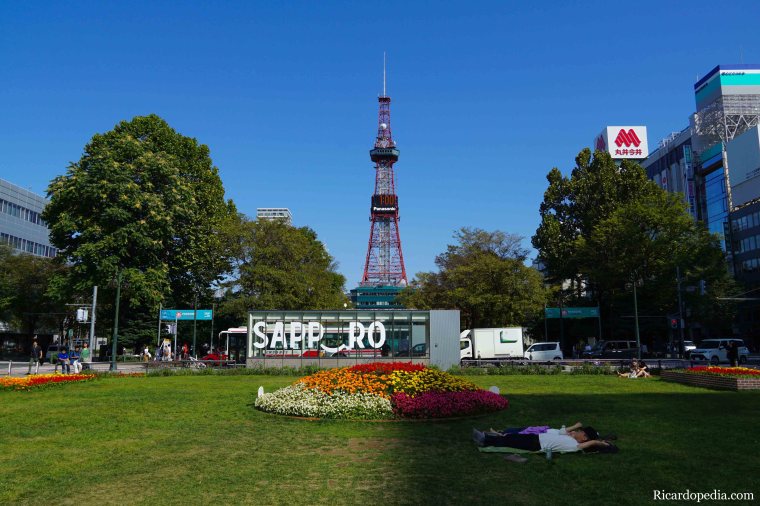 From Moerenuma Park I took a bus back to central Sapporo to grab my backpack and head for the airport. On my way to Sapporo Station I passed through Odori Park and got one last view of the Sapporo TV Tower. It was a nice day in Sapporo and I would have liked to stay longer but I needed to get on my flight to Seoul. At Sapporo Station I caught a train to New Chitose Airport, which is southeast of the city.

Once I was through airport security I went to my gate and just sat around until it was time to board my flight. To reach Seoul I’d be flying on Jeju Air, a discount Korean airline. I was fortunate enough to get a window seat for this flight and after sitting down I took one last photo of Japan from the ground. For the next two weeks I’d be in Korea, and even though two weeks isn’t that long in the grand scheme of things it still felt like I was going to be gone from Japan for quite a while.