Since I’m publishing photos from South Korea at the moment I figured I’d give a little piece of travel advice for anyone who might be thinking of going there. Whereas Google Maps works very well in America, Europe, Japan, and many other places, it’s not particularly reliable in South Korea. The Korean government has refused to allow foreign companies to have the full range of their domestic geographic data and consequently Google Maps doesn’t work too well there. You can certainly use Google Maps purely for a basic map of the country and in Seoul and Busan it does a decent job with supplying bus schedules and routes, but not much else.

To demonstrate the issues with Google Maps in Korea, take a look at the screenshot below that I took. I asked Google Maps to get me from Itaewon Station to Namsan Seoul Tower by public transit. 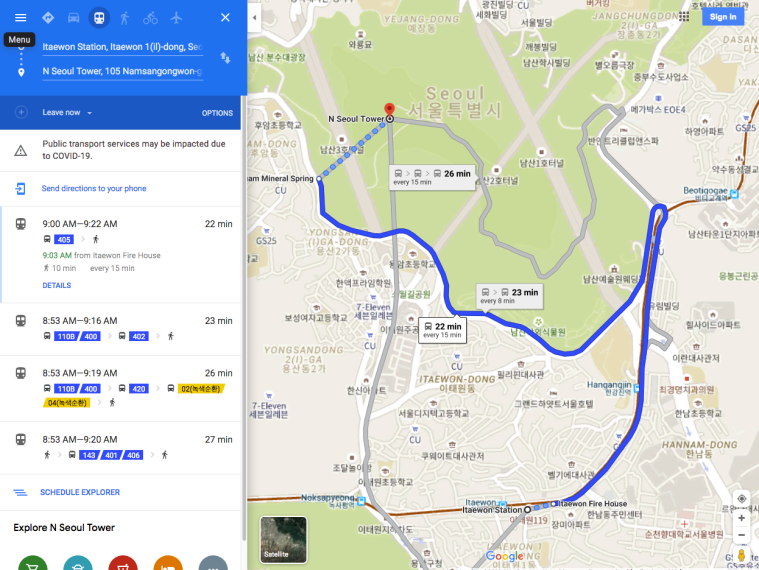 As you can see, Google Maps does an ok job with bus routes, but what a new visitor to Seoul might not realize is that there actually is no walking path up the mountain from the bus stop that this route has you get off at (I would know, because on my first visit to Seoul in 2017 I trusted Google Maps and got off at that station). To reach Namsan Seoul Tower from there you’d have to run straight up the mountain, cutting through the forest. The grayed-out route is better in that the bus will actually deliver you to the tower, but Google Maps hilariously thinks that the bus will then go crashing down the mountain on its way back to Itaewon. If you’re in Korea it can be pretty funny to ask for walking or driving directions between two locations and watch as it tells you to become the Hulk and just smash through every building in your path.

Outside of Seoul and Busan, Google Maps is even less reliable, to the point where it’s only good as a map. In smaller towns it has no clue what the local public transit schedules are, or it will give you obviously incorrect information. No joke, in the town of Jeonju the bus info on Google Maps was so wrong that I found that it was better to just consult the timetables and maps at individual bus stops. 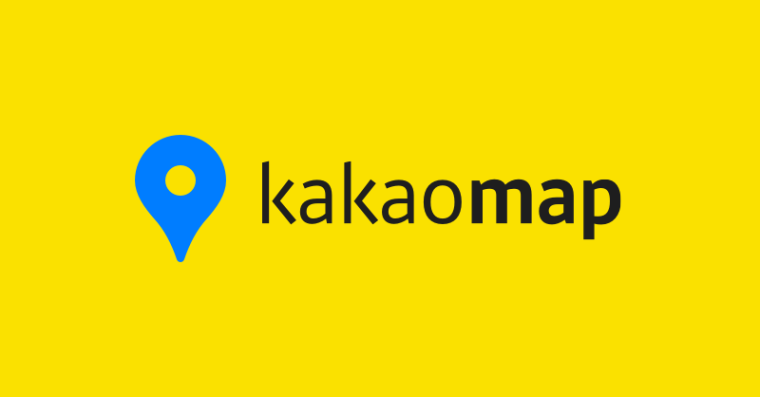 Since Google Maps isn’t good for Korea, you’ll want to use a different app for navigation. The most popular map app in Korea seems to be KaKaoMap, which is available for both iOS and Android. I can’t say how it compares to other Korean map apps but unlike Google Maps it is fully functional in Korea, which is all I ask of it. Just be sure to download and open the app before leaving for Korea, since you’ll need to create a KaKao account to use it.