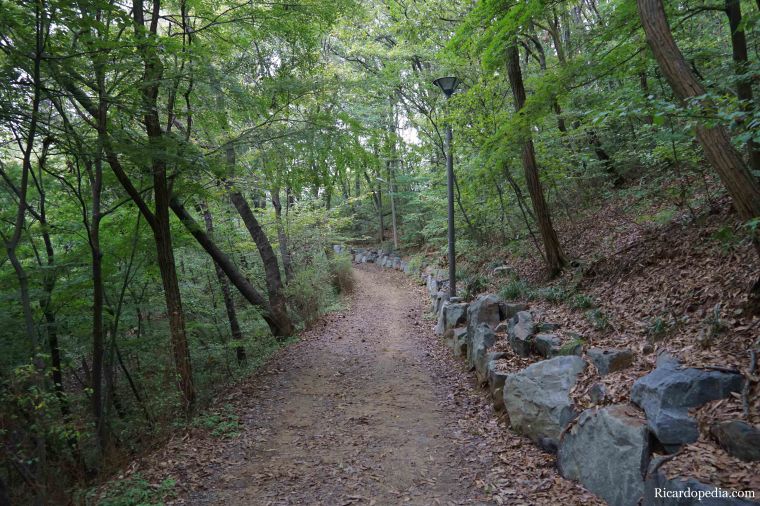 The next morning the sky was covered in thick clouds and a few scattered drops of rain were falling but I decided to go for one more walk before I left Jeonju. On the south side of the river there was supposed to be a scenic spot on top of a hill and I headed down to see if I could find it.

I ended up having to take a different route than originally planned in order to climb the hill but on my way I got some views of Jeonju’s residential neighborhoods. 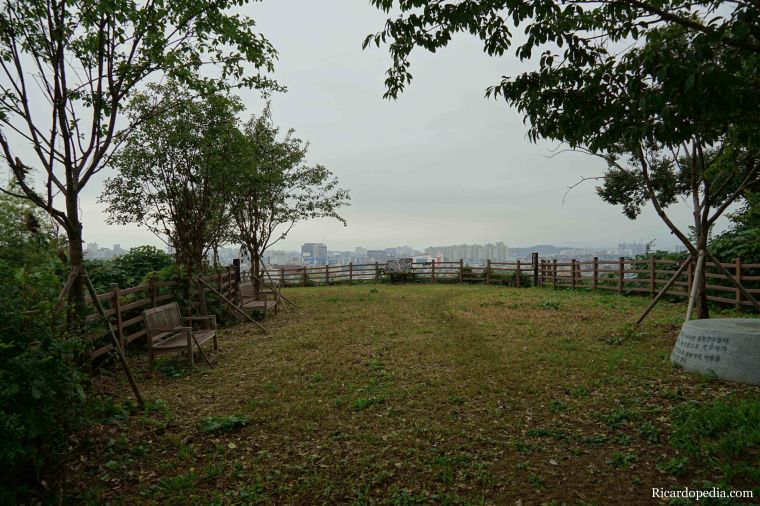 After some more climbing I reached the scenic spot. Looking down, I could see most of Jeonju’s sightseeing region, including the Nambu Market, Jeondong Cathedral, Gyeonggijeon Shrine, Pungnammun Gate, and the Jeonju Hanok Village. It would have been nice to have clear skies but even with the blanket of clouds it was still a nice view.

When I came down from the hill I crossed the river again and I found another one of those stone pathways that can be used when the river isn’t too high. At this crossing the stones were above the water except for the one closest to my side of the river. I briefly thought about attempting to go across here but decided it was best not to risk it.