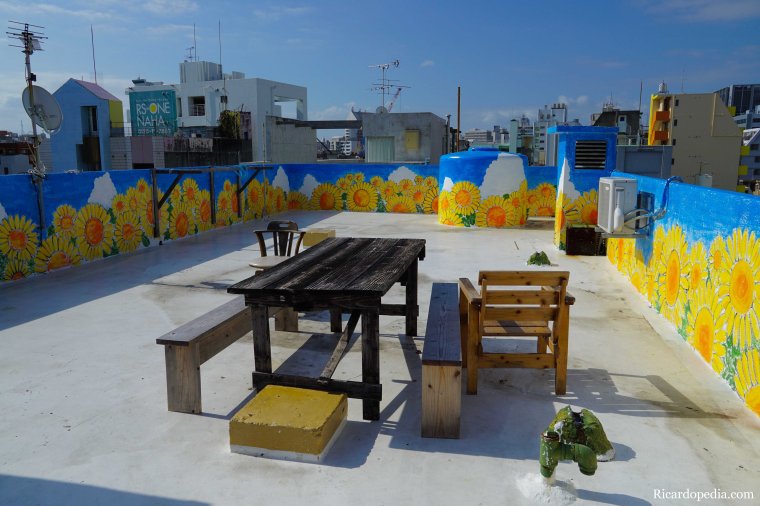 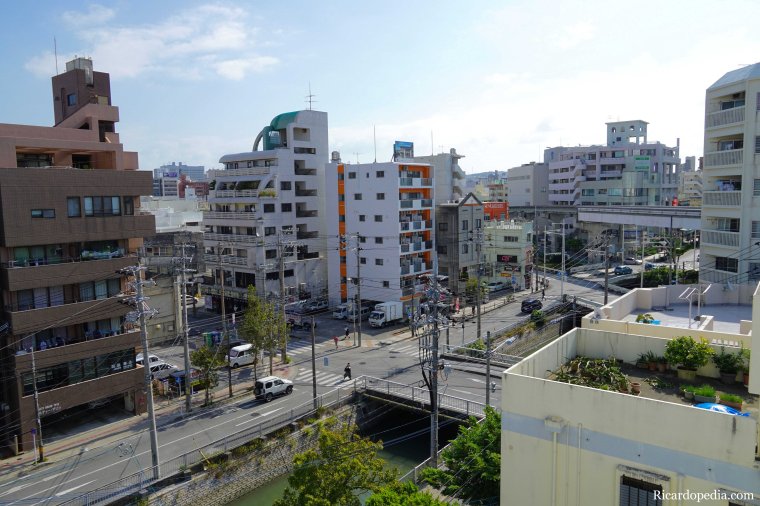 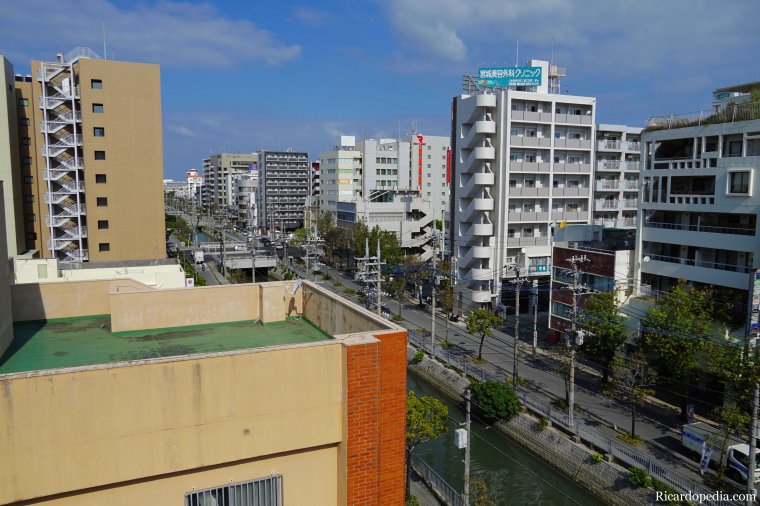 On my arrival night in Naha I got some of the best sleep of my entire trip across Japan and Korea and I woke up the next morning surprisingly refreshed. The hostel I was staying in had a rooftop patio and as I was getting ready for the day I went up there to get a view of my neighborhood. Naha is the capital of Okinawa Prefecture and home to over 300,000 people, as can be seen by how urban the Naha area is. As I was looking around I could tell that even though I was in Japan I was in a part of the country that was different from the rest. Naha is a bit more colorful and chaotic that its sister cities on the mainland and feels almost like a cross between Japan and parts of Southern California. I could also tell that it was going to be very warm that day, even though it was almost mid-October, so I made a mental note to be carrying a full bottle of water.

That morning I also had a can of Boss Coffee’s Rainbow Mountain Blend. Normally I have a strong distaste for coffee but while in Japan and Korea I had developed a strange affinity for Rainbow Mountain Blend and would buy a can every once in a while. Once I finished with my can and loaded up my daypack I headed out to start my sightseeing in Naha.