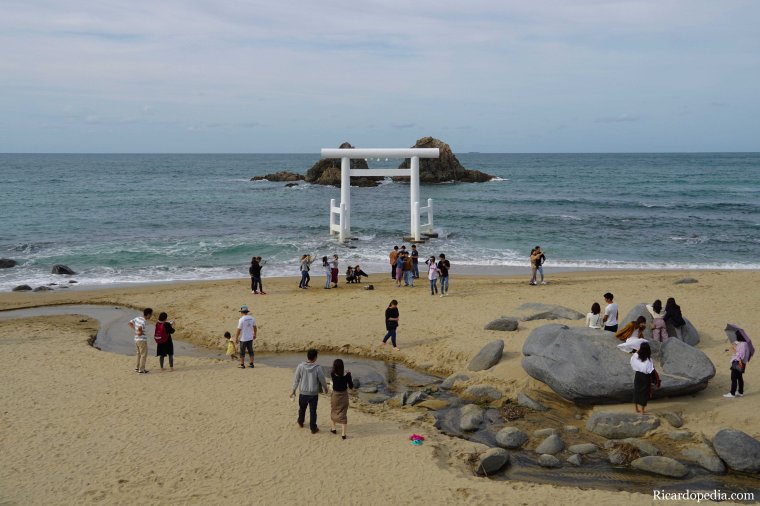 A few more miles of cycling along the coastal road brought me to the wedded rocks of Futamigaura, which would be my final sightseeing stop of the day. A short distance out in the bay is a pair of rocks that are connected by a heavy prayer rope, with a white torii gate between them and the beach. This is the one legit tourist attraction in Itoshima (that I’m aware of) and it gets a fair amount of visitors, both from the Itoshima area and from Fukuoka. 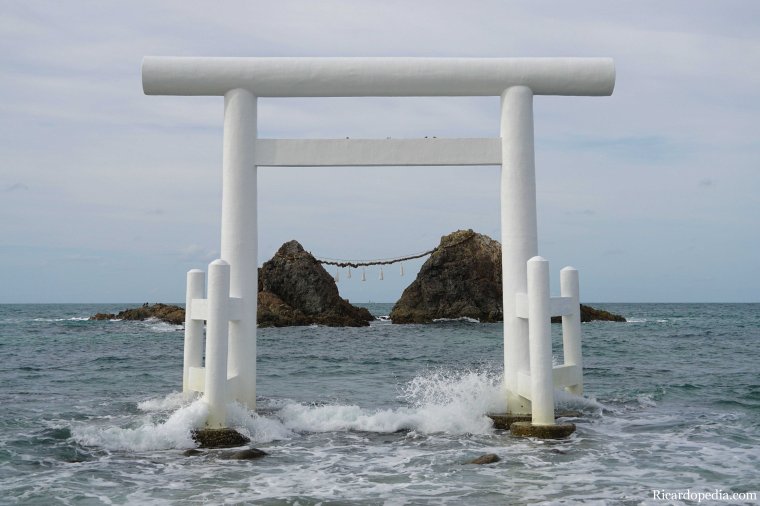 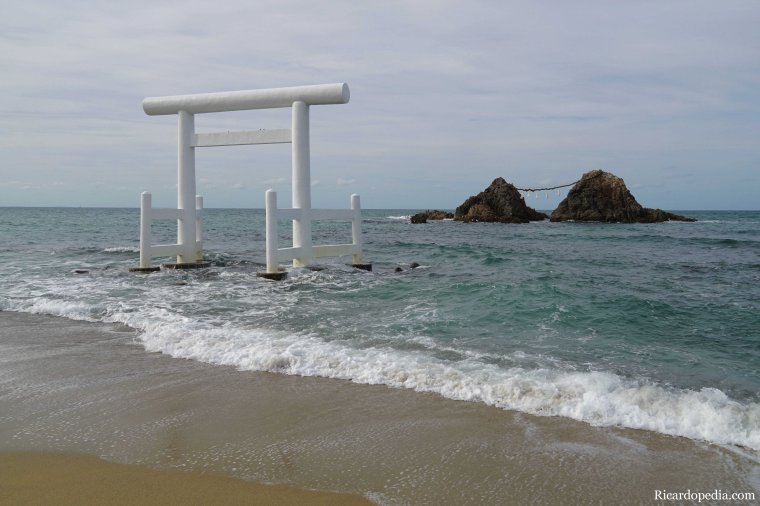 The wedded rocks of Futamigaura are called Meoto Iwa in Japanese and the larger rock is considered to be the husband rock, while the smaller rock is the wife. Each year the rope connecting them is replaced as part of a ceremony, but because the rope is so heavy it requires a team of 50 men to hang it. The white torii gate in front of the rocks is surrounded by water at high tide but at low tide you can walk out to it. In that sense it’s similar to the famous torii gate at Miyajima, but you’re not going to see Itoshima’s floating torii on any major tourism ads. In 2017 I had bicycled out to the wedded rocks and that year there were these orangey-red marks on the torii gate that sort of made it look like the gate was bleeding. Because of that I nicknamed this particular gate “the wounded torii.” Between 2017 and 2019 the gate must have gotten a new paint job since it was now a pristine white color, and thus I gave it a new nickname—“the healed torii.” The sight of the gate with the rocks behind it makes for some great photos and at some point in the future I’ll hopefully be able to come back and be on the beach at sunset.

If you’re ever in the Itoshima region the wedded rocks are definitely a place to visit, though try to come by on a weekday. On weekends and holidays visitors can swarm the beach and the parking lot fills up quickly. I was there on a weekend, but because I came by bicycle (and because it was late October) I was able to pay a visit without any trouble.