While I was in the Okayama region I traveled about 10 minutes north of the city to take a long bicycle ride across the Kibi Plain. This would be my third and final bicycle adventure while in Japan (the previous two being the journeys I took on Rebun Island and the Itoshima Peninsula) and for this one I’d be following a path derived from Japanese folklore. An old legend tells the story of Prince Kibitsuhiko who came here to fight an ogre and pacify this region of Japan, and today there’s a 17-kilometer bicycle route that roughly follows his footsteps. 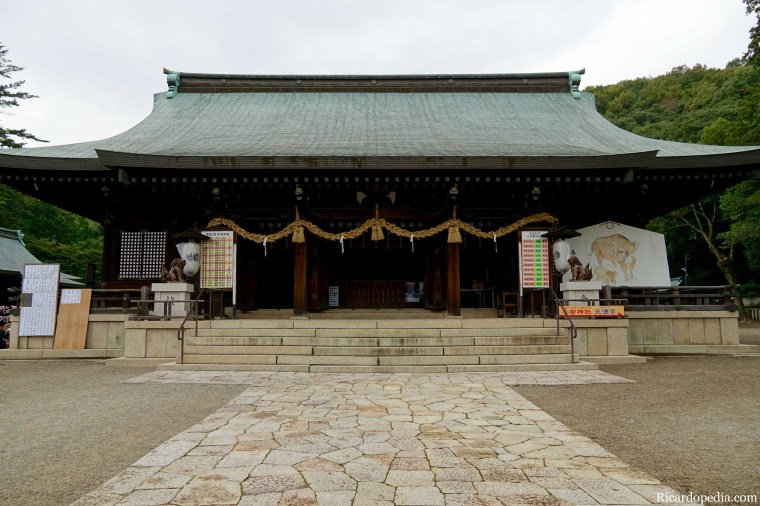 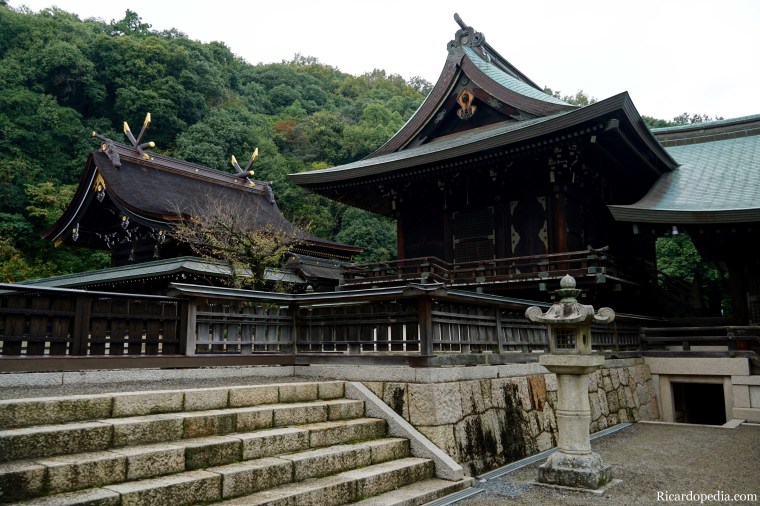 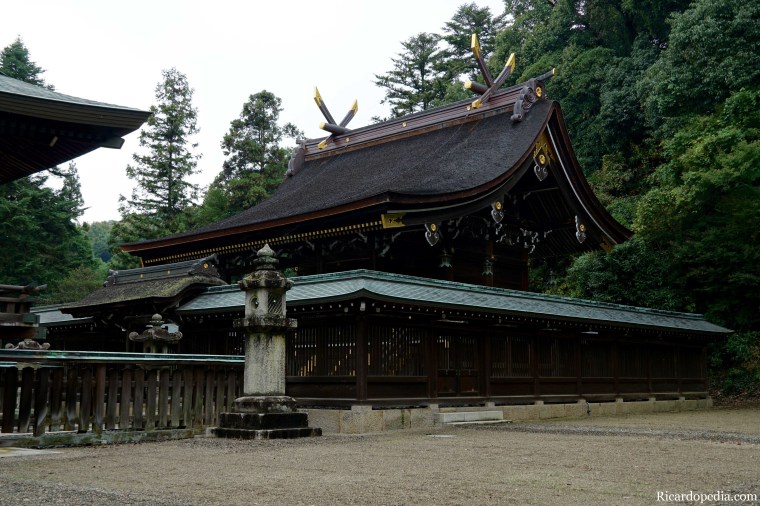 To start my bicycle journey I took a train up to Bizen-Ichinomiya Station and rented a bicycle from a shop right outside the train station (it’s literally on your right the moment you step out of Bizen-Ichinomiya Station). Once I had my bicycle I peddled over to the starting point of the route at Kibitsuhiko Shrine. This shrine is just on the other side of the train tracks from the bicycle rental shop and it is said that Prince Kibitsuhiko prayed at this spot before heading off on his quest to slay the ogre. Kibitsuhiko Shrine was first built in 1697 and then reconstructed to its current version in 1936. 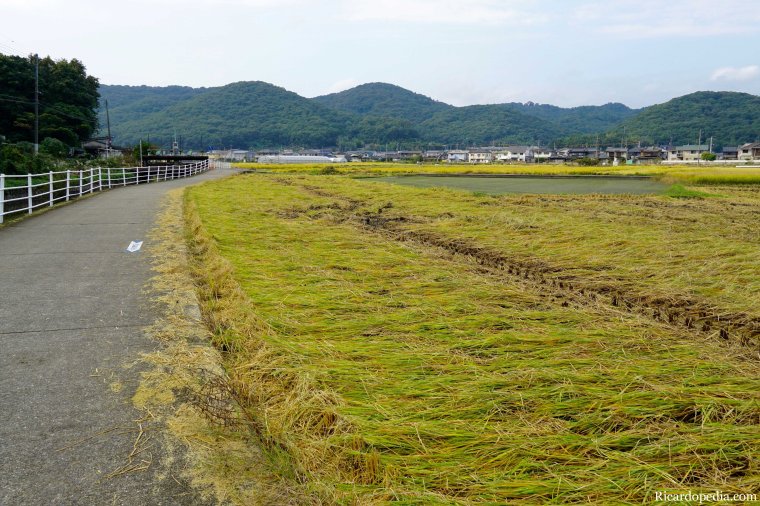 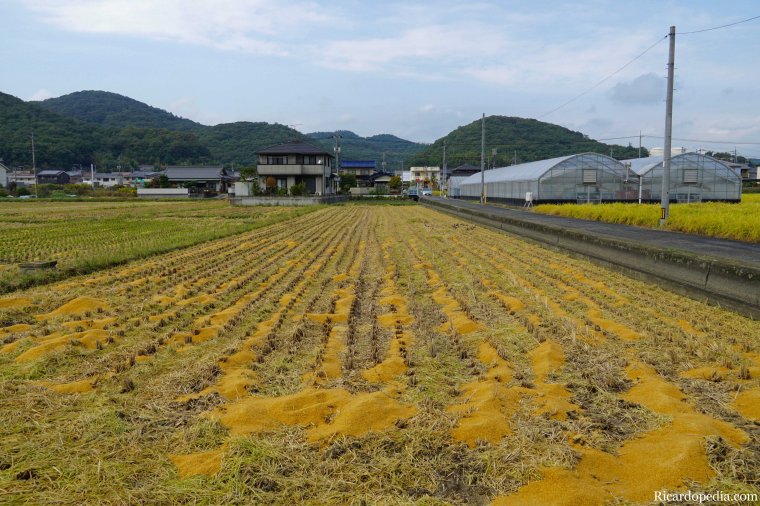 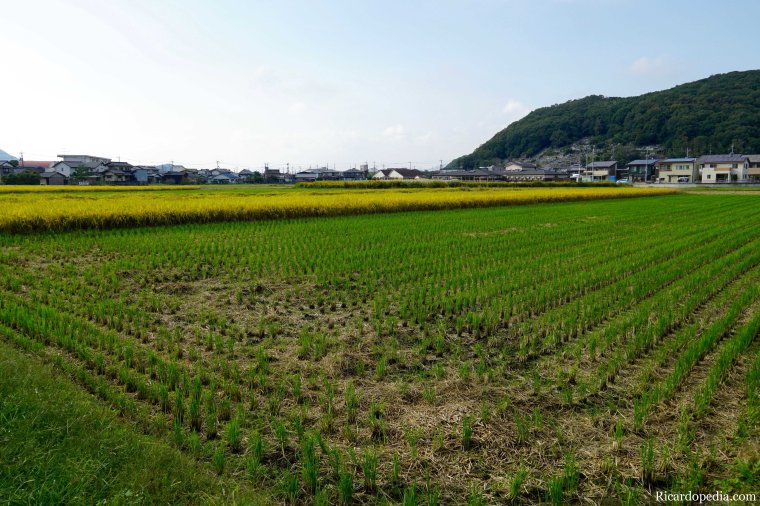 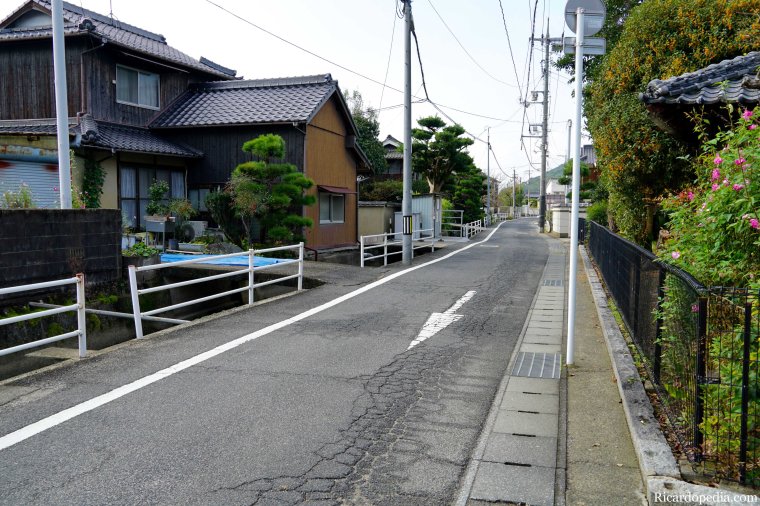 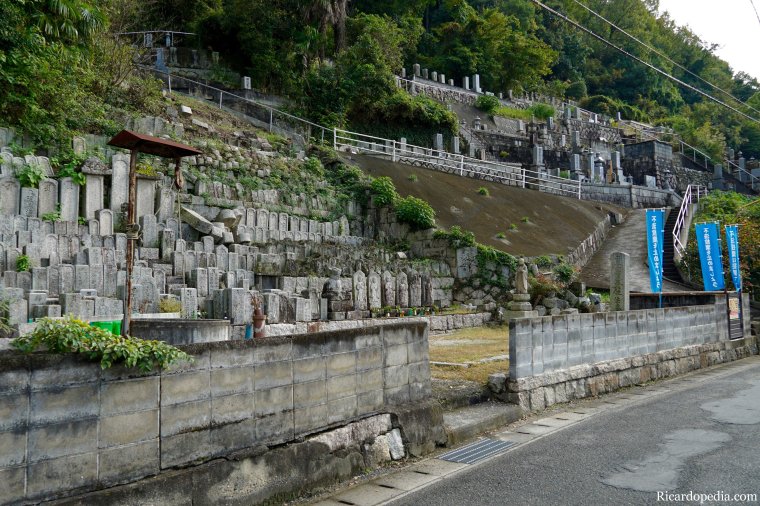 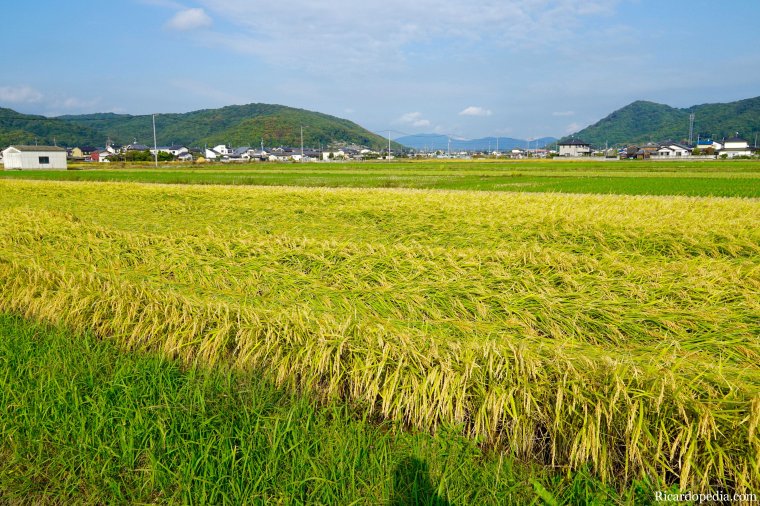 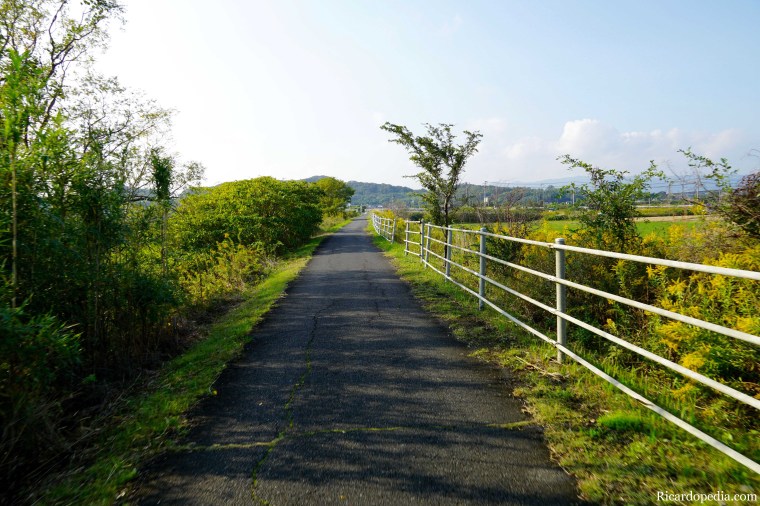 The cycling path across the Kibi Plain courses through rural Japan, going past farmland and through small towns. If you’ve only seen the urban parts of Japan this is a really nice way to see a different side of the country. A few temples and shrines are located along the path while a couple others require a short detour off of it. The terrain in this part of Japan is very flat and just about everyone should be able to complete the journey without too much difficulty.

At one point I stopped to take a photo of my rental bicycle alongside a rice field. It was a simple bicycle with three gears and a basket but it was more than enough to handle an easy ride like the one I was on.

Not too far from where I photographed my bicycle I came across the trucks in the photo above. I wasn’t expecting to encounter custom vehicles like this in rural Japan I guess there are some automotive enthusiasts who live out here in the countryside. In my head I refer to this photo as The Fast And The Furious: Rural Japan Drift.

Although the bicycle route is fairly well indicated there were a scattered few spots where I wasn’t 100% sure if I was going the right way and at one point I made a wrong turn because I had missed the route marker. Before starting my ride I had looked online to see if there were any potential problems I should be aware of and the intersection that I photographed above came up on several people’s blog posts about bicycling the Kibi Plain. In previous years there had only been the top two signs on the pole, which can be confusing if you can’t ready Japanese, but thankfully the bottom two signs had been added recently and made it more clear which way I needed to go.

By the time I had cleared that intersection I was about 2/3 of the way through my bicycle trip and tomorrow I’ll share photos from the remaining part of the ride.