My cycling journey across the Kibi Plain continued as I steadily moved westward along the bicycle route (for part 1, see the previous post here). As I was peddling across the Japanese countryside I noticed few large burial mounds among the rice fields. These burial mounds are very old, dating back to around the 4th-6th century, and some of them have small shrines at the top. I didn’t stop at any of them because I was concerned about losing too much time but in retrospect I wish I had paid at least a quick visit to at least one of them. 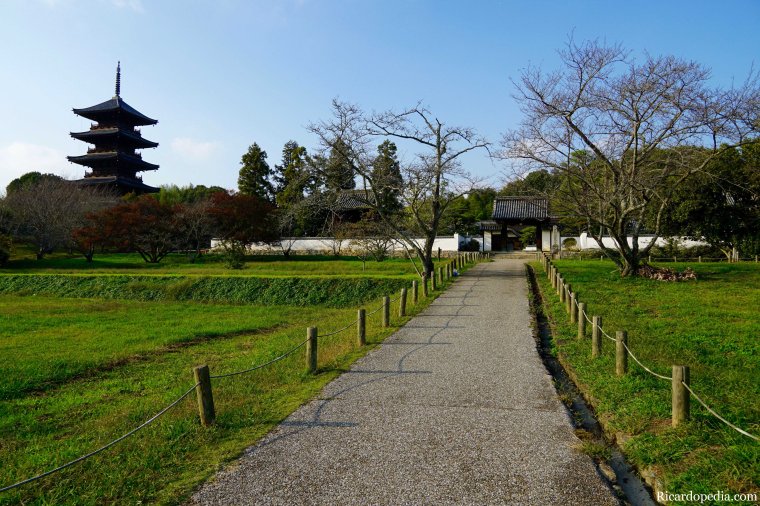 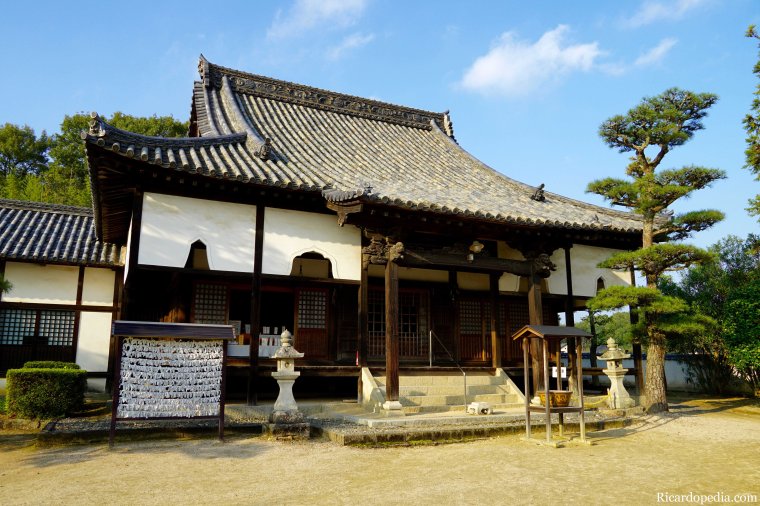 About 3/4 of the way along the bicycle route I arrived at Bitchu-Kokubunji Temple. This Buddhist temple was originally founded in 741 and is best known for its five-story pagoda. In the 1300s the temple burned down and the site would remain in ruins for about 400 years until reconstruction finally occurred in the early 1700s. The pagoda we see today was built in the 1840s. 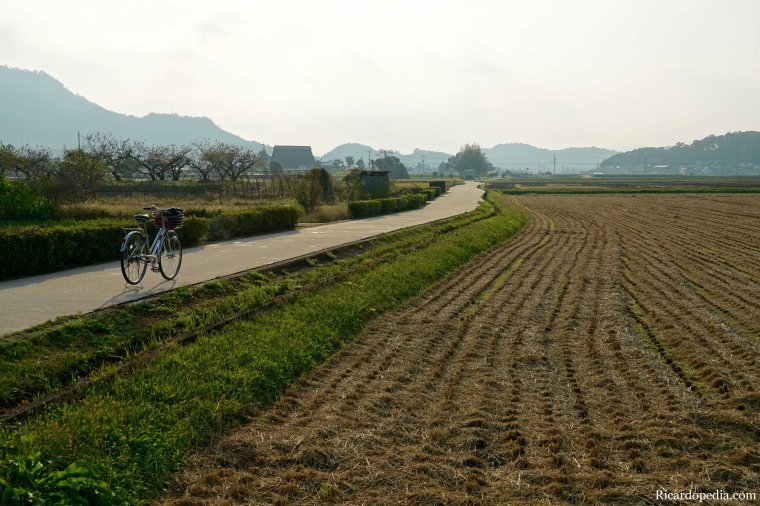 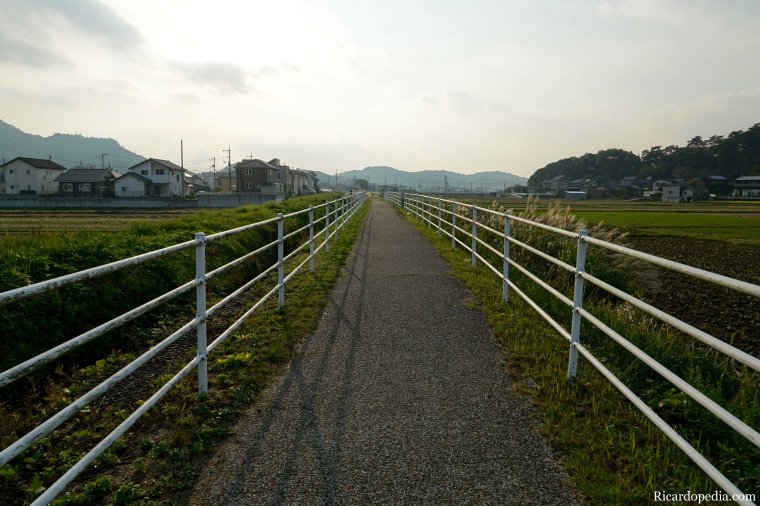 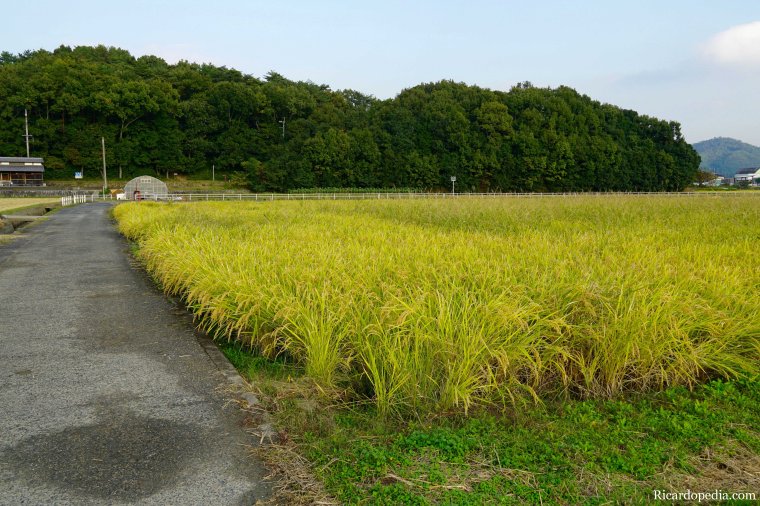 After leaving Bitchu-Kokubunji Temple I began the final stretch through the Japanese countryside that would take me close to the end of the bicycle route. The rice fields alongside the road were in varying states of growth, with some having been recently harvested while others were showing green shoots and a few more looking like they were getting close to maturity. It was late afternoon, so I couldn’t stop too often but I tried not to be peddling quickly and to enjoy the scenery as much as I could. I knew I was getting near the end of the route when I finally entered the town of Soja. 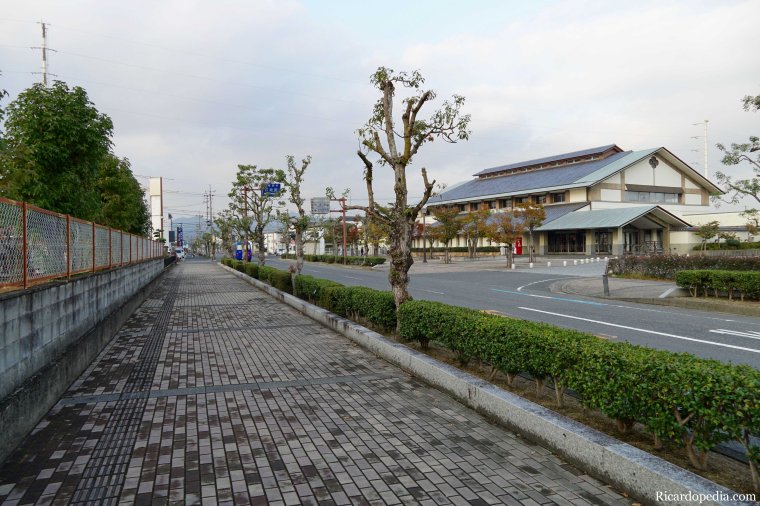 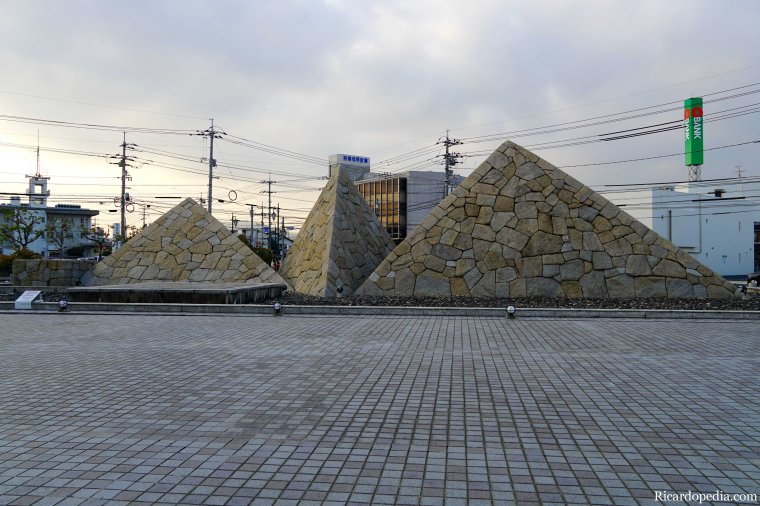 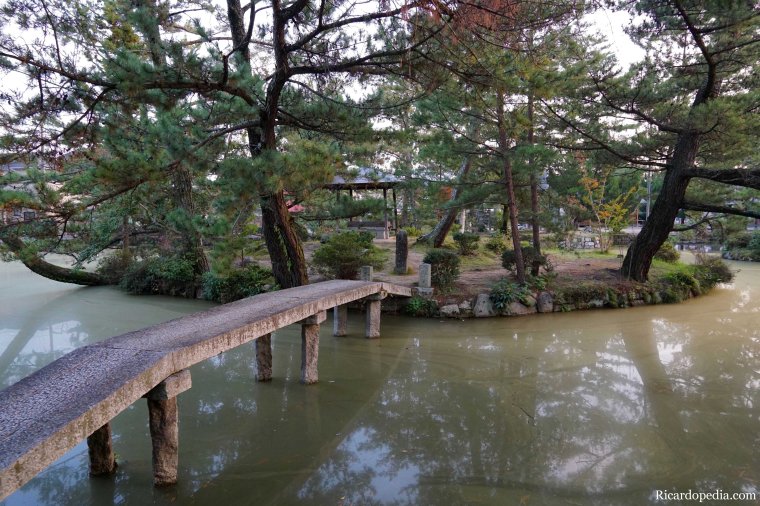 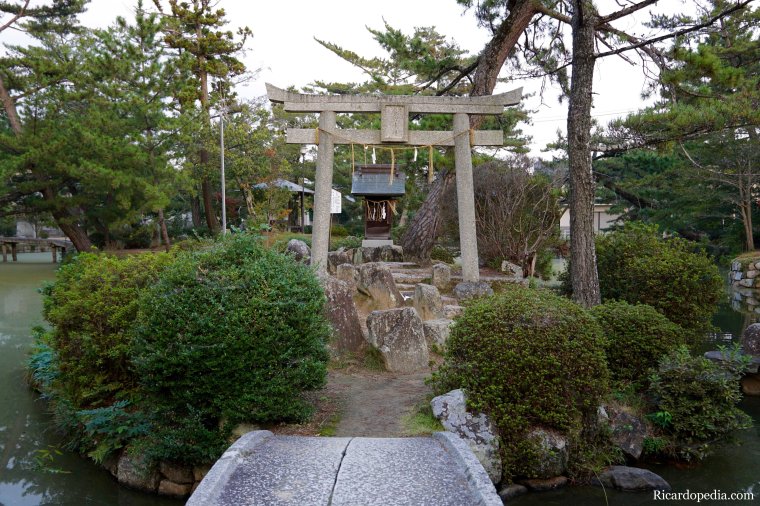 As I navigated the street of Soja I pulled over by some pyramid sculptures in front of the city’s concert hall to see how much time I had left. To my surprise I still had over half an hour to go before I needed to get my bicycle to the shop near the train station, so I detoured up to Bicchukoku Soja Shrine for a short stopover. Although the shrine isn’t particularly grand it’s got a nice, calm atmosphere to it and it feels like the place you’d go to recharge after a stressful day. The long covered corridor that leads to the main altar of the shrine makes for some good photo opportunities.

Soon enough it was time for me to leave the shrine and go to the bicycle shop near JR Soja Station. There I handed off my bicycle to the staff and then began the train ride back towards Okayama. I knew that there wouldn’t be any more bicycle expeditions for the remainder of my time in Japan and the end of my ride across the Kibi Plain felt like the conclusion of another chapter in my journey across the country.